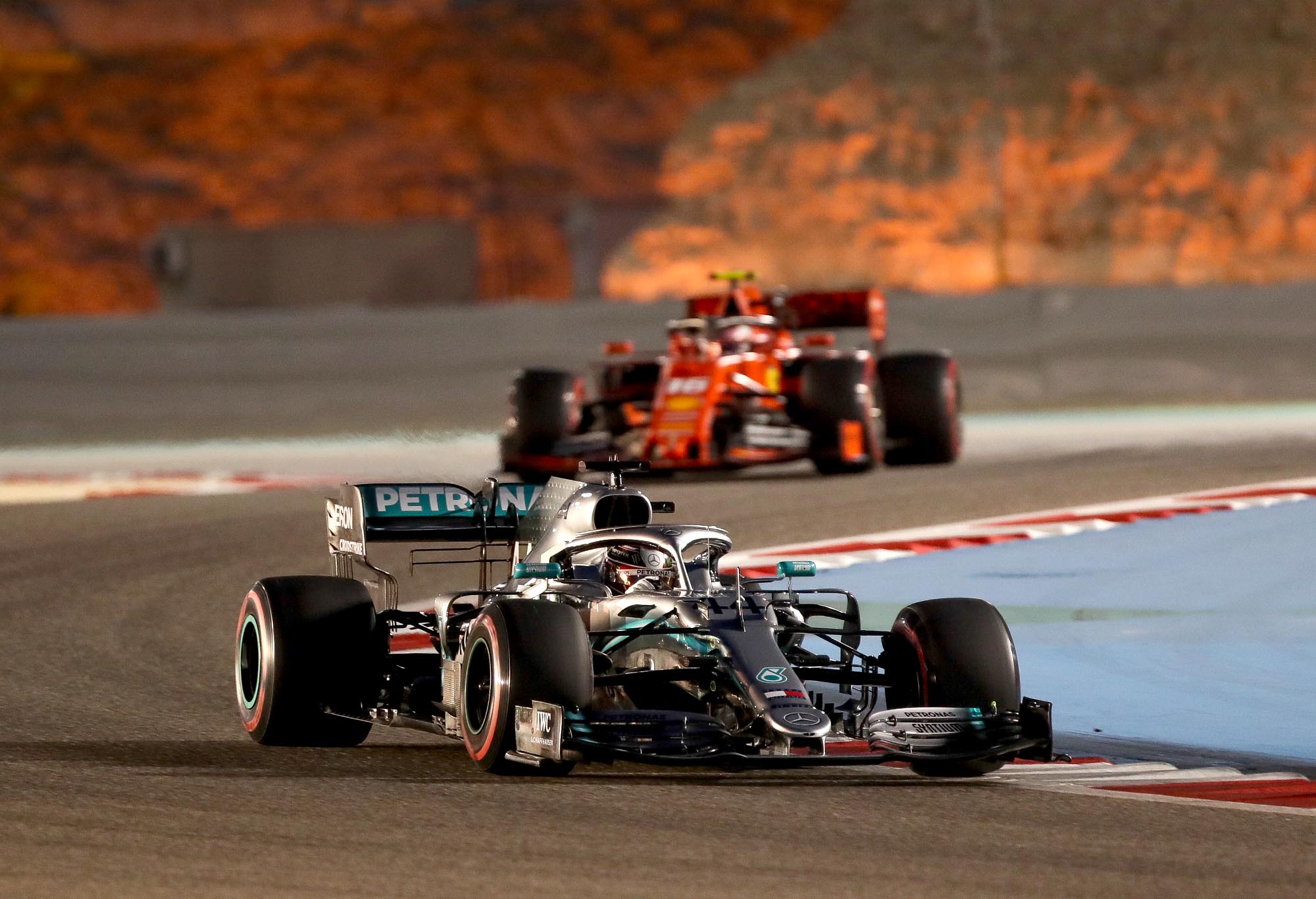 Lewis Hamilton has powered to his first win of the season in Bahrain after polesitter Charles Leclerc ceded the lead with engine troubles. END_OF_DOCUMENT_TOKEN_TO_BE_REPLACED

Charles Leclerc has taken the first pole position of his Formula One career by breaking the all-time track record at the Bahrain Grand Prix. END_OF_DOCUMENT_TOKEN_TO_BE_REPLACED

Why Bottas has marked himself as the Mercedes number two

Sebastian Vettel and Ferrari will attempt to take three wins from the first three races this weekend in Shanghai, but no-one is pretending the first two victories were earnt on pure pace alone. END_OF_DOCUMENT_TOKEN_TO_BE_REPLACED 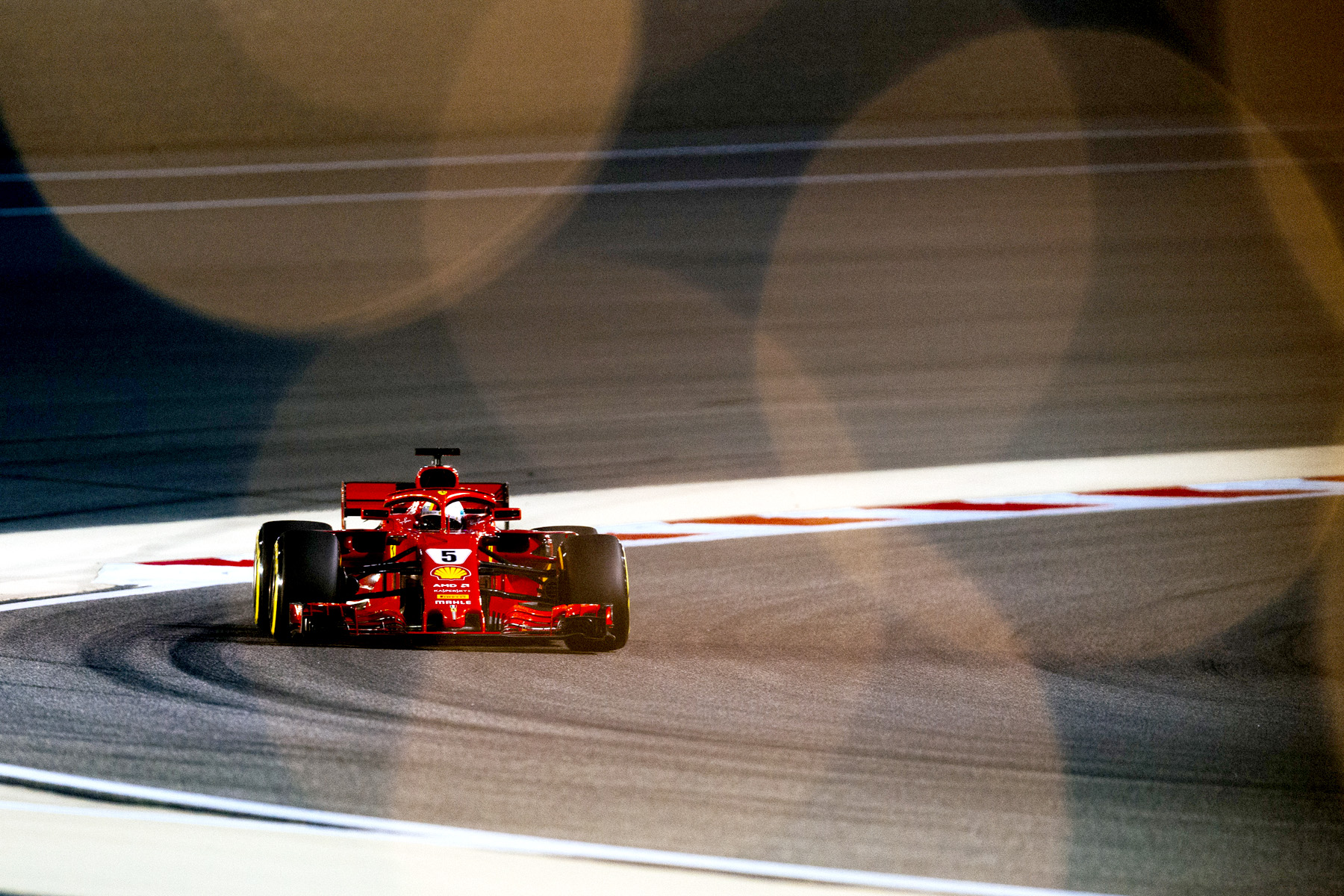 Ferrari’s Sebastian Vettel has sensationally escaped from the clutches of Mercedes’s Valtteri Bottas in a thrilling final-laps chase for victory at the 2018 Bahrain Grand Prix. END_OF_DOCUMENT_TOKEN_TO_BE_REPLACED

Sebastian Vettel has taken Ferrari’s first pole position of the season with a last-gasp qualifying lap in Bahrain.

The German spent most of the day behind teammate Kimi Raikkonen, and the Finn held provisional pole over Vettel by 0.095 seconds after the first Q3 runs, but he reversed his deficit by more than two tenths, securing P1 by 0.143 seconds

“Quite intense!” Vettel said. “First run in Q3 I was very happy — and then I tossed it away in the last corner.

“Really happy that I got the second run and got it clean.

“The car was excellent all weekend so far, so I’m looking forward to tomorrow.”

Raikkonen has always performed strongly in Bahrain, so the Finn was disappointed to the inferior driver in Ferrari’s front-row lockout.

“For sure not ideal. Far from ideal in the last turn with the traffic, but what can I do?” he asked rhetorically.

“I think it felt okay,” he said. “The laps were okay and getting better towards the end. I got it more or less.

“I think these guys with the red car are just a bit too quick. We can’t be happy with this, but we’re looking forward to tomorrow.”

Lewis Hamilton qualified fourth, 0.1 seconds behind Bottas, but the reigning world champion will serve a five-place grid penalty for a gearbox change and start from P9.

Pierre Gasly completed a sensational afternoon by setting the sixth-fastest time, marking his Toro Rosso-Honda team as the fastest car of the midfield in Bahrain.

The Frenchman, Haas’s Kevin Magnussen, Renault’s Nico Hulkenberg and Force India’s Esteban Ocon will be bumped up to placed five to eight ahead of the penalised Lewis Hamilton.

Renault’s Carlos Sainz qualified 10th and last for the session.

QUALIFYING TWO
There were two extra Q3 spots up for grabs with Max Verstappen sitting out Q2 after his earlier crash and Romain Grosjean eliminated in Q1, and the shootout came down to a battle between Force India and Toro Rosso.

Pierre Gasly was in impressive form all afternoon and secured ninth in the session for Toro Rosso-Honda ahead of Force India’s Esteban Ocon in 10th.

Brendon Hartley missed out on getting a second Toro Rosso into the shootout by less than a tenth of a second in P11, but he kept at bay Sergio Perez in P12.

McLaren only just scraped through to Q2 in the first place and ended up playing little part in the fight for the top 10, with Fernando Alonso and Stoffel Vandoorne qualifying P13 and P14.

QUALIFYING ONE
With the sun set and the floodlights on, Toro Rosso sent Brendon Hartley out amongst the first group of drivers to set a time early, but the Kiwi’s car was struck by a bird, damaging his front wing and requiring a change.

It was the first incident of an action-packed session as the drivers adjusted to the cooler night-time conditions after the sunny FP3 earlier in the day — Max Verstappen caused a temporary halt to proceedings with five and a half minutes remaining when he crashed his car at turn two.

The Red Bull Racing driver oversteered on the corner apex and lost control of the rear, sending him sliding into the inside barrier.

When the session resumed Kimi Raikkonen, Sebastian Vettel and Valtteri Bottas sat atop the time sheet despite setting their best times on the soft-compound tyre to maintain their reserves of the faster supersoft tyres for later sessions. Neither they nor Lewis Hamilton and Daniel Riccardo in fifth and sixth left the pits for another lap.

But the final moments of the session were chaotic, with all 14 remaining drivers taking to the track at once.

McLaren’s Fernando Alonso was the man under most pressure after failing to set a time good enough for the top 15 thanks to a yellow flag disabling his DRS on his fastest lap.

The Spaniard improved his time, but not by much — he set the same time as Haas’s Romain Grosjean, who was the first driver eliminated in P16, but edged him by setting it first.

The Frenchman put his comedown from P7 on the Australian grid two weeks ago to a bad out-lap.

Sauber’s Marcus Ericsson qualified P17 but half a second behind the Haas, with William’s Sergey Sirotkin a further 0.4 seconds behind the Swede.

Their respective teammates, Charles Leclerc and Lance Stroll, qualified in P19 and P20. 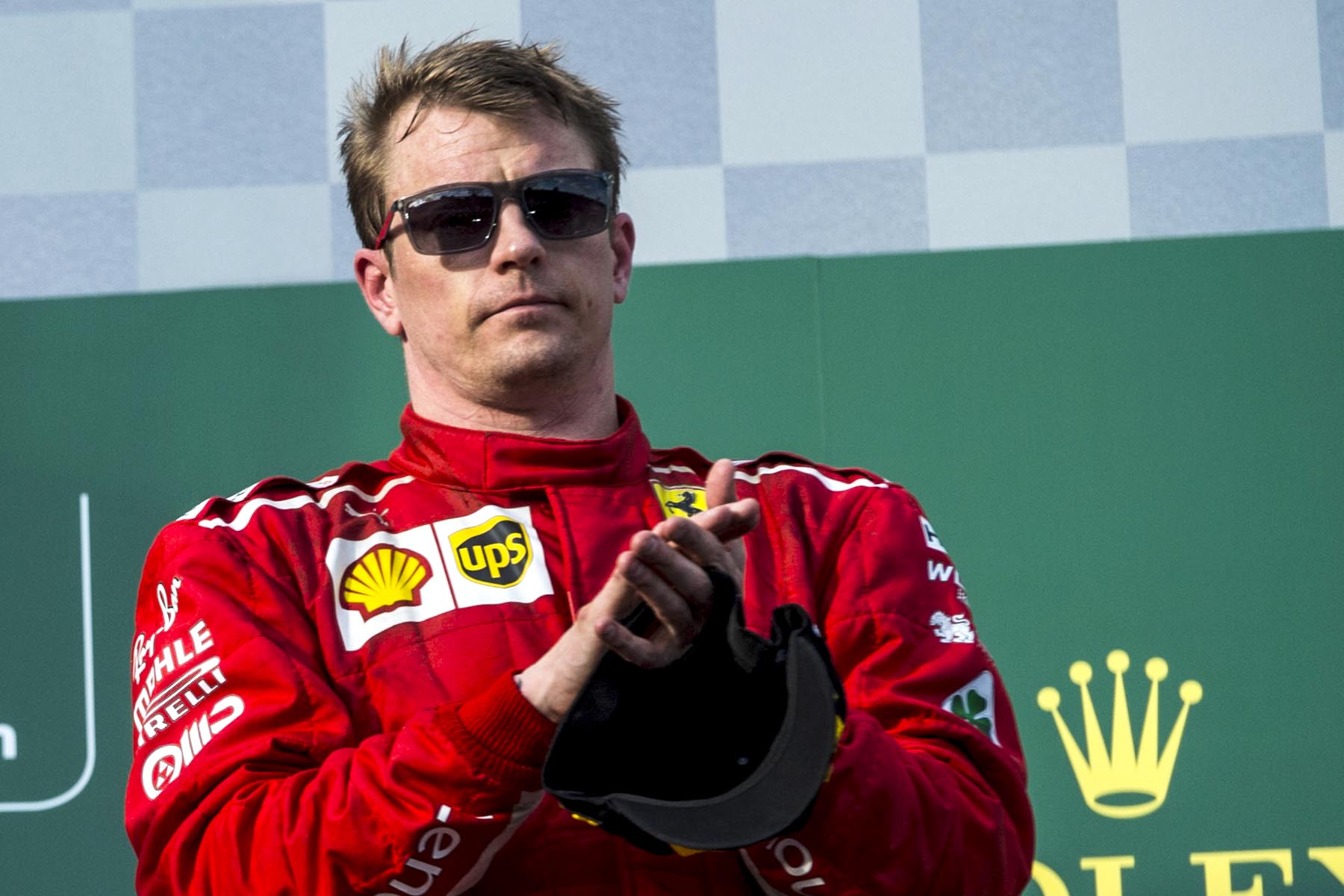 Can Raikkonen fire in the desert?

The Bahrain Grand Prix holds a curious place in Formula One folklore as a race that elicits from fans impatience, indignance and excitement, sometimes all at once. END_OF_DOCUMENT_TOKEN_TO_BE_REPLACED

Is it time for team orders at Mercedes?

The Bahrain Grand Prix was another fascinating chapter in the unfolding 2017 championship fight between Sebastian Vettel and Lewis Hamilton. END_OF_DOCUMENT_TOKEN_TO_BE_REPLACED

Sebastian Vettel has recorded an emphatic victory over Lewis Hamilton and Valtteri Bottas to take back the championship lead at the Bahrain Grand Prix. END_OF_DOCUMENT_TOKEN_TO_BE_REPLACED 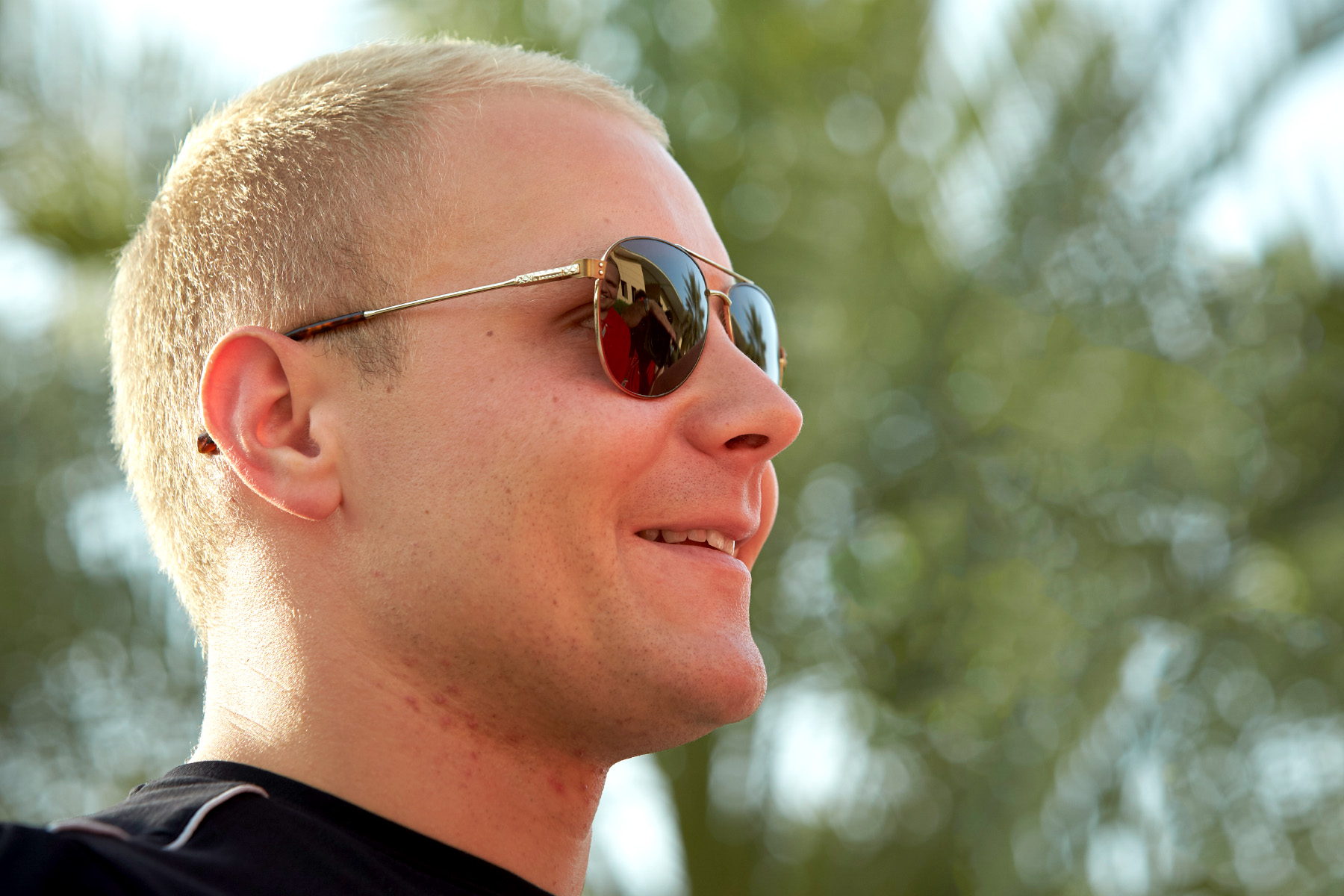 Valtteri Bottas has claimed his first F1 career pole position in qualifying for the 2017 Bahrain Grand Prix at Sakhir. END_OF_DOCUMENT_TOKEN_TO_BE_REPLACED

Rosberg blasts past Hamilton in Bahrain

Nico Rosberg won his second consecutive race of the season after polesitter Lewis Hamilton fumbled off the line in Bahrain. END_OF_DOCUMENT_TOKEN_TO_BE_REPLACED