Formula One isn’t a two-tier racing category, but the 2018 season featured an undoubted class divide. END_OF_DOCUMENT_TOKEN_TO_BE_REPLACED

A highly rated Spaniard from Renault and a promising British rookie from Formula Two have been announced as McLaren’s driver line-up next season. Sound familiar? END_OF_DOCUMENT_TOKEN_TO_BE_REPLACED

Who should get McLaren’s second seat?

Formula One is enduring the silliest of silly seasons in 2018, with off-track competition rivalling its on-track counterpart for action and drama. END_OF_DOCUMENT_TOKEN_TO_BE_REPLACED

The 2018 Formula One midseason break has rivalled the season itself in its unpredictability, with announcements from Daniel Ricciardo, Force India and Fernando Alonso all disrupting the peace. END_OF_DOCUMENT_TOKEN_TO_BE_REPLACED 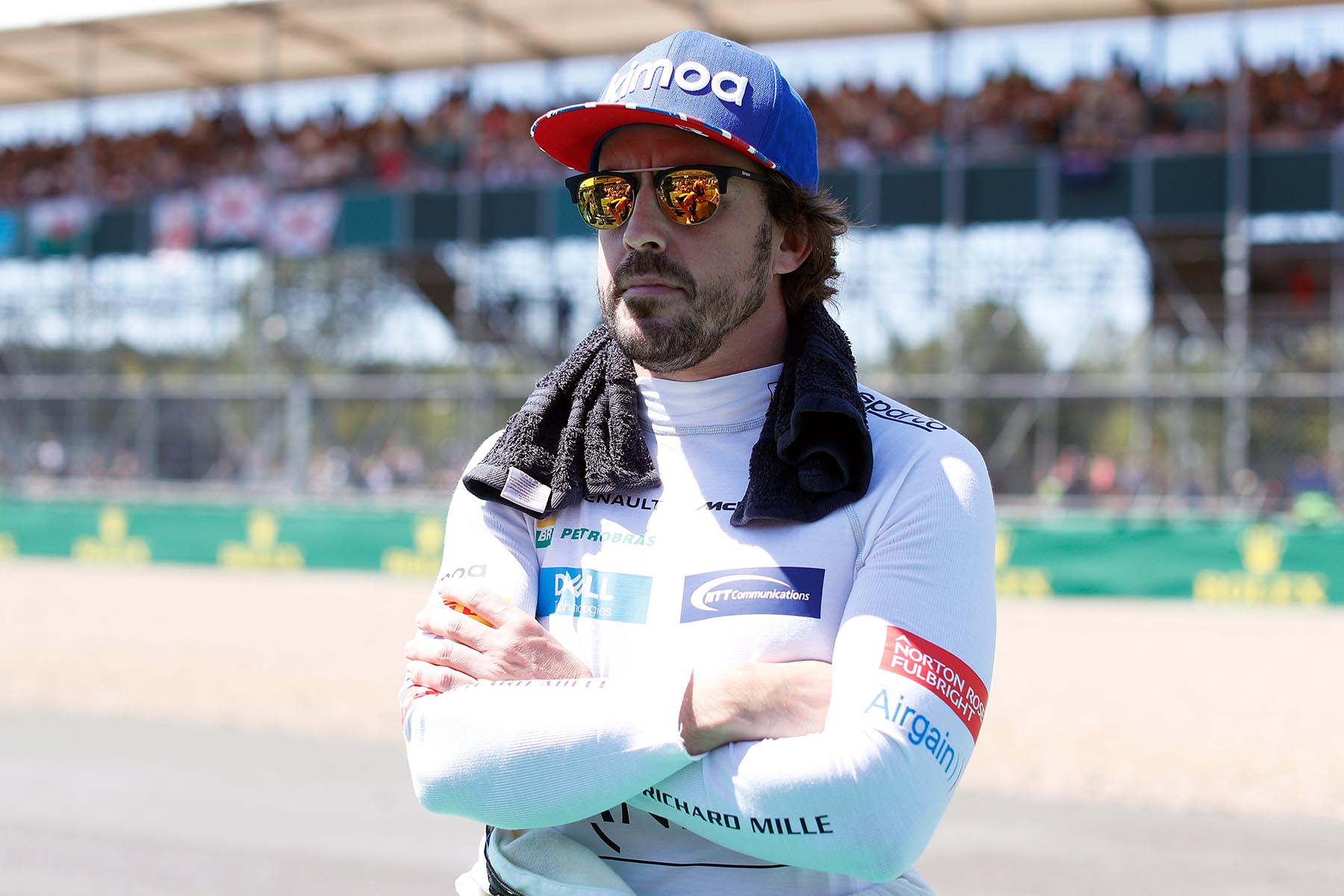 No matter what happens to Fernando Alonso in 2019, don’t call it retirement. END_OF_DOCUMENT_TOKEN_TO_BE_REPLACED 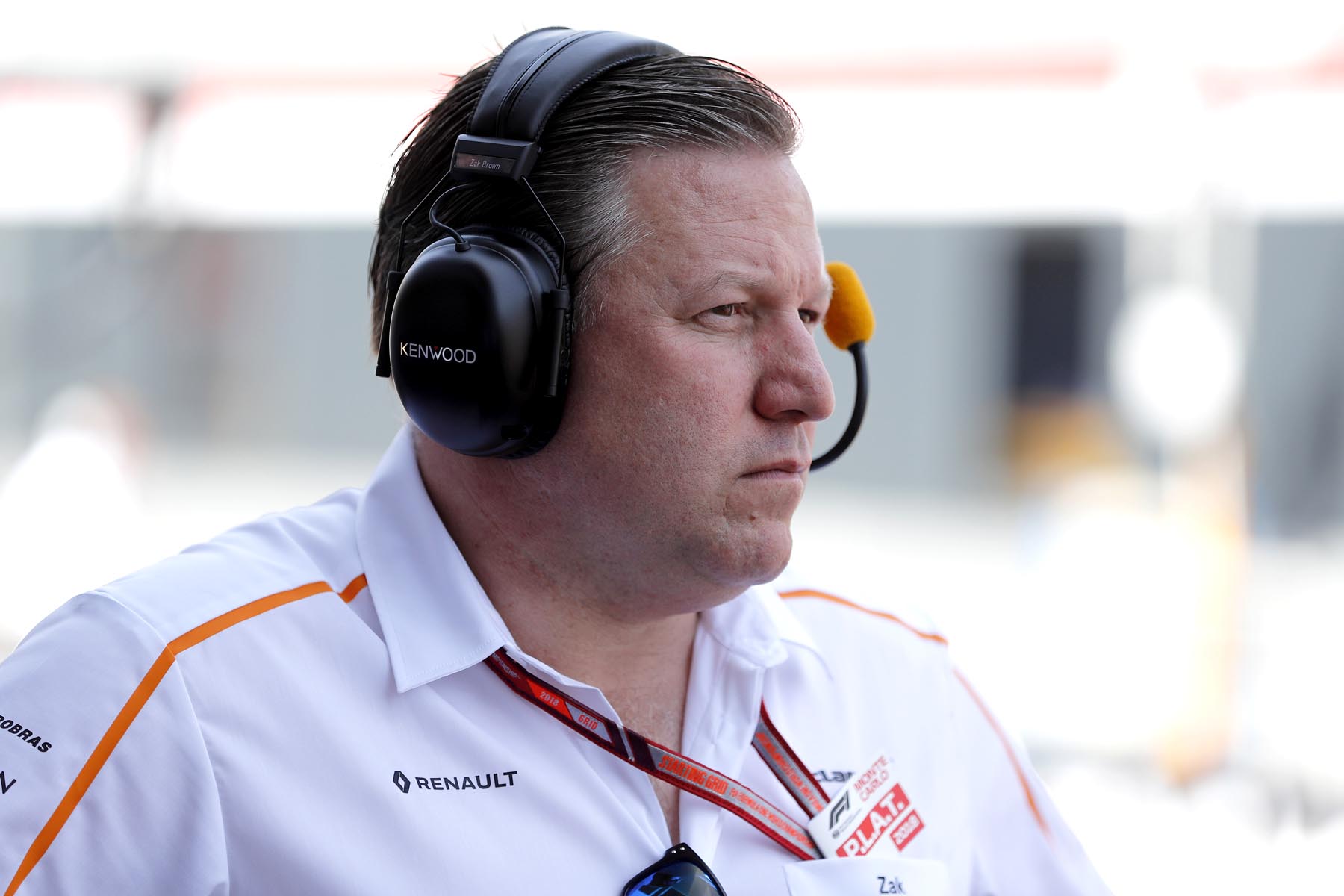 The buck stops with Brown after McLaren restructure

Something had to give, and after three and a half seasons of woeful underperformance racing director Eric Boullier was the one to take the fall. END_OF_DOCUMENT_TOKEN_TO_BE_REPLACED 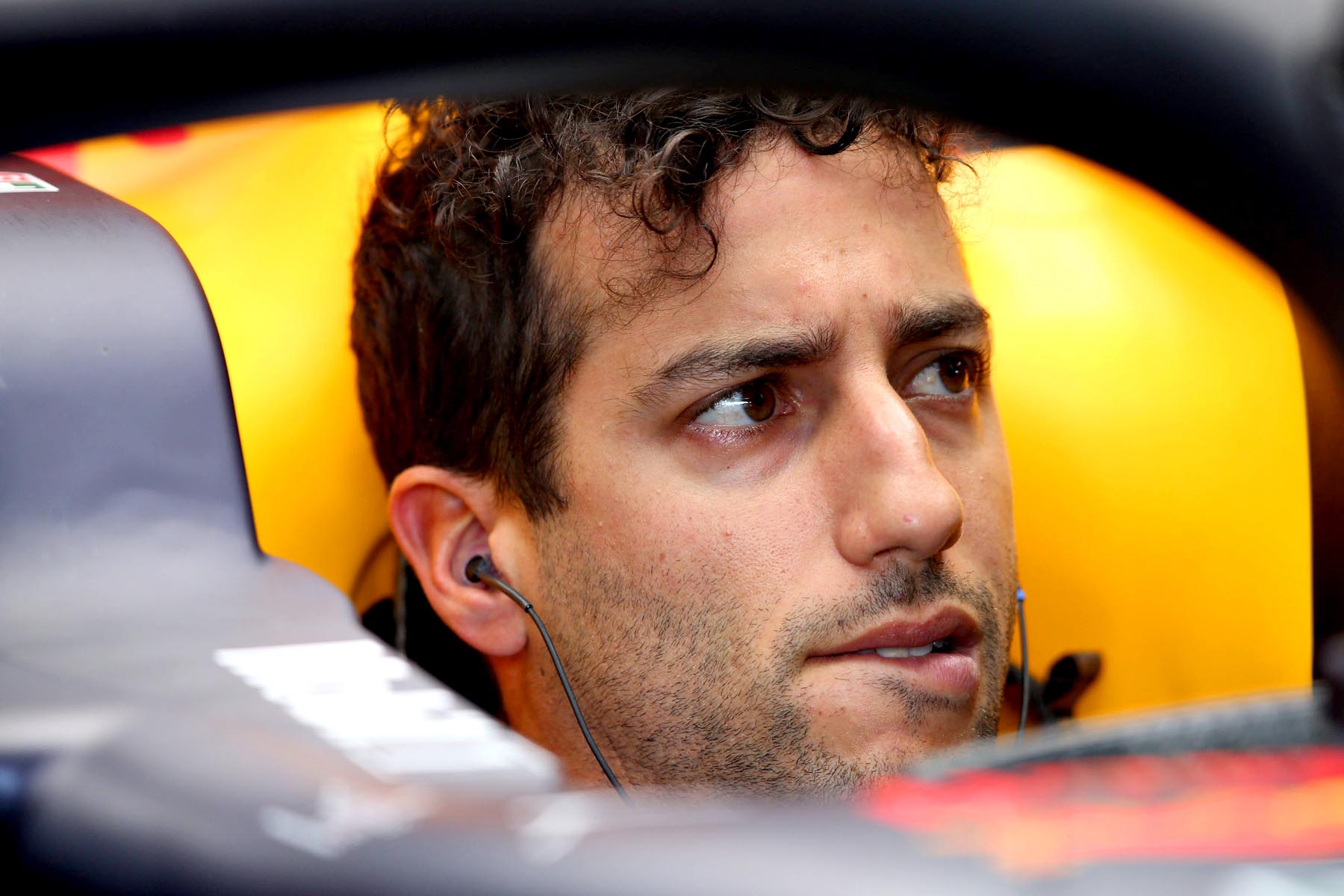 Why Ricciardo must avoid career-killer McLaren

The driver market is bubbling along nicely as F1 hurtles towards its midseason break, and with four grands prix in the next five weekends, you can be sure some the year’s highest-profile deals will be inked in the coming month. END_OF_DOCUMENT_TOKEN_TO_BE_REPLACED 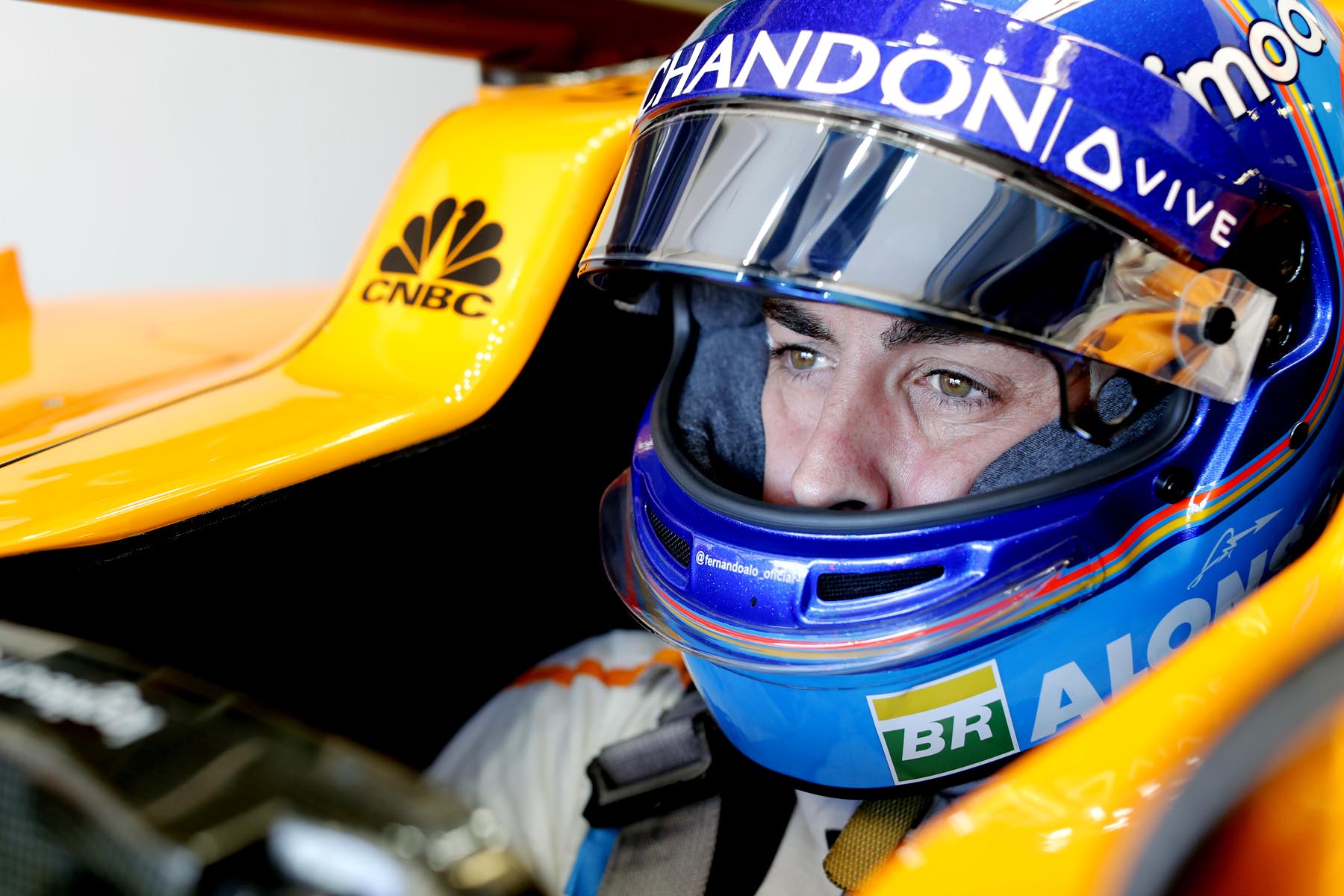 After decades of specialisation and professionalisation pushed the various forms of motorsport only further apart, the world of racing suddenly appears closer than ever before, in part thanks to Fernando Alonso. END_OF_DOCUMENT_TOKEN_TO_BE_REPLACED 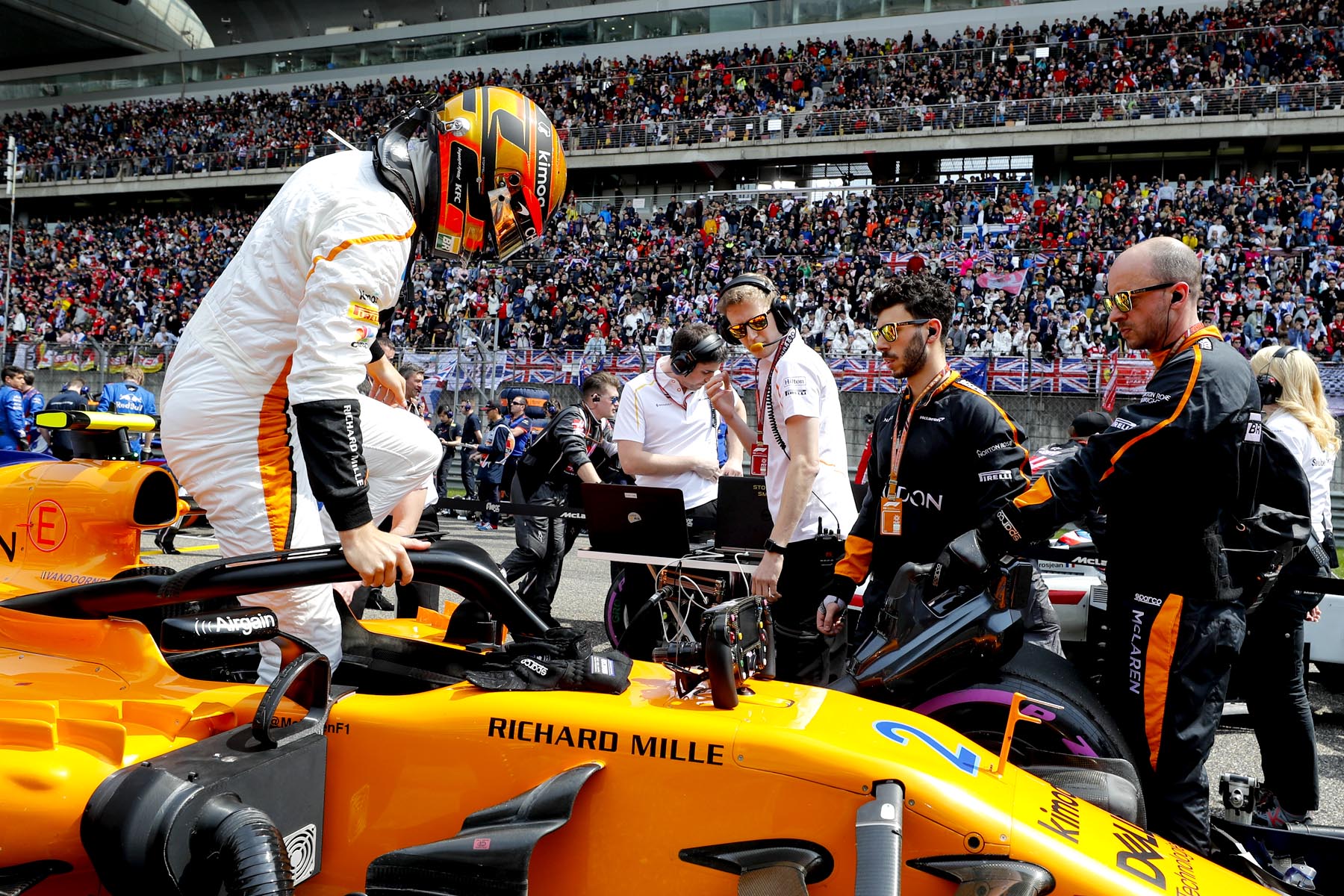 Why McLaren is in crisis

In 2011 Eddie Jordan infamously declared at the German Grand Prix that the “wheels have fallen off” McLaren, deriding the team for going 13 seasons without winning the constructors title. Lewis Hamilton won that weekend’s race.

His criticism was laughed off. The flamboyant Irishman had lunged for a wheel pun after the team had sent endured pit stop trouble at the previous race, but he had overreached with his criticism — after all, the Woking squad was Red Bull Racing’s sole title challenger in 2010 and was second in constructors standings at the time.

But unbeknownst to all involved — though Jordan may protest that he knew all along — 2011’s second place was to remain McLaren’s high watermark for at least seven more years.

The McLaren story since 2011 has been one of decline and misery. In 2013 team principal Martin Whitmarsh was deposed in a coup orchestrated by Ron Dennis, the man he had succeeded four years earlier, and then Dennis himself was turned upon in 2016 in an ugly ousting by his fellow shareholders.

Two young drivers, Sergio Perez and Kevin Magnussen, were chewed up by a team in increasing turmoil. The partnership with Honda, which helped attract two-time champion Fernando Alonso back to the team, ended in public acrimony late last season after three fruitless years.

That should’ve been the nadir. The 2018 season was marked as the first year of recovery, but just four rounds in McLaren chief technical officer (chassis) Tim Goss has reportedly left his role after an almost 30-year career with the team.

It isn’t hard to deduce the reason.

McLaren spent much of last season professing the virtues of its chassis, which it claimed was amongst the best of the field. Indeed racing director Eric Boullier ventured so far as to say that his team would be competing with Red Bull Racing with the same power unit, and then executive director Zak Brown said he had “giggles” of excitement thinking about 2018 once the deal to adopt Renault engines had been finalised.

Fast forward to 2018 and serious doubts are being cast on the hype McLaren worked so hard to generate for itself.

The MCL33 remains amongst the slowest cars in the speed trap, just as it did with Honda’s engines, and it is still stubbornly average in the corners. The question is now asked openly: did the team become so caught up in making Honda look bad that it forgot it had its own end of the bargain to uphold?

An increasingly popular view in the paddock is that McLaren ran much of last season with a car high on downforce and drag, including at circuits where a slippery set-up is required, explaining its corner strength and remarkably slow straight-line speed, not to mention the team’s lack of pace and Honda’s notable step in performance with Toro Rosso this season.

But the team’s troubles in 2018 are not themselves the making of a crisis, even if the team’s fourth place and 36 points in the constructors standings are down to circumstance and three-quarters owned by Fernando Alonso’s typically heroic efforts in a car beneath his abilities.

The warning signs are with Williams, placed last in the constructors standings with just four points.

Of course the parallels in terms of performance so only so strong, with McLaren having far more recently contested titles since its last championship, even if distantly on most occasions, but Williams is evidence that, yes, long-term, systemic underperformance can befall even the mightiest of teams.

With underperformance comes a decrease in prize money. A fall in sponsorship follows. That Zak Brown’s tenure executive director and now CEO — the title change coming this season to make him more accountable for the race team’s performance — has failed to produce any meaningful increase in the sponsorship portfolio despite his notable nous in this field is a sign as strong as any other that this deterioration is underway.

Can the rot be stopped? McLaren has the advantage of wealthy backers in TAG Group’s Mansour Ojjeh and the Bahraini royal family, but while money counts for a lot in Formula One, performance can’t simply be bought off the shelf — culture and structure must efficiently convert cash into pace. Modern McLaren is yet to prove it is capable of this.

One season doesn’t make a crisis, but 20 years after the team’s last constructors championship, Eddie Jordan’s 2011 assessment is ringing truer by the race. 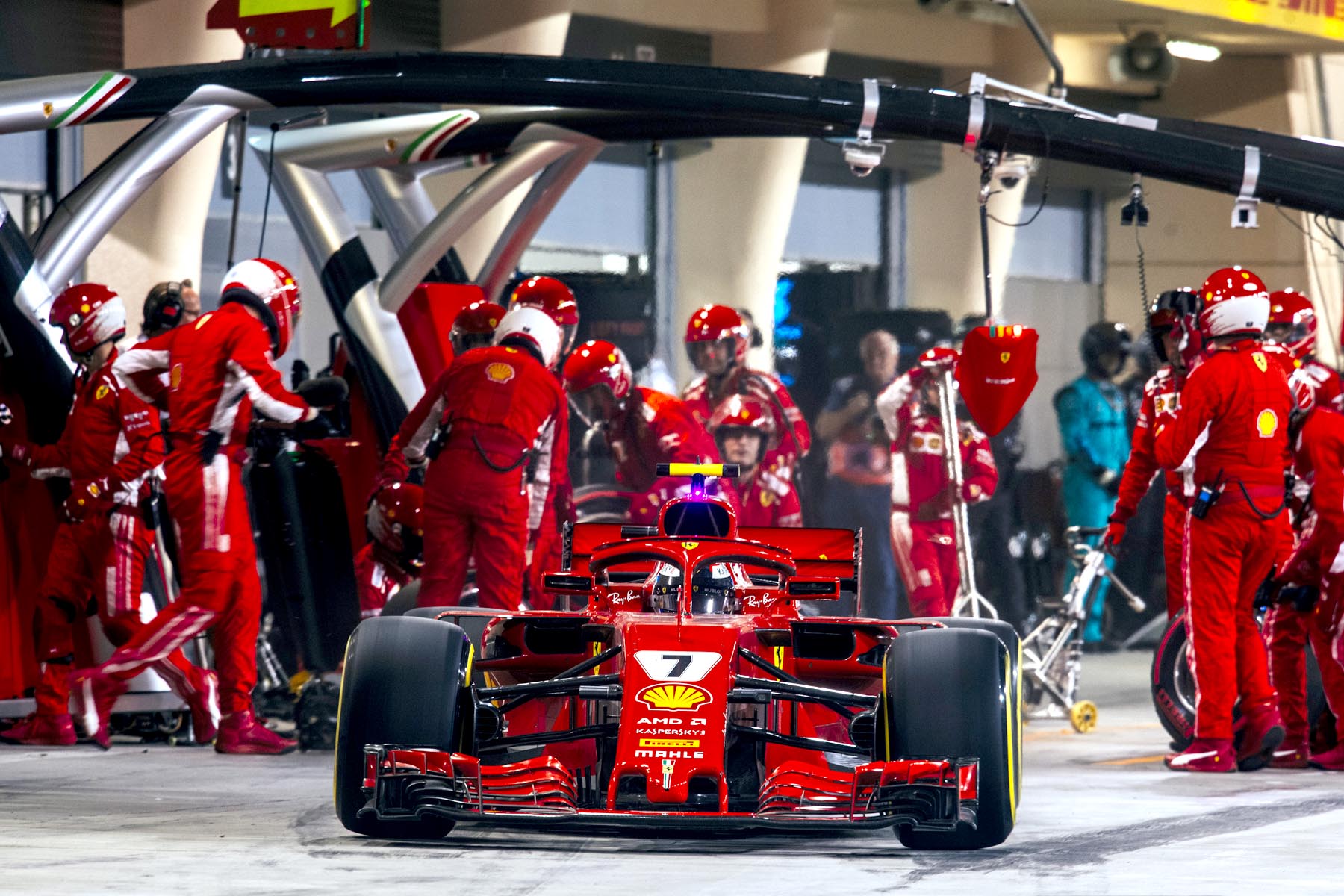 The unpredictability in results of the opening three Formula One grands prix has grabbed headlines, but equally noteworthy has been the series of botched pit stops that marred weekends from Australia to China. END_OF_DOCUMENT_TOKEN_TO_BE_REPLACED