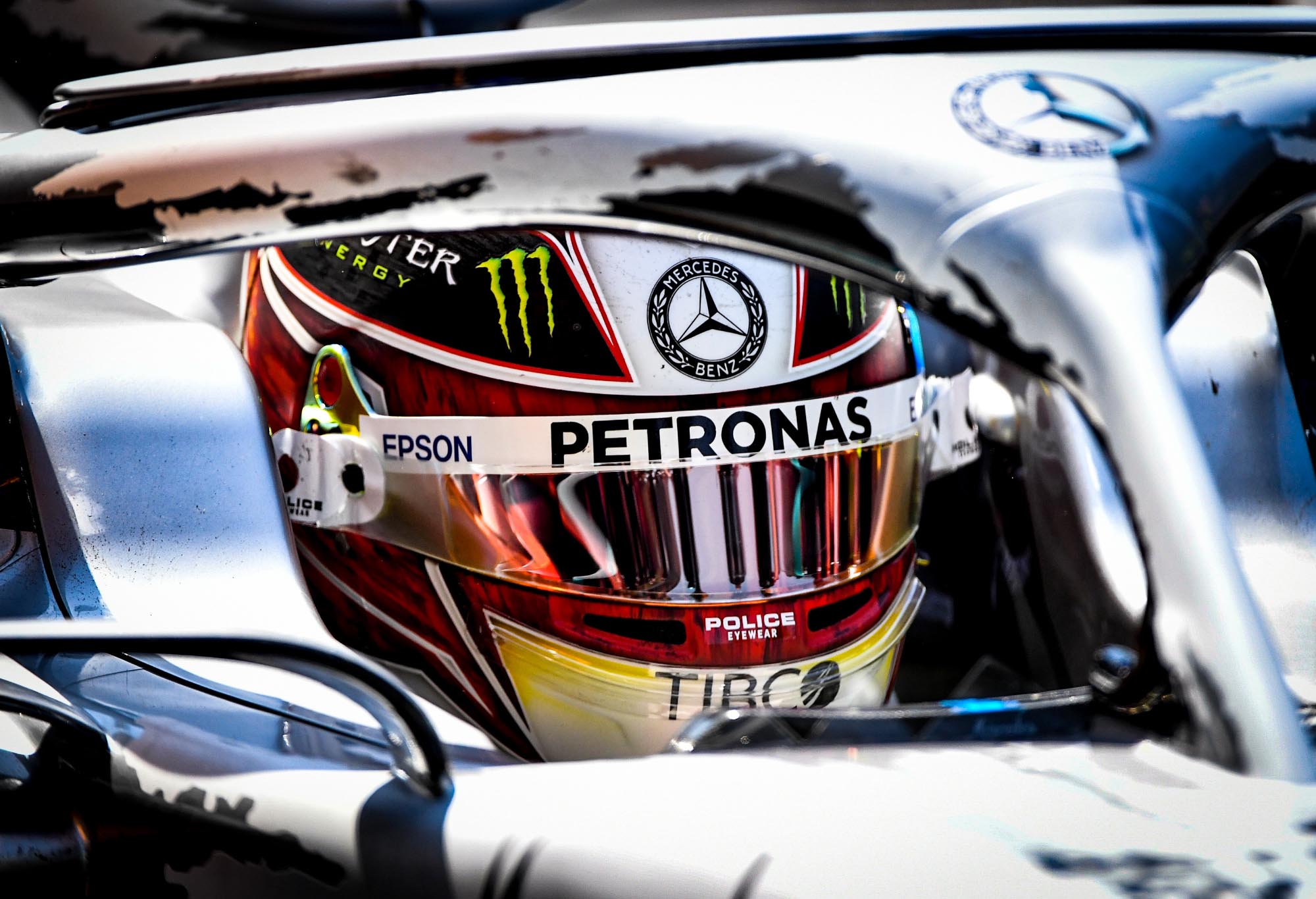 Ferrari led all three practice sessions ahead of the pole decider to make a straight fight between Charles Leclerc and Sebastian Vettel seem the likely outcome, but almost immediately the Italian team’s afternoon unravelled into a painful mess.

Vettel’s qualifying session lasted less than a lap. The German, who has never won at the Hockenheimring, radioed his team shortly after taking to the circuit complaining of a loss of power.

He returned immediately to the pits, where his mechanics opened the car to inspect the engine. A turbocharger issue was identified, but with less than 10 minutes to fix it, Vettel’s cause was lost.

The German retired from the session and will start last for his home grand prix.

Leclerc was able to continue through to the top-10 shootout apparently unhindered, but Ferrari detected a fuel system problem in his car between Q2 and Q3 that meant he never had the opportunity to set a lap in the pole-deciding session.

The dejected Monegasque will start the race from 10th on the grid after being forced to watch Mercedes and Red Bull Racing fight for pole without him.

Hamilton’s position at the head of the field was never in doubt with Ferrari out of the frame. He established a 0.346 gap to second-placed Max Verstappen after their first runs, and when neither was able to improve on their second attempts, pole position was comfortably his.

“I don’t really know how we did it today,” Hamilton said. “I don’t know what happened to the Ferraris.

“They’ve been really fast all weekend. We’ve brought some upgrades this weekend — the car’s been feeling good, but the Ferrari’s on a slightly other level. It would’ve been definitely close between us.”

But while Mercedes clearly had the pace for pole, there was doubt Hamilton could do the job after an overnight illness scare. The Briton revealed he’d been feeling unwell on Saturday morning enough to consider having the team reserve driver take his place for qualifying, but he was sufficiently comfortable in practice to continue in the car and seize pole.

Verstappen was another principal beneficiary of Ferrari’s failure by taking an unlikely place on the front row after his own power unit scare in Q2, when turbo lag problems momentarily threatened to prevent him from setting a time.

“Happy of course to be in Q2,” he said. “Happy to be on the front row, and anything is possible tomorrow.

“We could’ve been closer, but I wouldn’t say we could’ve got pole. It’s a good result.”

Valtteri Bottas qualified a despondent third, 0.362 seconds off his teammate’s headline time. The Finn is 39 points behind Hamilton on the championship table but has looked the slower of the two Mercedes drivers for most of the weekend, further dampening hopes of a title fightback.

“It’s a bit of a disappointing qualifying,” he admitted. “I didn’t have the same confidence I had in practice three, especially under braking. I really struggled.

“[But] we’re in good place for tomorrow. Obviously I’ll try to come up from third place.”

Pierre Gasly qualified fourth, 0.755 seconds off pole and only 0.016 seconds ahead of an impressive Kimi Raikkonen in his Alfa Romeo.

Romain Grosjean followed for Haas, validating his request of the team to equip him with his car from the Australian Grand Prix in March. The Haas team has struggled with the upgraded iterations of its car since May and the Frenchman has been adamant the earlier-specification machine could deliver better results, as seems to be the case in Germany.

The midfield fight was extremely close. Antonio Giovinazzi put his Sauber just 0.01 seconds outside Q3, qualifying 11th, with Kevin Magnussen a measly 0.003 seconds further back despite a lock-up on his last hot lap. Daniel Ricciardo followed only 0.01 seconds further behind, the Australian disappointed to be unable to join his teammate in the top 10 by such a fine margin.

Daniil Kvyat qualified 14th ahead of Racing Point’s Lance Stroll in 15th, the Canadian making his first appearance outside Q1 since last year’s Japanese Grand Prix, albeit as the slowest of those who progressed.

McLaren’s Lando Norris will start 16th, but he was the subject of complaints from Toro Rosso’s Alex Albon, who felt he had his final flying lap blocked by the slow-moving Briton as the clock expired, leaving the Thai driver to qualify 17th.

George Russell and Robert Kubica will start 18th and 19th for Williams ahead of Sebastian Vettel’s stricken Ferrari.