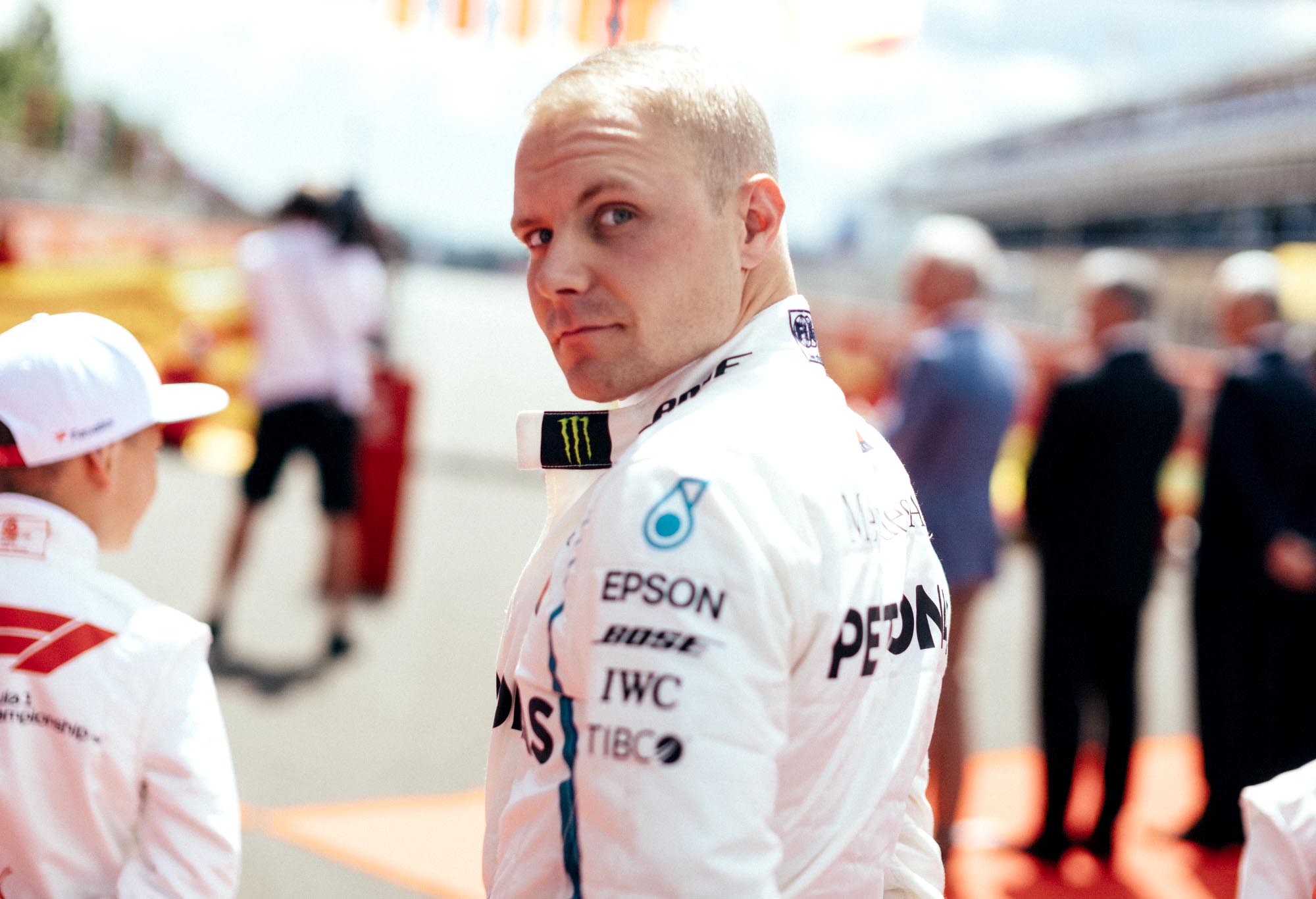 Mercedes to make Bottas call by August amid Ocon pressure

Toto Wolff says he won’t confirm his Mercedes team’s 2020 driver line-up until August at the earliest as he weighs up whether to keep Valtteri Bottas or switch him for Esteban Ocon.

Bottas signed a one-year extension to his Mercedes contract last year with an option for an additional one-year extension into 2020 resting solely with Mercedes, with Wolff requiring him to match championship-winning teammate Hamilton’s performance to earn the second year.

The Finn has responded strongly this season, winning two of the first four races to briefly hold the championship lead for the first time in his career, and he’s taken four pole positions, the most of any driver this year.

But his form has faded since then. He hasn’t won a race since April’s Azerbaijan Grand Prix, with Hamilton winning five of the six races since to take a 39-point lead in the title standings, and Wolff now says he isn’t anticipating making a decision until August at the earliest.

“For us it’s not only about making the right decision for next year; it’s about looking ahead,” Wolff said. “This is why we agreed that we will take the decision in August going forwards — but that doesn’t necessarily mean we will announce it in August.”

Wolff hinted that while Bottas has improved his one-lap pace, his race pace relative to Hamilton is still lacking for his liking.

“From my point of view, the performances in qualifying are really strong,” he said. “Racing, again, is a different exercise.

“He’s getting better and better. We have seen a race in Silverstone where, if the safety car had come out in a different way, he would have challenged for the race win.

“But the ifs don’t count. You need to bring it to the end — but I’m sure we will see Valtteri continue to improve and bring in good race performances.”

Should Bottas fail to earn Wolff’s pleasure, Mercedes junior Esteban Ocon is waiting in the wings.

Ocon, who was caught without a seat after the chaos 2018–19 driver market, is in need of a drive for 2020 lest his promising career stagnate, and Wolff has made clear that he intends to secure him one for next year.

“For Mercedes, for ourselves, Valtteri is showing some very strong performances and merits the seat, but equally Esteban has shown that in the past and is a great addition to the team.

“He contributes a lot behind closed doors. He drives the sim overnight on race weekends, comes in here on Saturday and gives us input and he’s a great kid overall.

“Putting a Mercedes young driver in the car would be interesting as well.”

But Wolff’s words could as easily be a threat to other teams as they are to Bottas. The Mercedes boss was burnt by Renault last season when it reneged on an agreement to take Ocon and instead sign a last-minute deal with Daniel Ricciardo — Wolff foreshadowing an early promotion for Ocon could be an attempt to clarify the minds of potential suitors.

“There is interest for Esteban among other teams and we need to carefully make a decision for ourselves and with the other interested parties, not only for our own benefit but also for Esteban’s benefit,” Wolff said. “And if it would mean that we are taking a decision in favour of Valtteri, it clearly also means that somebody else would continue to develop him and would mean that we would lose our hand for a year or two or more on Esteban and these are the consequences of that decision.”

Bottas, for his part, seems unperturbed by the speculation, and he coolly dismissed the prospect of a delayed renewal when asked on Thursday in Germany.

“We had some talks, actually a few weeks ago. Not after that,” he said. “There’s not going to be any news this week I think.

“Honestly no panic or rush — I think as a team we have been performing well. the gap to Lewis has been quite small. Be patient.”