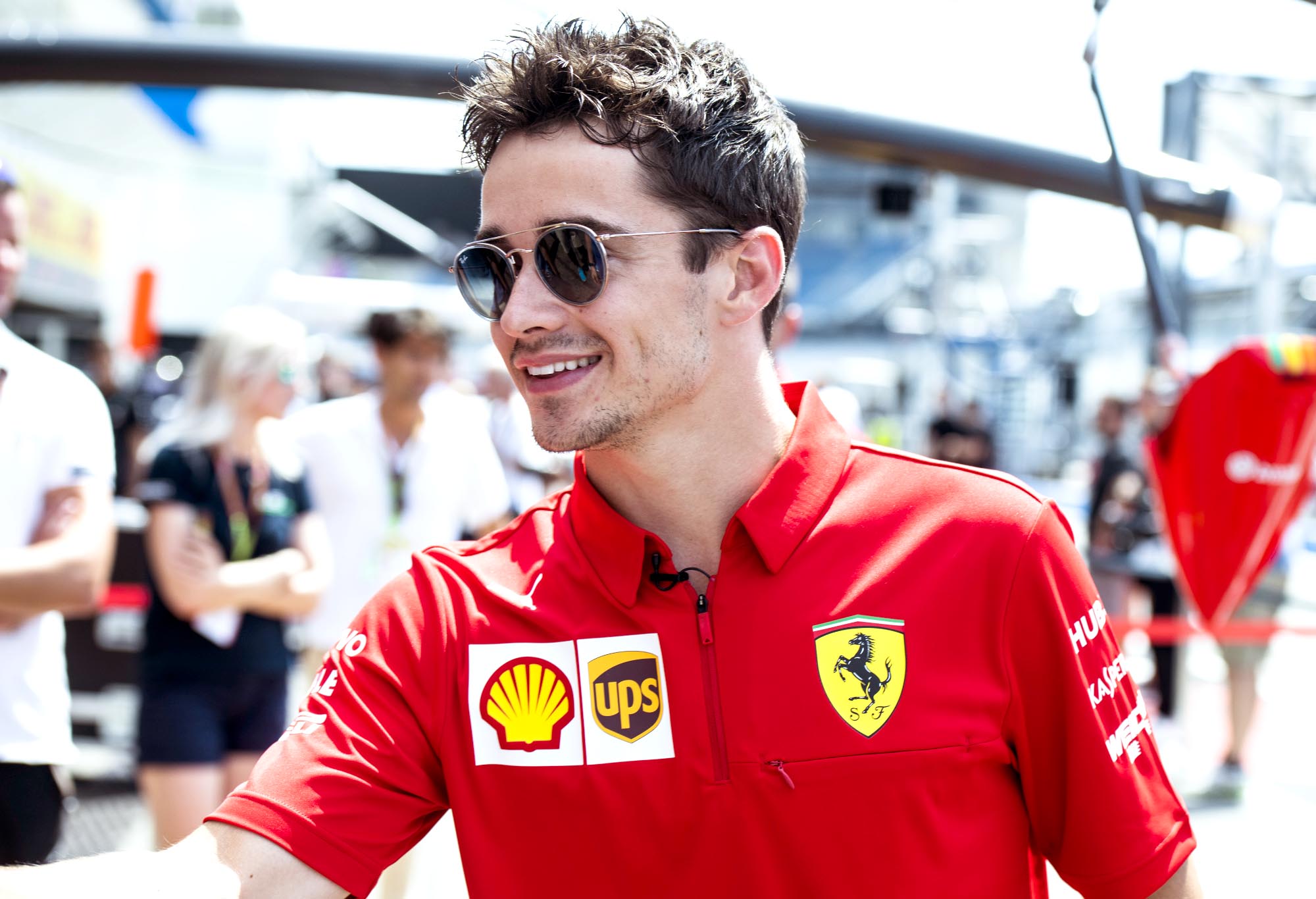 Charles Leclerc has topped a sizzling day of practice at the Hockenheimring in a promising start for Ferrari at the German Grand Prix.

With the official F1 thermostat peaking at 38°C — although Pirelli produced a reading closer to 42°C — Leclerc set a time of one minute 13.449 seconds on the soft-compound tyre to pip teammate Sebastian Vettel’s best effort by 0.124 seconds.

Championship leader Lewis Hamilton ended the day third fastest and only 0.042 seconds behind Vettel, with Mercedes teammate Valtteri Bottas half a second further back in fourth.

A substantial portion of the Hockenheimring is taken at full throttle and is therefore expected to suit Ferrari’s powerful engine, but Scuderia fans should be wary that Mercedes will have been running at a greatly reduced pace to cope with the sweltering summer weather.

The Mercedes car is notoriously poor at dealing with heat — it was thoroughly outclassed by both the Ferrari and the Red Bull Racing machines in the warmth of the Austrian Grand Prix — and still lacks the requisite cooling to deal with the weather despite the upgrades brought to this round.

With a significant break in the heat expected on Saturday morning before practice and a forecast for rain in qualifying and the race, conditions are set to swing back towards Mercedes, setting up a closer competition for the rest of the weekend.

Max Verstappen finished fourth for Red Bull Racing, the Dutchman 0.684 seconds off Leclerc’s pace, but the session was more remarkable for the exploits of teammate Pierre Gasly, who smashed his car with just under 20 minutes remaining in the day.

The Frenchman caught a snap of oversteer into the final corner and ran wide across the gravel, smacking left-side-first into the barriers to heavily damaging his RB15 and trigger a brief safety car to recover the wreckage.

It was a painful step back for the under-fire Gasly after appearing to turn a corner on his poor season with a strong performance in Britain. Even before the crash he was a lowly 15th on the time sheet and almost a full second behind Verstappen.

As was the case last round at Silverstone, Grosjean is driving his car from the season-opening Australian Grand Prix as part of an investigation into his team’s woeful decline in performance in the past three months.

On the face of it his experiment is working: teammate Kevin Magnussen, who is equipped with a new upgrade package this weekend, was almost 1.3 seconds slower in 18th place, slowest of all bar the Williams drivers.

Racing Point had a positive afternoon with Lance Stroll seventh on the time sheet. The Canadian-owned British team is pinning its hopes on a substantial update to its car this weekend, and with Stroll less than a tenth behind Grosjean and teammate Sergio Perez only 0.2 seconds further back in 10th, its optimism appears well-founded.

Alfa Romeo’s Kimi Raikkonen and Renault’s Nico Hulkenberg split the Racing Point pair in eighth and ninth respectively despite the latter-named German suffering a series of power unit problems during the afternoon.

Hulkenberg was asked by his pit wall to switch off his engine before attempting a practice start during the afternoon session, and after embarking on a final run after the red flag was forced to put his power unit into limp-home mode and return to the pits.

Carlos Sainz led the way for McLaren in 11th ahead of Toro Rosso’s Daniil Kvyat in 12th. Daniel Ricciardo followed for Renault in 13th ahead of Thai Alex Albon, the stricken Gasly and Lando Norris in the sister McLaren.

Antonio Giovinazzi finished 17th ahead of Magnussen and Williams duo George Russell and Robert Kubica, the struggling English team still 1.5 seconds off the pace of the midfield despite bringing a swag of updates to Germany.