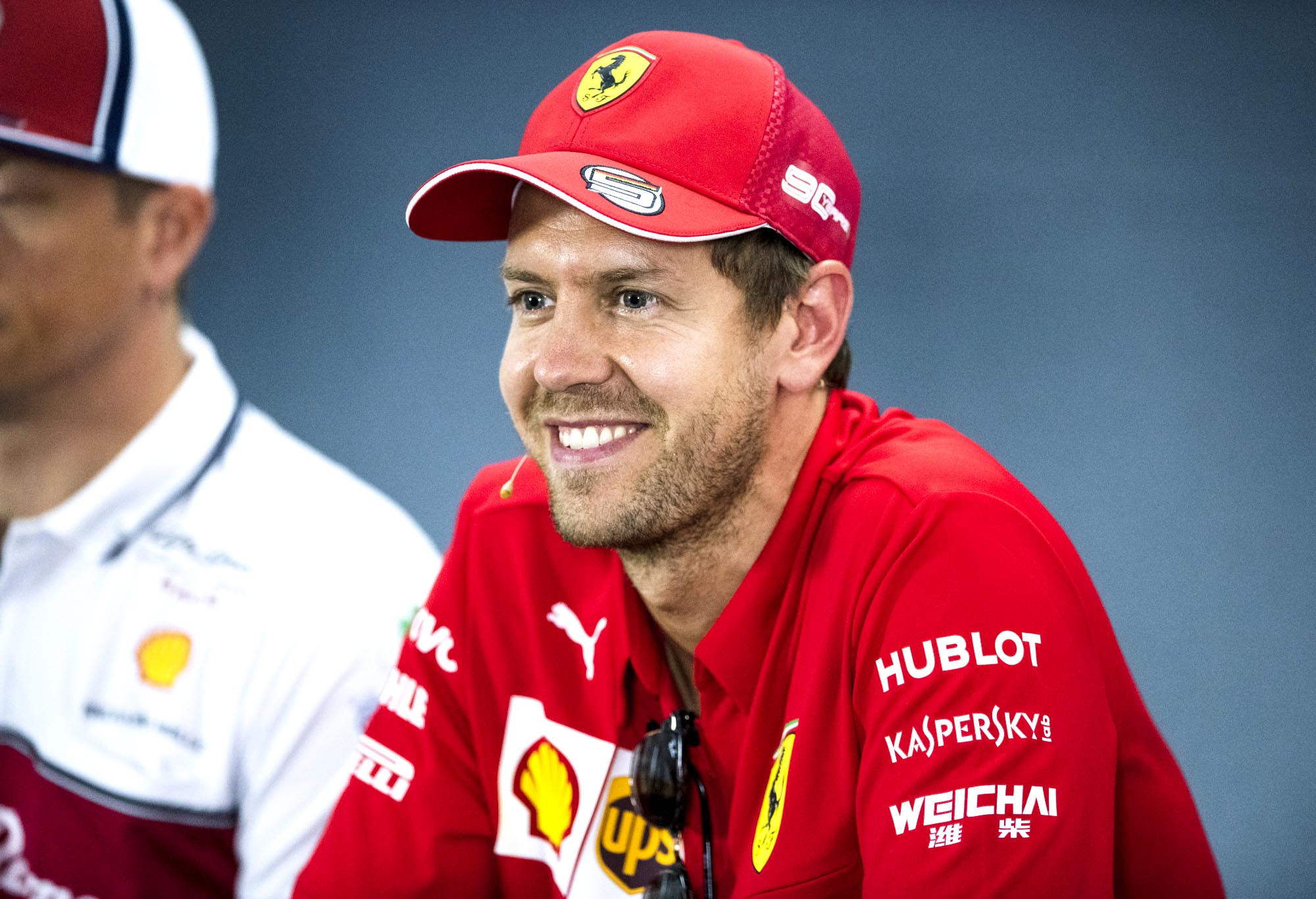 Vettel: I’m my own harshest critic

Sebastian Vettel has rebuffed questions about his ability to deliver for Ferrari one year on from the German Grand Prix crash that effectively ended his 2018 championship campaign.

This week marked the 12-month anniversary of Vettel’s infamous crash from first place at Hockenheim, after which Lewis Hamilton seized a lead in the drivers championship he would never relinquish on his way to a fifth world title.

The Briton’s way was eased by a string of high-profile driver errors on Vettel’s part, and the Ferrari driver’s patchy form has continued into 2019. He spun while duelling Hamilton in Bahrain, he cut a chicane while under pressure from Hamilton in Canada and, finally, crashed into Max Verstappen fighting for the podium last round in Britain.

More than the mistakes alone, however, has been Vettel’s form relative to teammate Charles Leclerc. The Monegasque is in only his second season in Formula One but has been a match for his four-time champion teammate. On some weekends Leclerc has made the German look downright scrappy despite their respective standings inside the team.

The combination of errors and poor form leaves Vettel trailing Hamilton by an all but insurmountable 100 points in the championship standings.

But Vettel said he isn’t feeling the pressure of that crash or his subsequent fallow form upon his return to the German Grand Prix, insisting that his own expectations have always been his biggest burden rather than outside commentary.

“I always put myself under pressure, so I can’t be happy if things go wrong,” he said. “Some of the things obviously were bigger than others.

“For sure if I get something wrong and do a mistake, I can’t be happy with that.

“The pressure I put on myself after that is bigger than any external factors — the same as long as I can remember.

“I think for me it’s still the most honest and straightforward way to deal with it myself because I know what I’ve done wrong and what I’ve done right. I know when I had the opportunity to do well or not.

“I think you’re always your best judge no matter what you do. That’s the sort of rules by which I play.

“I think the main thing is that we keep progressing in the right way.”

The pressure of expectation clearly affected Ferrari, however. The team sacked principal Maurizio Arrivabene at the end of last season and installed technical director Mattia Binotto in his place. Simone Resta, Ferrari’s chief designer before moving to the affiliated Alfa Romeo team as technical director last season, has also been recalled to the Maranello technical department, among other changes.

Vettel, however, insisted he felt none of the notorious pressure on Ferrari to deliver Italy the world championship despite its step backwards from championship contention during the off-season.

“It doesn’t feel like a burden; it feels like privilege to go out and race for Ferrari,” he said. “My mission and my goal as well as the team’s goal is to get back to winning ways. If we do that, then we have a much better chance to fight for the championship.

“When I joined to where we are now, obviously this year hasn’t gone the way we wanted after the last two years.

“Still, I think things are progressing in the right direction in the big picture — but naturally the big picture doesn’t interest you or if you are obviously currently not where you would like to be.

“I think we all know that Formula One is a world where people are very short-sighted, which is also fair and part of the game. But, like I said, overall, even if things look good, we still obviously miss that final step and that’s the most important step.”