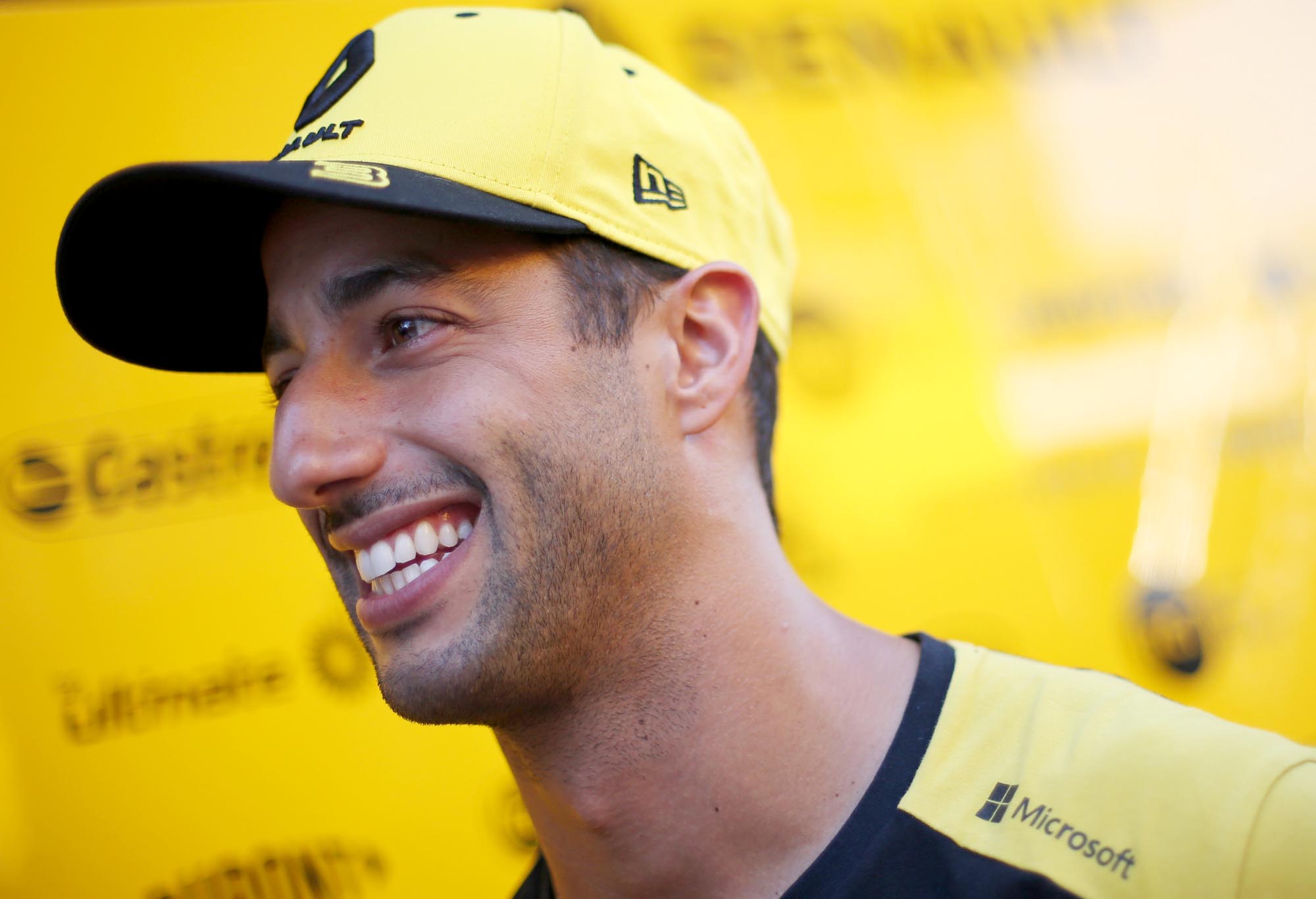 Daniel Ricciardo insists he has no regrets about leaving Red Bull Racing for Renault despite the French manufacturer’s inconsistent 2019 form that has left it mired in the midfield.

Ricciardo’s blockbuster team switch was read as a vote of no confidence in Red Bull Racing’s Honda partnership and approval of Renault’s plans to rebuild towards championship contention, but at the halfway mark the Australia’s former team has already claimed a race win while his current stable has slid backwards on expectations.

Renault finished fourth in the championship standings in 2018 — best of the rest behind Mercedes, Ferrari and Red bull Racing — and aimed to inch towards the frontrunners this season, but instead it’s been overtaken by a resurgent McLaren team and remains at risk of finishing fifth or lower.

The French team trails McLaren by 21 points in the constructors standings battle for fourth and leads Alfa Romeo by only 13 points.

Ricciardo’s position on the drivers championship table tells a similar story, the Australian lagging behind both McLaren drivers and Alfa Romeo’s Kimi Raikkonen to sit 10th.

Asked ahead of the German Grand Prix if he still had belief in Renault’s vision, the Australian replied unequivocally.

“After Max won in Austria I was asked, ‘You see him win so do you regret leaving Red Bull?’. No, I don’t regret it, because basically I feel I’d be in the same position at Red Bull.

“Even though on paper the results are better, whether I’m getting podiums to whatever I’d be getting, it is still what I was getting the last few years.

“At least this year I’ve got to work with new engineers, learnt more about myself, tried to get a more difficult car further up the grid.

“So from the personally level I know that I’ve got more out of myself this year than I would’ve at Red Bull. I would have kept doing the same thing and with the same people.”

But there’s nonetheless no hiding from the fact Renault is underperforming relative to expectations. This time last year the team had scored 70 points; today it’s amassed only 39 points. It also suggested during preseason that it would be able to snipe for podiums, a prediction shown up to be desperately wide of the mark.

Renault’s chassis has proven a finicky machine, at times difficult to set up and upgrade. A major update package brought to the French Grand Prix was a minor step forwards but made the car more difficult to hone and has since been partially wound back.

Ricciardo admitted he’s been left warning more from his first half-season with the RS19, but he refused to lay blame on the team.

“For sure as a driver you always want more,” Ricciardo admitted. “Until you see yourself at the top of the time sheets you are always going to want more.

“With the French upgrade we were definitely expecting a bit more from it. We didn’t get as much from it. There was a little bit of underachievement feeling through the team, so … yes, we wish it was more.

“I don’t want to say I’m too nice, but because I personally can’t create a front wing myself, I don’t want to be like, ‘What the hell are you doing!’.

“Hopefully the next batch of updates that we get are a bit more significant.”

← Vettel: I’m my own harshest critic
Ferrari on fire in hot, hot Hockenheim →