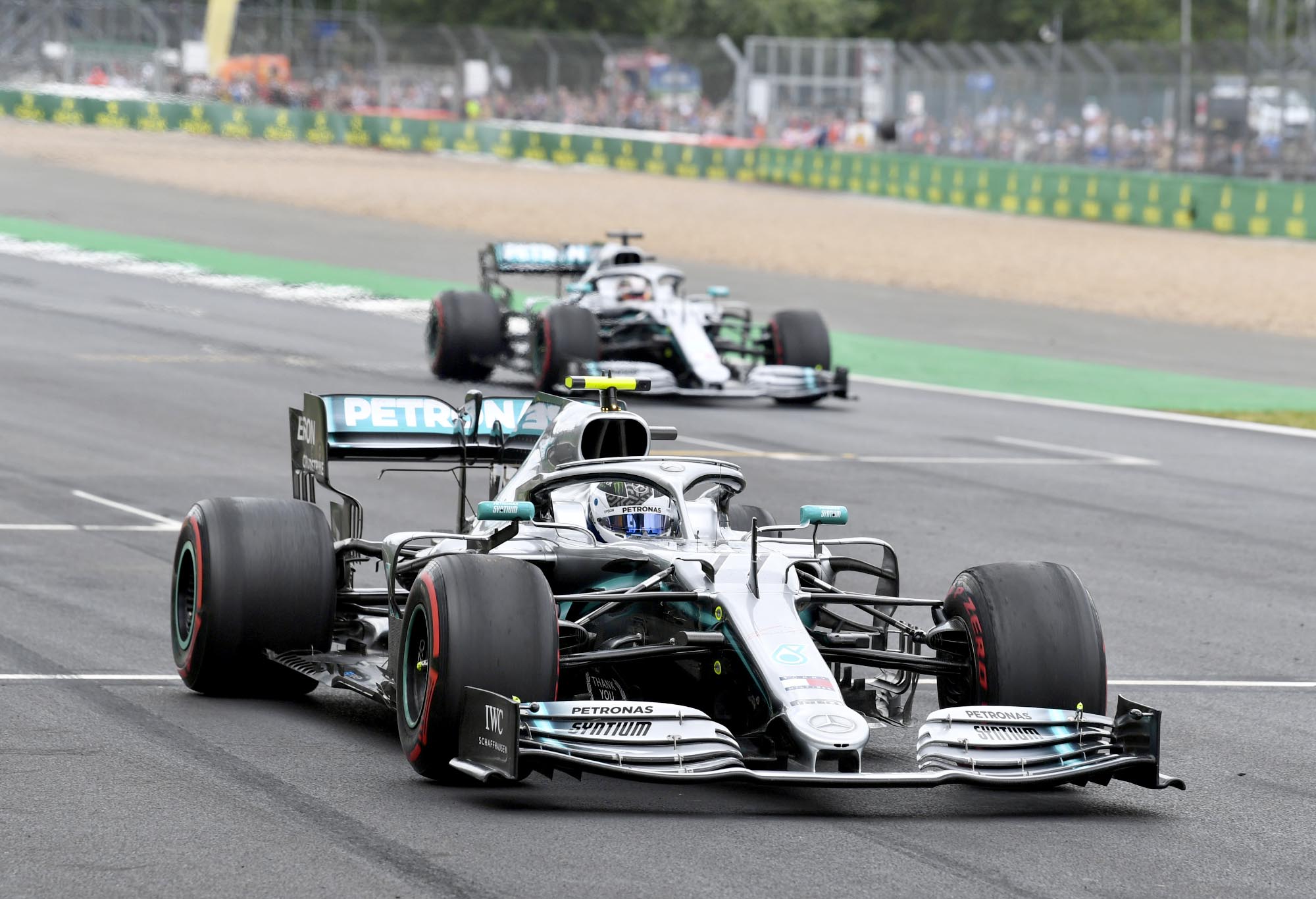 Valtteri Bottas has edged Mercedes teammate Lewis Hamilton to lead the way in Friday practice at the British Grand Prix, but Ferrari looked within striking distance on the cool and blustery Silverstone afternoon.

Bottas set a best lap of one minute 27.732 seconds with the soft tyre, just 0.069 seconds quicker than Hamilton’s best effort, though the Briton threw away his second lap with a mistake at the exit of Becketts and was unable to improve on his third attempt.

Mercedes was expected to perform strongly at Silverstone, which comprises fast corners that reward high downforce, but Ferrari was closer than anticipated, with Charles Leclerc just 0.197 seconds off the pace, though Sebastian Vettel a further 0.251 seconds back.

But Scuderia fans would do well to exercise only cautious optimism at best, with Mercedes demonstrating superior long-run pace during race simulations on the medium tyre, which is expected to form the backbone of strategy for Sunday’s grand prix.

Pierre Gasly, who has singled out the British Grand Prix as the weekend he intends to rebound from his woeful first nine rounds with Red Bull Racing, had a positive Friday, topping the first practice session and finishing the afternoon fifth quickest with a 0.3-second advantage over teammate Max Verstappen, who was seventh.

The Dutchman sounded generally unhappy with his car, in particular during his race simulation, when he complained the soft tyre was experiencing some blistering.

Alex Albon was Toro Rosso’s quickest driver at the head of an extremely close midfield. The Thai finished ninth, but his trailing rivals through to Antonio Giovinazzi in 17th were spread over just 0.3 seconds.

Kimi Raikkonen in 13th led Renault teammates Daniel Ricciardo and Nico Hulkenberg, neither of whom ended the day comfortable with the RS19’s performance. Ricciardo’s car even stopped on track late in the session with an engine problem, though the Australian was running an earlier specification power unit and was due to change to a more recent version overnight regardless.

The Frenchman convinced his team to revert his car to a round one-specification aerodynamic package in an attempt to find a cure to Haas’s chronic tyre troubles of the last three months, but almost immediately the evaluation came a cropper when Grosjean spun into the wall at the exit of the pit lane on the first lap.

He was forced to limp around the entire circuit to return to the pits, his front wing shedding parts along the way, and he spun a second time after rejoining the session with his repaired car.

Afternoon practice went scarcely better for him — he was held in his garage with a hydraulic problem for the first 40 minutes of the 90-minute session and ended the day slowest of all bar the chronically underperforming Williams cars.

Robert Kubica finished 19th ahead of teammate George Russell, though the latter set only 11 laps after suffering a gearbox problem.