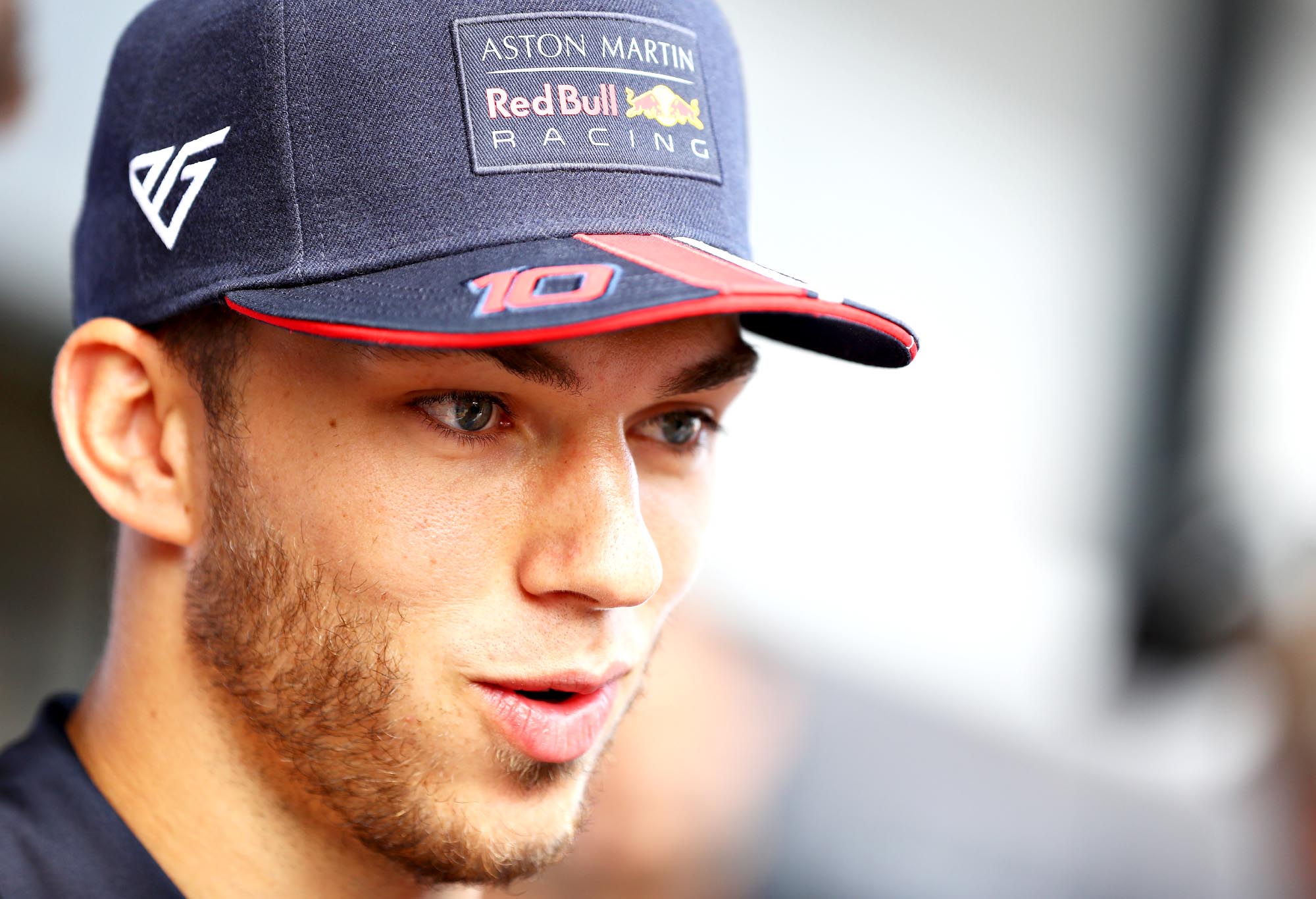 Pierre Gasly says a he’s looking forward to a stronger weekend in Silverstone after a slew of poor performances this season.

The Frenchman’s deficit to teammate Max Verstappen has swelled to 83 points after the Dutchman stormed to victory at the Austrian Grand Prix, and with Red Bull Racing trailing Ferrari by only 59 points, his flaccid form is materially affecting his team’s standing in the championship.

Ahead of the British Grand Prix, the 23-year-old confirmed he will be adopting Verstappen’s set-up in an attempt to resuscitate his career.

“I think there’s something we want to try,” Gasly said. “We think it’s better for us to start on this base and work from that.

“I’m pretty happy with what we did with the team and the direction we kind of are going in now and everything we’ve done in the last two weeks.

“I’m confident I will have a strong weekend here and relaxed, positive energy. I’m more motivated than ever.”

Despite Gasly’s underperformance potentially costing the team a lucrative step up in the constructors standings, Red Bull Racing is publicly backing Gasly to rediscover the impressive pace he demonstrated in his 2018 rookie season at Toro Rosso.

Team principal Christian Horner said after the Austrian Grand Prix, which the Frenchman finished a lap down despite running ahead of Verstappen on the first lap, that he was convinced that pace could be unlocked with a mental reset.

“We know what he is capable of, and I think we have just somehow got to go control-alt-delete in his head and start again.

“But we are sticking behind him, we still believe in him and we will give him all the support we can to try to nurture the talent that we know he has.”

Gasly said that though the public words were appreciated, he’s relying on the internal support to carry him through the difficult first half of the season.

“What I really trust is what we say when we’re together in the office and in the factory when we see each other,” he said. “We’ve seen each other a few times since Austria, discussed together the things we need to improve on my side and what they can do on their side as well.

“It’s talking with the guys, with the engineers, with Christian about internal things we could improve for me, and I think that’s what we’re trying to do and that’s why we should see some improvement.”

But he continued refusing to detail what the particular problems are.

“There are many little things that when you add them up together they make things a bit more difficult.

“I think we are not going to sort everything at once, but I think slowly … we should be able to fix them quickly that will improve the performance quite quickly.

“I don’t want to speak too much and then say anything now, but I’m quite confident coming in to this weekend that there will be some improvement.”