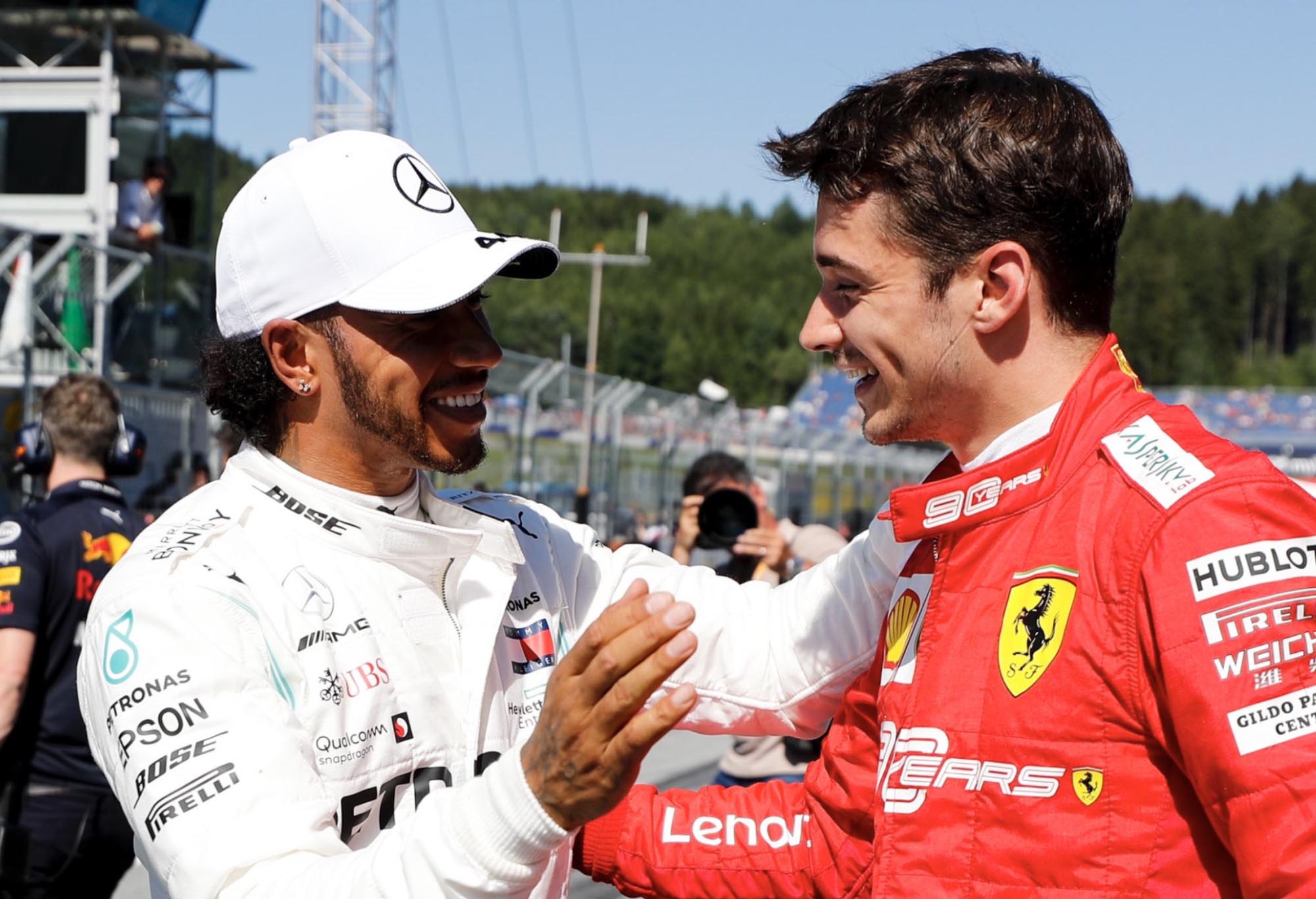 When does two plus three equal four? Only in Formula One when deciding grid penalties.

F1 seemed to have at last turned a corner after the controversial Canadian Grand Prix and soporific race in France, but its rediscovered optimism was shortlived, and it became embroiled in another penalty debacle just minutes after Charles Leclerc claimed pole position.

A litany of unrelated penalties made a mess of the grid, culminating in Lewis Hamilton dropping from second to fourth despite serving a three-place penalty.

So how does the penalty system work? This is the step-by-step process used to determine the grid hit by multiple and interacting penalties.

STEP 1
The process starts with publishing the official qualifying classification. The times of the three sessions are collated into a provisional starting order as per the best times in Q1, Q2 and Q3. Importantly, penalties are not yet applied — the data is in its raw post-qualifying form.

From here we cant prescribe the punishments to each driver. The third column outlines which driver has which penalty, and the number in brackets is the order in which the stewards handed them the penalty over the course of the weekend to date.

STEP TWO
The penalties are then applied in the order they were handed out. Crucially, drivers are not moved up on the grid to fill any empty grid slots. For example, when Lewis Hamilton drops from second place, Max Verstappen does not move up to fill the gap — it’s left empty until the final step.

Carlos Sainz and Alex Albon are both relegated to the back of the grid and therefore don’t have a grid spot for the purposes of this step — this means George Russell, despite being penalised past 20th place, can’t be moved behind them.

Further, in Albon and Sainz’s case, because both are penalised into the same position on the grid, Albon starts ahead because he qualified higher.

STEP THREE
Grid spots are created for drivers who have been moved into positions already occupied — in this case Kevin Magnussen and Sebastian Vettel are both 10th, so Magnussen slips behind Vettel to 11th, and Nico Hulkenberg and Lance Stroll are both 17th, so Hulkenberg slips behind Stroll to 18th.

Every driver now has his own spot on the grid, with blank spots still empty.

STEP FOUR
With all the penalties handed out and the order set, the final step is to move drivers up to close all the empty grid spots.

This seemingly complicated method is designed principally for the sort of massive power unit penalties meted out at the beginning of the turbo-hybrid era, when drivers were regularly receiving penalties of 50 places or more thanks to each engine component carrying individual grid drops.

Though the power unit penalty rubric has been simplified more recently — drivers are now simply sent to the back of the grid once a certain number of penalties are accrued — the system has remained in place, leading to the unusually confusing situation of multiple interacting penalties bein applied in Austria.