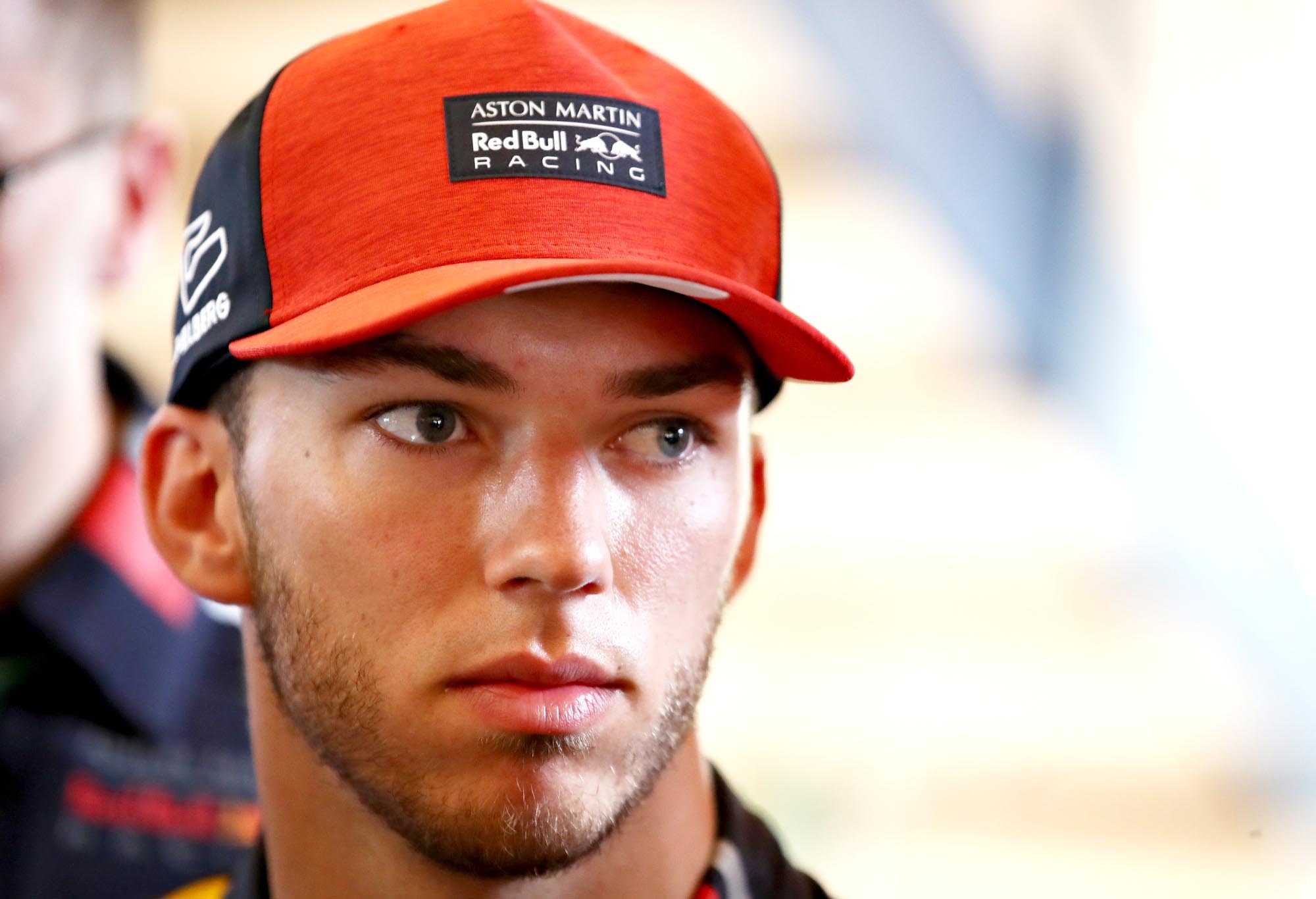 Gasly: No-one is happy and neither am I

Pierre Gasly says no-one at Red Bull Racing is satisfied with his lacklustre start at the team, but the Frenchman insists he isn’t worried about losing his seat.

Gasly’s sudden promotion to Red Bull Racing to replace Daniel Ricciardo was justified by some strong performances at junior team Toro Rosso in 2018, but the 23-year-old has struggled to have the same kind of impact at the senior energy drinks-backed team in his sophomore season.

Teammate Max Verstappen has comfortably covered Gasly at all eight rounds to date. On average the Dutchman has finished almost four places ahead in each race to lead the Frenchman by 63 points, by far the biggest gap between any teammates on the grid today.

Red Bull Racing trails Ferrari by only 61 points in the fight for seconds in the constructors standings, making Gasly’s lack of high-scoring finishes particularly costly.

Rumours began around the time of the Monaco Grand Prix that Red Bull motorsport advisor Helmut Marko was sounding out options to replace his beleaguered driver, and though the Austrian is infamous for his ruthless driver dealings, Gasly insists he isn’t worried his Red Bull Racing career might be under threat.

“No, not really,” he rebuffed. “At the moment the focus is just on putting everything together

“I think at the moment no-one is happy, and I’m the first one not happy at the performance. I’m a racing driver, I feel we are far from the potential we have, and that’s not pleasant and no-one is happy.

“There are things I can do better as well, but we are clearly not showing the potential. I think that’s the main thing to focus on at the moment.”

One of Gasly’s principal difficulties has been adjusting his driving style to the Red Bull Racing car, which has taken a backwards step under changes to the technical regulations this season.

At times he has appeared to make progress, but he has failed to sustain any positive form. A fifth-place qualification in Canada suggested he was finally coming to terms with the machinery, for example, but he fell to eighth behind both Renault drivers in the race, which he backed up with a woeful 11th-place finish in France two weeks later, which only became 10th after a penalty to Daniel Ricciardo.

Gasly avoided explaining in depth what specifically was troubling him in the car, but he added that both he and the team were working to harmonise the car with his driving style.

“I’m not going to go into details on everything, but we are all developing to extract our full potential this weekend,” he said.

“At the moment it’s a bit inconsistent — some sessions we are fast, others not — so it’s just finding the consistency and consistent base.

“It’s really important to find what works and build from that base, but at the moment we are struggling to find it.

“I had to change quite a bit my approach and what I would like to do, but then at the same time the team is trying to find more ways to come a bit more towards my natural driving style.

“It’s a bit both but for sure I had to change and I still have things which I can do to suit that car a bit more, and that’s what I’m focused on.”

The under-pressure Frenchman was reluctant to outline a time frame for improvement, but he admitted that confidence would play a part once he finally clicked with his car.

“In the end you always learn from these kind of difficult situations,” he said. “For sure things are not going exactly how I want, but I’m pretty confident it will make me a more complete driver once we go through that phase.

“Is it going to pay off this weekend or in two or three weekends? I don’t know. But we want to perform as fast as possible — that will be good for everyone.”