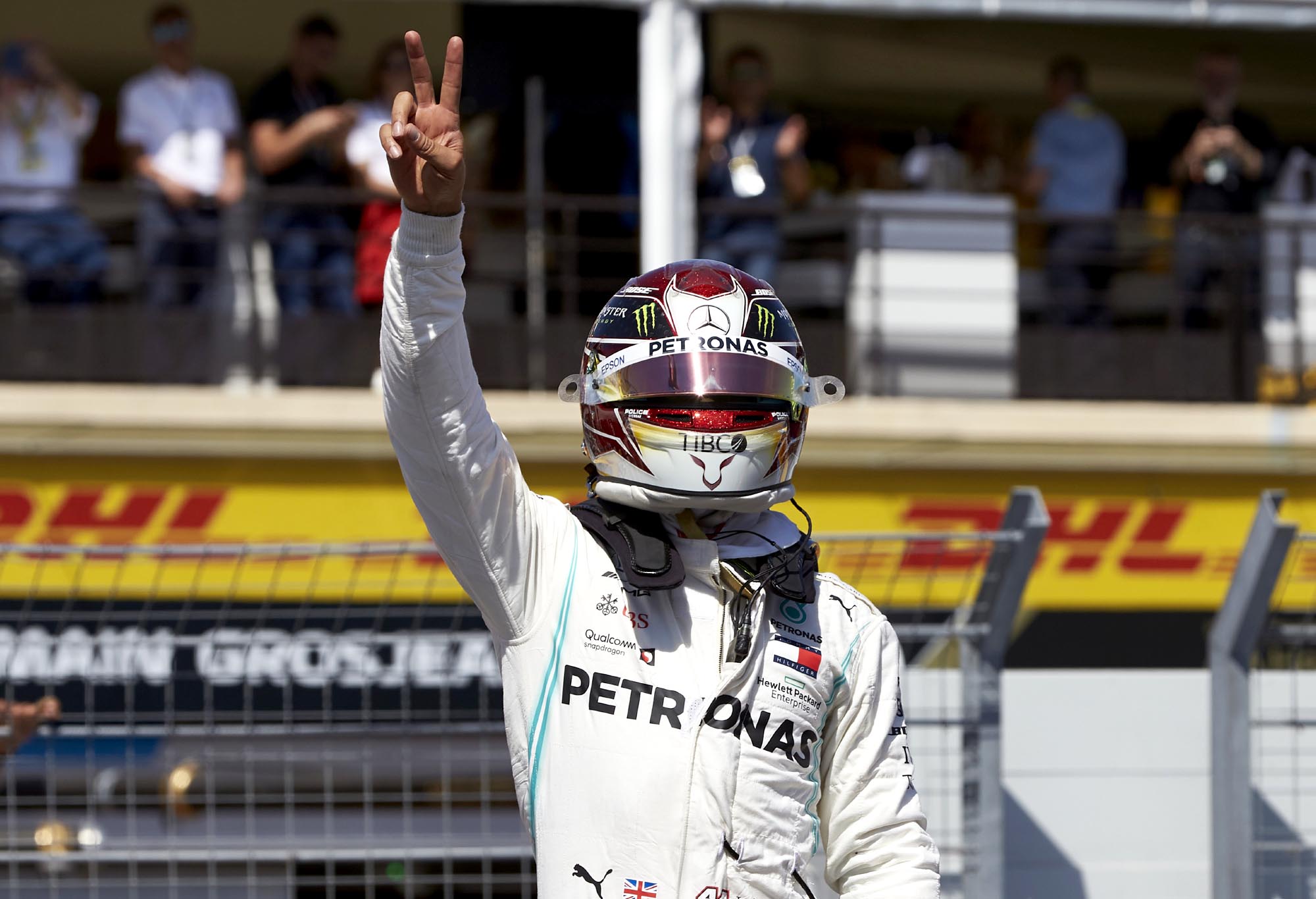 Despite practice and qualifying suggesting a close battle between the Mercedes teammates could have been in the offing for the race, the Briton was peerless from lights out, acing his getaway and immediately building a buffer to the second-placed Bottas to escape DRS range.

Once in control of the race, Hamilton methodically built an advantage over the field so great that he managed to make his sole pit stop on lap 24 without losing the lead, and he would have claimed a rare ‘grand slam’ — pole position, victory and fastest lap — had it not been for a late pit stop by fifth-placed Sebastian Vettel to snatch the bonus point on the final tour.

Hamilton was visibly satisfied out of the car, and he praised his mechanics for delivering a package that easily saw off all comers.

“It’s definitely been a very good weekend,” he said. “I’ve been racing a long, long time, and it just never gets old.

“It’s always such a challenge out there, and I just love trying to find the edge, bridging the gap and being on top of the machine.

“I couldn’t do it without this incredible team. We’re creating history together. I’m so proud of everyone and to be part of this team, this group of people.”

The victory grew his advantage over Bottas to 36 points, and the disconsolate Finn admitted after the race that he had no answer to his teammate’s blistering pace.

“The start was kind of the best bet for me, but Lewis had a good start as well, and ultimately Lewis was quicker today,” he said. “I couldn’t really match his pace.

“It’s something for me to have a look at obviously.

“He was really strong and consistent today and also yesterday in qualifying. He’s no unbeatable — I know that — I just need to work hard.”

Bottas almost failed to lock in second place after a strong challenge from Ferrari’s Charles Leclerc in the final laps of the race. The Monegasque attempted to take advantage of the Finn losing tyre temperature during a brief virtual safety car, but he ran out of laps to launch a move.

Leclerc was nonetheless pleased to complete the podium at the end of a weekend Ferrari’s car was found wanting relative to the class-leading Mercedes machine.

“I gave it everything,” Leclerc said. “But the Mercedes was just too quick.”

Max Verstappen endured a quiet race to fourth place for Red Bull Racing, unable to challenge Leclerc up the road but comfortably ahead of Sebastian Vettel behind in the sister Ferrari.

Vettel’s fifth place represented minor consolation for the German, who started seventh after a difficult qualifying session on Saturday that left him with time to set only a single lap in the top-10 shootout.

Carlos Sainz finished sixth, his equal best finish of the season, to cap off McLaren’s strongest weekend in several seasons despite teammate Lando Norris falling from seventh to 10th on the final lap.

The Briton’s car developed a hydraulic problem during the second half of the race that robbed him the use of the DRS before affecting the differential and power steering.

He defended gallantly against Renault’s Daniel Ricciardo right up until the final lap, when the Australian scythed past him in a move that opened the door to Alfa Romeo’s Kimi Raikkonen and Nico Hulkenberg in the sister Renault to follow him past into places eight and nine, dropping Norris to 10th.