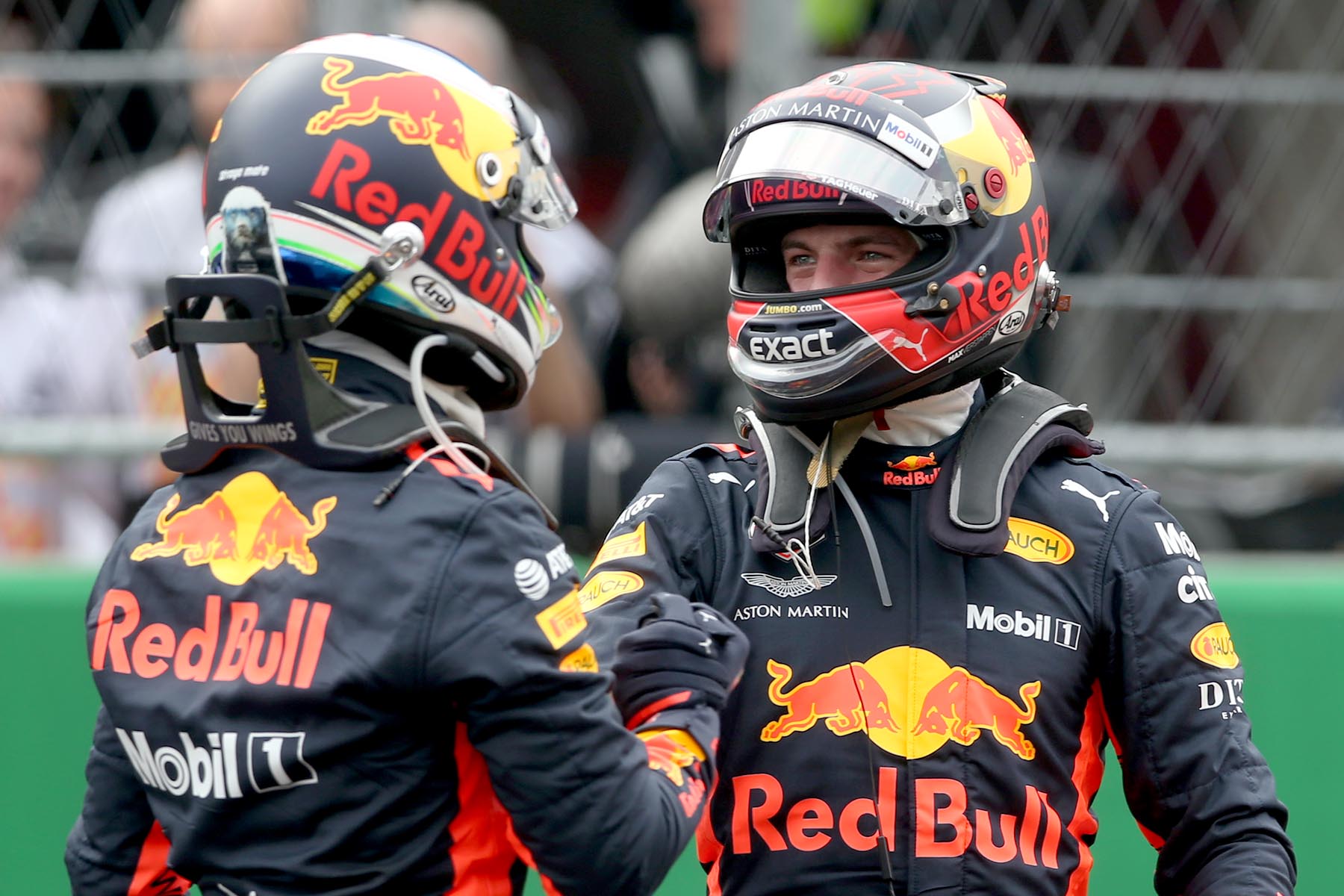 Polesitter Daniel Ricciardo and teammate Max Verstappen have dismissed the spectre of their infamous Azerbaijan crash ahead of what is likely to be a head-to-head battle for victory at the Mexican Grand Prix.

Ricciardo stole pole from under Verstappen at the death in qualifying, denying the Dutchman the opportunity to call himself the youngest ever polesitter in Formula One history.

The defeat was stinging for Verstappen, evidenced by his moody crash into his second-place market in parc ferme after the session, and he lamented power unit problems for preventing him from executing a clean qualifying session after dominating the weekend.

“Let’s say it like this: I was still surprised that I was first in Q3 [after the first runs], because I didn’t feel good at all,” he said. “I was driving around the issues, but in qualifying that’s not what you want.”

But Ricciardo was elated to score his first qualifying victory over his teammate since he won pole at the Monaco Grand Prix in May, in the process confirming Red Bull Racing’s first front-row lockout in almost five years.

“I knew the pace was there it was just a matter of putting it together,” he said. “It was fun — it was very close, but it felt good.”

“That was a mighty last lap for him!” he told Sky Sports. “Daniel did the better job in Q3 and he deserves the pole. All credit to him, it’s great for the team to have both up there.

“Really pleased for him, really pleased to have both cars on the front row as well. It should make for an interesting race tomorrow.”

But Horner will be hoping the race isn’t too interesting, with memories of his drivers’ dramatic crash at the Azerbaijan Grand Prix still fresh in his memory.

Verstappen and Ricciardo were battling for fourth place in Baku when they had a high-speed crash approaching the braking zone on the front straight. Both cars retired, and though both drivers were made to apologise afterwards, neither fully accepted the blame.

With both desperate to win in Mexico — Verstappen to avenge his lost pole, Ricciardo to end his Red Bull Racing tenure on a high before moving to Renault for 2019 — conditions would appear ripe for some high-tension intra-team battling.

But both Daniel and Max denied they would risk giving Horner another heart attack.

“No-one wants to fight like Baku so hopefully no heart attacks tomorrow — or heart attacks of celebration and joy!” Ricciardo said.

Verstappen added: “I don’t even think about Baku anymore.”

But Riccardo cautioned that Red Bull Racing won’t necessarily have things all its own way in the race, with the straight leading into turn one long enough for slipstreaming to play a part in who enters turn two with the lead.

“You never know on Sunday,” he said. “It’s a long run down as well to turn one, and even in general, once you get going, tyre wear’s been pretty significant here this weekend.

“If you are a quicker car, I think you can still overtake. Hopefully we are the quicker car all day.

“I would say we’re in a good position for sure, but we’ll keep it chilled for now and just do what we’ve got to do tomorrow.”