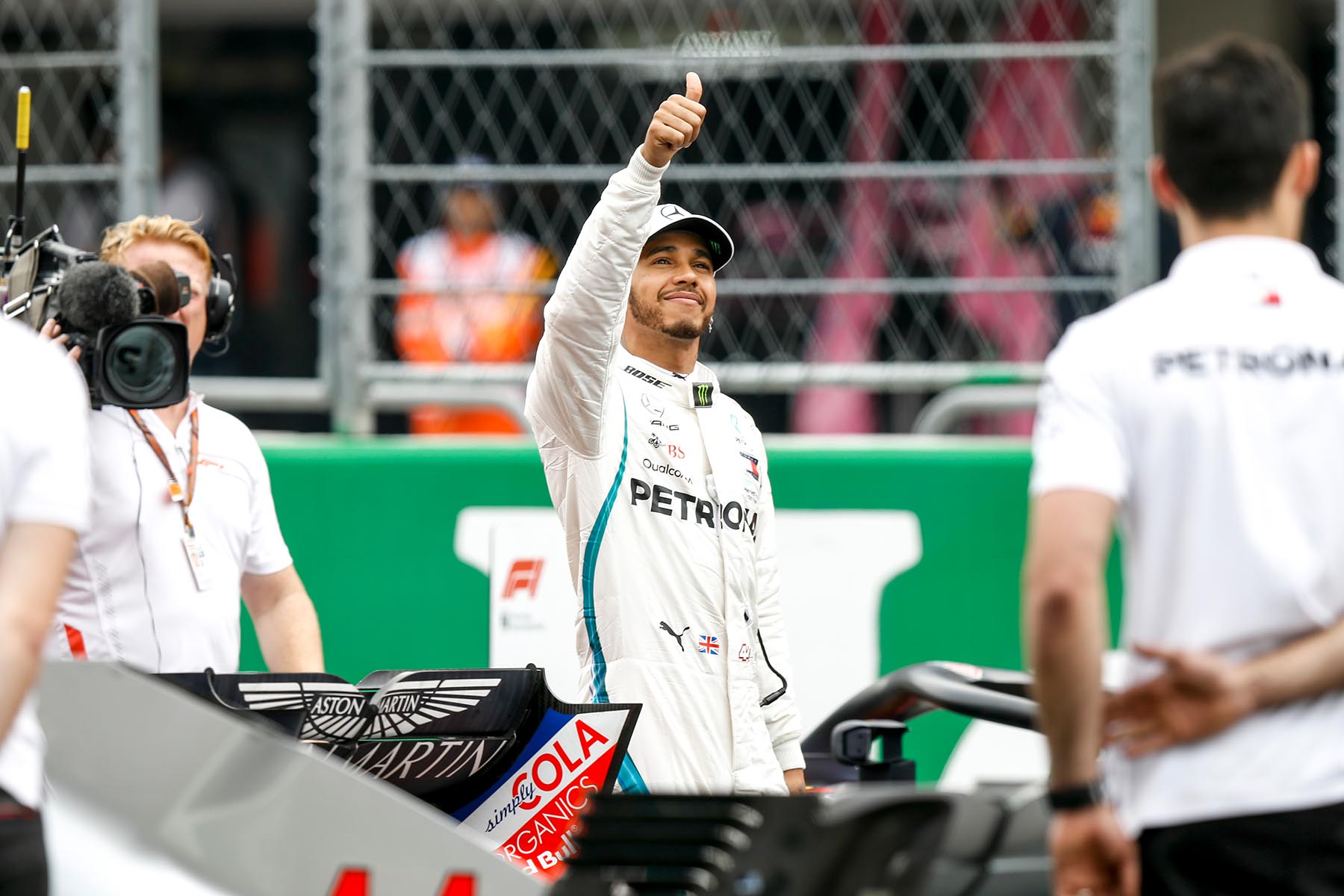 Hamilton in title box seat but memories of 2017 remain

Lewis Hamilton is primed to claim the 2018 drivers championship in the Mexican Grand Prix, but Mercedes boss Toto Wolff is adamant his team should focus on the race rather than the title.

Hamilton qualified third ahead of championship rival Sebastian Vettel in fourth, but a seventh-place finish in the race will be enough for the Briton to end Vettel’s title campaign regardless of where the German finishes.

Victory for Vettel will extend the championship race to Brazil only if Hamilton were to finish eighth or lower.

“Third place is a nice place to start — you get a good tow from the guys up ahead, so naturally I’ll be fighting to try to gain a position,” Hamilton said, focusing on the podium rather than Vettel behind. “We have improved the car, so I’m hoping tomorrow we can still give it a fight, and if we’re able to gain any ground at the beginning, then game on.”

But close to Hamilton’s mind was the first lap at last year’s title-deciding Mexican Grand Prix. The Briton battled polesitter Vettel and Max Verstappen into turn one but picked up a puncture when Vettel made contact with his rear-right tyre. He recovered only to ninth with his damaged car, though it was enough to seal the championship.

“Everyone’s going to be barrelling into turn one to gain, so it’s a very, very fine line,” he said. “You saw what happened last year with the red car behind.

“If you go easy, you can get hit. If you go too aggressive, you can hit or still get hit.

“You’ve got to race it like normal and go in for the win. That’s what I’m going to be doing. I mean, that’s what we’re here to do, is to race.”

Mercedes boss Toto Wolff, a paragon of caution in the face of his team’s almost unbackable championship position, said he also has concerns about the first lap.

“The grid has the potential for carnage on the straight and through the first corners,” he said. “You have the two Red Bulls, who have the least straight-line speed on the front row, and then it’s us — and then the Ferraris are obviously almost 10 kilometres per hour up on everyone else.

“I try to visualise how that could look down the straight and through the first corner — I just hope we come out of it with two cars intact.”

For much of the 2018 season Wolff has preached a one-race-at-a-time message, and after the team was shown up by a resurgent Ferrari last weekend in the United States, confining Hamilton to third place and drawing the drivers championship battle out another round, he reiterated that his team’s focus will be on executing the race rather than delivering Hamilton the title.

“It’s having the mindset of really extracting the best performance of every single day,” he explained. “I’m happy with what we have achieved today, and now it’s about carrying it through tomorrow.

“We have it in our hands in that having a good result with Lewis tomorrow, that could be the decisive result for his championship — but it is not done yet.

“We mustn’t drop the ball. It’s about carrying the ball over the line, and this exercise needs to happen tomorrow and [or] in Brazil, and this is why I don’t want to think too much.

“None of us want to think too much about the championship, but just really concentrate on the task at hand.”