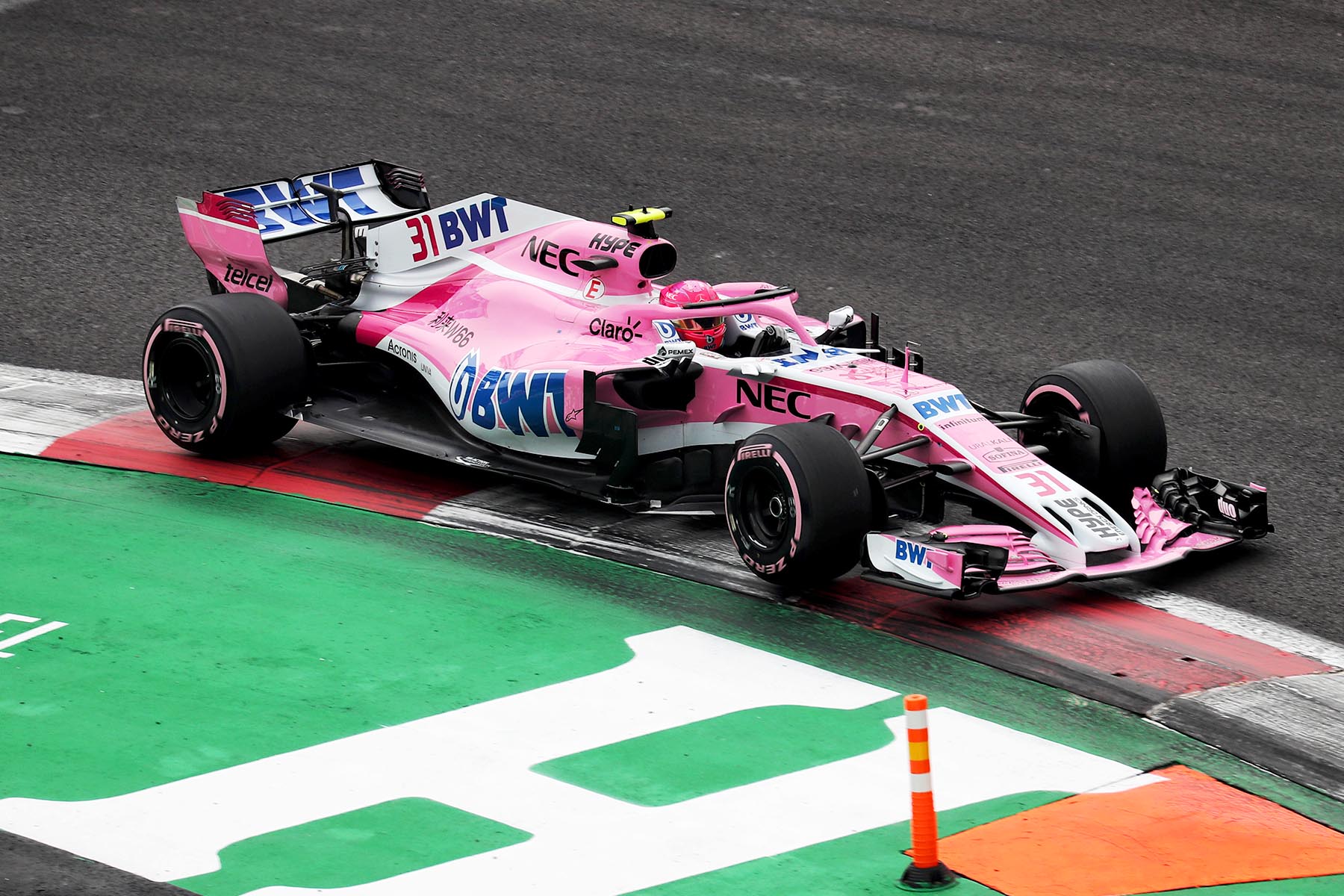 Force India is pinning its hopes of a strong points finish on severe tyre degradation at the Mexican Grand Prix, which it will start from outside the top 10.

Esteban Ocon and Sergio Perez will start the race from 11th and 13th respectively after they opted against using the hypersoft tyre in Q2 — the session in which the top-10 drivers set their race-start compound — as per Red Bull Racing, Mercedes and Ferrari.

But whereas the three frontrunning teams easily locked out the top six positions of the session, Force India was never likely to be quick enough to make it into the top-10 shootout on the harder tyre in the hotly contested midfield — but that’s exactly as the team wanted it.

The hypersoft tyre proved extremely fragile around the Autodromo Hermanos Rodriguez, with Friday practice suggesting it will last only around a handful of racing laps in the opening stint of the grand prix. Even with the standard improvement in degradation teams tend to find from Friday to Sunday, the pink-walled compound is unlikely to make it much further than lap 10.

Not starting on the hypersoft tyre is therefore expected to be a significant strategic advantage, and Force India hopes the tactic will be enough to overcome both Renault and Sauber cars, which qualified for Q3 using the hypersoft tyre, to finish best of the rest behind the leading teams.

But overtaking is extremely difficult at the Mexican Grand Prix, and the unusual low-downforce environment and changeable temperatures will make tyre management necessary on any strategy.

Ocon admitted that the advantage of starting on the harder tyre alone won’t be enough to get the job done.

“It’s going to be a tough race obviously starting that far back, but we’ll try to push hard,” he said. “If it can help us get a good result tomorrow, I’m totally down.”

The chance of rain on Sunday could help or hinder Force India depending on when it falls. Rain overnight will clean the track of rubber, making degradation more severe for those on the hypersoft tyre, but rain during the race would annul the team’s qualifying strategy completely.

Charles Leclerc, who will start from ninth in his Sauber ahead of teammate Marcus Ericsson, said he felt vulnerable to one-stop strategies from cars with free tyre choice as one of the first cars to come into Force India’s sights.

“I think it’s a tricky situation because I think both of the strategies are pretty close together, but I think a one-stop to be a little bit better,” he conceded. “We are in a difficult situation at the moment starting on the hyper but we will try to take the best out of it.”

But Renault’s Nico Hulkenberg, who qualified at the head of the midfield in P6, believes track position will be worth managing the hypersoft tyre to extend its life in the first stint of the race.

“For sure it’s a tyre that requires management and with a life that is of course not as long as the other compounds, but I think we will manage,” he said.

“I also wasn’t convinced that staying out of Q3 and then having free starting tyre choice, which also has some risk involved.”

No-one seems sure exactly how the Mexican Grand Prix will play out strategically, and with Pirelli boss Mario Isola confirming after the race that a one-stop strategy could be achievable with careful management, results should be happily mixed throughout the grid.

“With the variable conditions we have seen so far posing a few open questions, it could be helpful to keep the strategy plans flexible,” he said. “All three compounds have a role to play.”