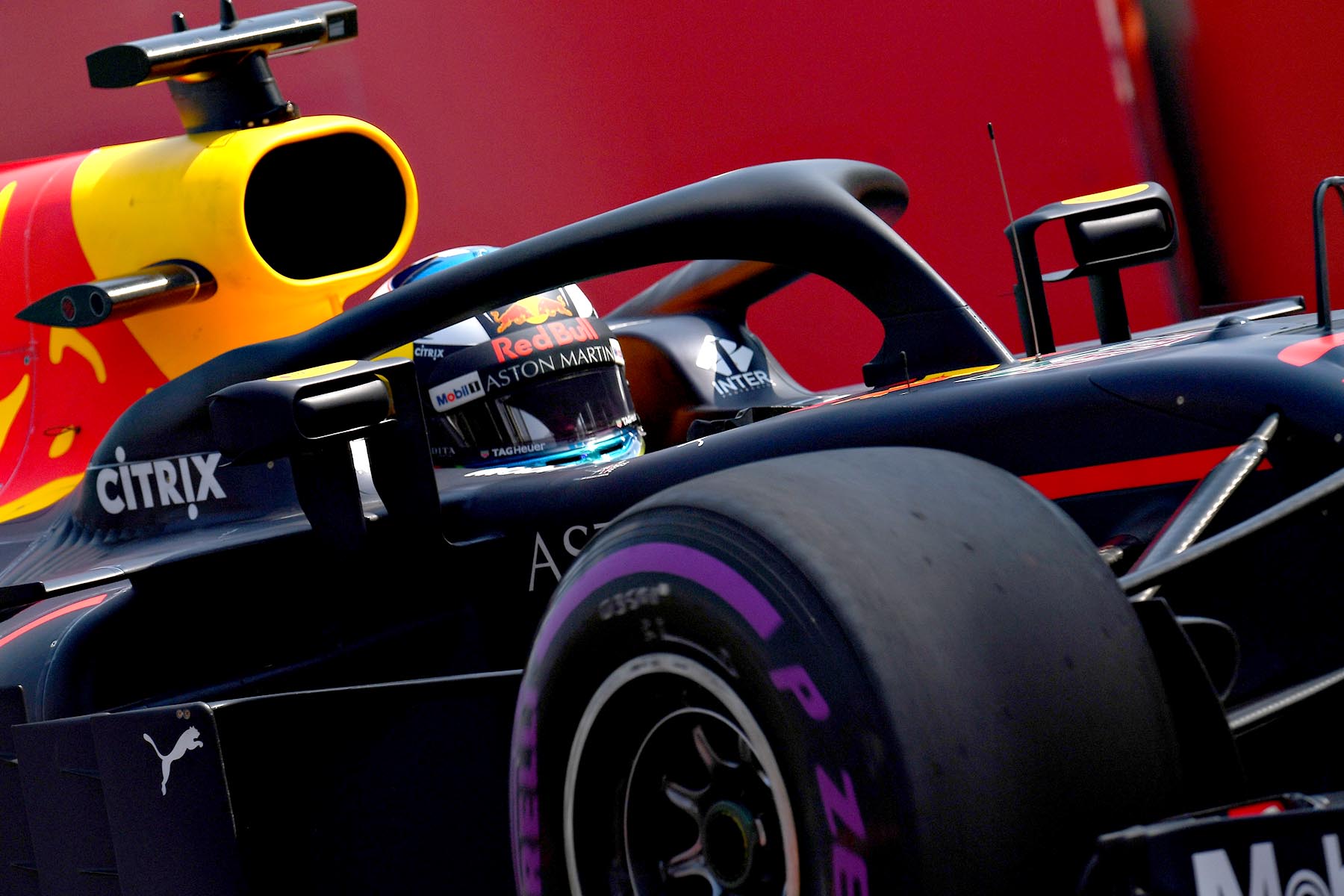 Red Bull Racing may have dominate practice at the Mexican Grand Prix, but Daniel Ricciardo says he isn’t naive enough to think Mercedes and Ferrari won’t join the battle for pole tomorrow.

Max Verstappen led the way in FP2, setting a time 1.2 seconds faster than anyone bar Ricciardo, who was only 0.15 seconds off the pace.

Sebastian Vettel was fastest for Ferrari in fourth place, while Lewis Hamilton could manage only seventh by the end of the day.

Red Bull Racing is expecting to do well at the Autodromo Hermanos Rodriguez, where the high altitude as 22 per cent reduction in air pressure ameliorates the Renault engine’s power deficit. It also plays to the team’s aerodynamics strengths, its RB14 chassis innately generating more downforce than rival cars, even in the thinner air.

“It seems when the altitude, everyone’s power seems to be brought together,” Ricciardo said. “We’ll see tomorrow once everyone goes in qualifying, but at least today, looking on paper, we looked pretty good. So I’m happy with the Friday’s work.”

But the Australian added that he still felt there was work to do to perfect the package.

“I was happy with the low-fuel performance, it was much closer to the pace,” he said. “The high fuel we seemed off the pace — I could feel the car wasn’t quite there but we were still more off the pace than we probably thought.

“We’ll work on the high fuel, but the low fuel for now doesn’t seem too bad.”

But even with the advantage Red Bull Racing held over Ferrari and Mercedes on Friday, Ricciardo remained wary of predicting a qualifying result.

“I don’t want to be naive,” he said. “I’m sure Ferrari and Mercedes will come on strong tomorrow. We’ll see what happens. I hope they don’t!

“I can’t see us being half a second or whatever we are in front of them.

“it could be a close six-way fight for pole. I think that would be pretty exciting.”

Red Bull Racing boss Christian Horner was cautiously optimistic that his team could be decisive players in the fight for pole in the unique Mexico City conditions.

“They’re [Mercedes and Ferrari] for sure going to get their party modes going tomorrow,” he told Sky Sports F1. “But the question is: how much will that give them at this altitude?

“Last year we missed out on a tenth on pole position. This year it’ll be great to go one better. If Max can do it, it’ll make him the youngest ever polesitter, so there’s everything to go for this weekend.”

But while the conditions might be working in Red Bull Racing’s favour, they’re no less taxing on the machinery, with the thinness of air making it difficult to cool engines and brakes, and though Ricciardo complained his car was warning him about temperatures, it was session leader Verstappen who was forced to stop on track when his engine switched itself off.

Verstappen, though, was unperturbed.

“The car felt really good today,” he said. “When you have a good car around here you can make a big gap because it is so slippery.

“Of course there are areas we can improve, but so far we can’t complain.”