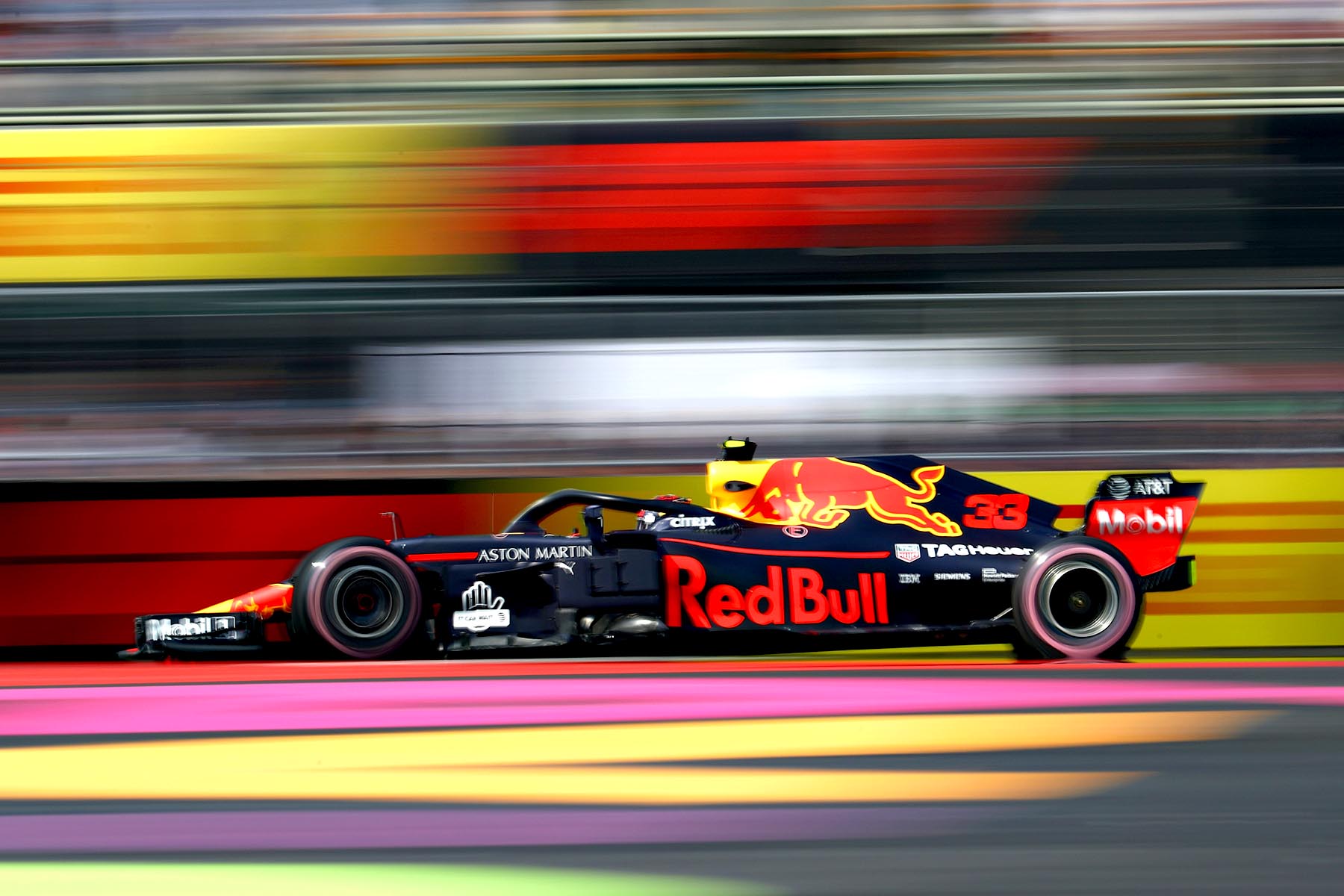 Max Verstappen has led teammate Daniel Ricciardo in a shock domination of practice at the Mexican Grand Prix as title rivals Sebastian Vettel and Lewis Hamilton struggled down the order.

Verstappen’s time of 1 minute 29.754 seconds was only 0.15 seconds quicker than Ricciardo’s best effort, but he more than 1.2 seconds faster than the rest of the field.

Sebastian Vettel was quickest for Ferrari, but the German, who must win the Mexican Grand Prix to have any chance of keeping his slim title hopes alive, was only fourth fastest behind Carlos Sainz in an impressive afternoon of running for Renault.

Championship leader Lewis Hamilton fared even worse than Vettel, ending the session seventh behind Renault’s Nico Hulkenberg in fifth and Toro Rosso’s Brendon Hartley in a surprise sixth. Kimi Raikkonen and Valtteri Bottas were eighth and ninth fastest in the sister Ferrari and Mercedes cars respectively.

Despite Red Bull Racing’s strong pace, it wasn’t an untroubled afternoon for the Milton Keynes-based team. Both drivers complained of power unit problems throughout the day, and Verstappen’s car switched itself off with 10 minutes remaining in the session, leaving the Dutchman to coast to a stop by the side of the circuit.

Verstappen said afterwards that the team suspected it was a hydraulic failure, but he was nonetheless buoyed by his strong performance.

“We have a good car,” he said. “We’ve got good downforce, good mechanical grip.

“The car has been really good to drive in general. Of course there are areas we can improve in, but so far we can’t complain.”

But Verstappen stopped short of predicting his qualifying position, with Red Bull Racing typically cautious of Mercedes and Ferrari turning up their engines on Saturday to snatch pole.

The energy drinks-backed team expected to be competitive in Mexico, with the high altitude playing to its chassis strengths and ameliorating the weaknesses of its Renault power unit — reliability notwithstanding — but the scale of its superiority was a surprise to the paddock.

Key to the mixed results was the hypersoft tyre, the grippiest and most delicate in Pirelli’s range. All drivers reported the pink-striped compound was degrading rapidly, and Ferrari and Mercedes in particular struggled to find improvements from the hypersoft compared to the more durable ultrasoft tyre, which should theoretically be as much as 0.8 seconds slower.

Asked what he was missing, Vettel gave a one-word answer: “Grip!”

“I don’t think we had a tidy lap, so we should have been in front of the Renaults,” he added. “[But] everybody’s on the limit with tyres, trying to get them to work in order to slide less — with the exception maybe of Red Bull.”

The hypersoft tyre’s apparent unsuitability for the Autodromo Hermanos Rodriguez may present problems for virtually every team, with all drivers having chosen more set of the grippiest compound than any other tyre, but forecast rain on Saturday afternoon for practice and qualifying may yet save them from dealing with the delicate rubber.