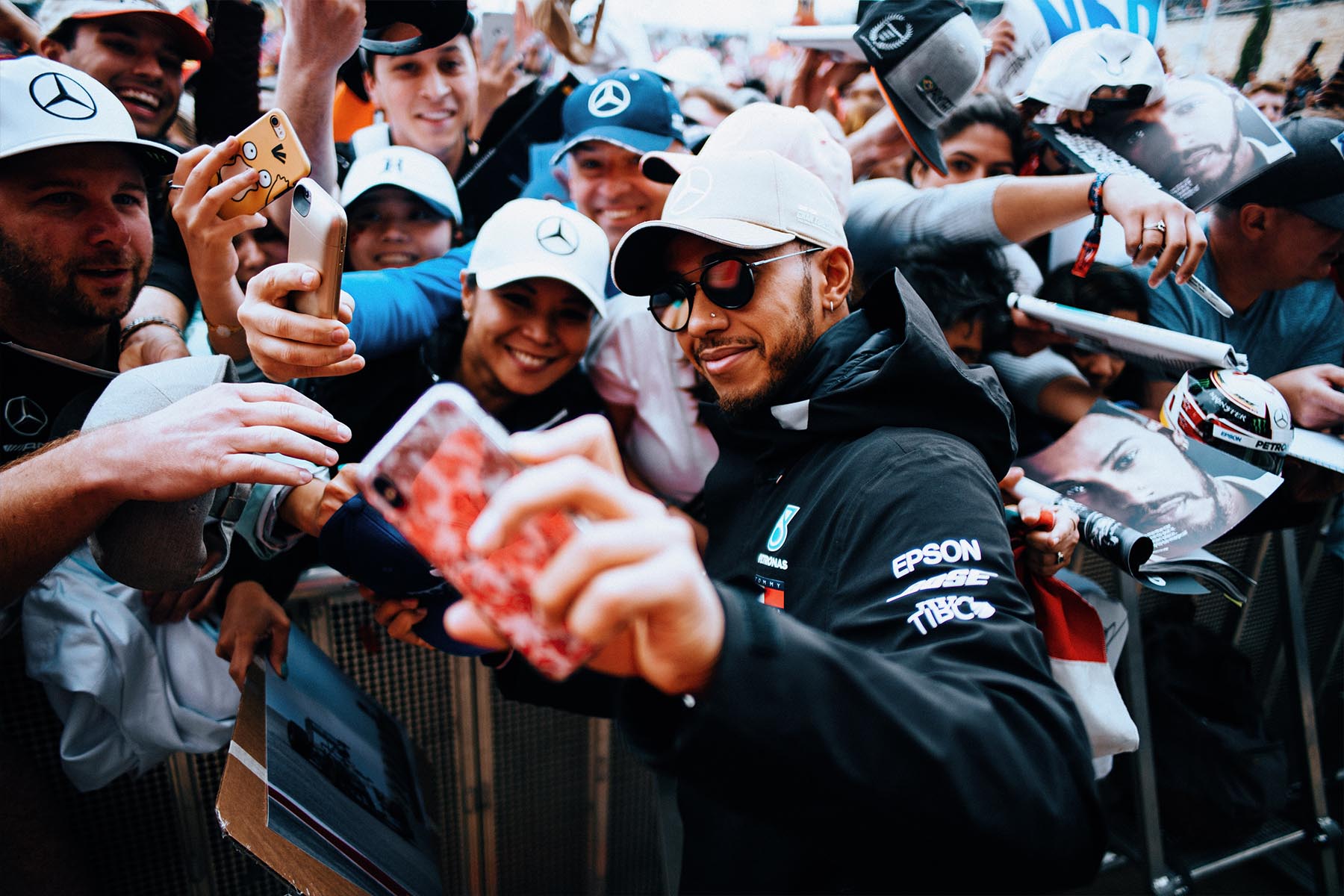 Lewis Hamilton is at his calm best ahead of the Mexican Grand Prix despite the troubles that plagued his car and prevented him from wrapping up the championship early last weekend in Austin.

Hamilton couldn’t convert his hard-fought pole position into victory in the United States, with excessive tyre wear forcing him into a suboptimal two-stop strategy that allowed Ferrari’s Kimi Raikkonen to score a memorable first fin in more than five seasons.

With Sebastian Vettel finishing behind him in fourth, the Briton’s first opportunity to claim his fifth championship went begging, though he was able to stretch his points lead over the German to 70.

But despite the scrappy weekend, Hamilton presented a cool and collected demeanour in the aftermath and insisted in Mexico that he wasn’t feeling the pressure to get the job done.

“This isn’t my first rodeo, I’ve been here before,” he said. “It’s just the place I am at in my life.

“I have the experience, I know what I need to do to get myself into shape and I’m just really enjoying racing.

“I’m here to win and I’m here to win this championship with the team. I choose what I want to put my focus towards and I don’t allow any negativity in, so I’m just on a positive wave.

“If I was here and there was one point between us, I’m sure it would be different. It would be a lot more intense. I’m a decent amount of points ahead, so I guess that does naturally help a little bit, but I think it’s more the experience.”

While few doubt that Hamilton will have earnt his championship, with his run of form in the second half of the season particularly impressive, there’s no doubt that Vettel’s own collapse in combination with Ferrari’s misguided upgrade strategy has played a major role in handing the Briton his massive points lead.

But Hamilton said it would be unfair to say he and the team was anything other than deserving of the results this season, saying they could only give their maximum.

“I think as a team, to get where we are right now with the points that we have, I feel like we’ve earnt them,” he said. “But of course there are certain amount of points we maybe wouldn’t have as big of a gap if certain things had not happened within the season.

“But we can’t control what’s happened in the past. All we can do is take it one step at a time, and we’ve delivered as much as we can from race to race.”

Hamilton need finish only seventh to guarantee the title this weekend regardless of where Vettel finishes. If Lewis were unable to finish in the top seven, Sebastian would still have to win the race to keep the title alive in the following Brazilian Grand Prix.

The numbers are stacked heavily in his favour, but Hamilton says he’s only looking forward to the challenge of beating Ferrari this weekend.

“The Ferraris were really quick in the last race so you have to assume they will be again,” he said. “They were quicker last year [in Mexico], the top three last year were the Ferraris and Red Bull [in qualifying], so for some reason with the power difference here, it’s kind of irrelevant.

“You see Red Bull, which is a great car — they will be really quick this weekend. They will be hard to beat. They came second in the last race and will be strong in qualifying, so I’m excited for that.”