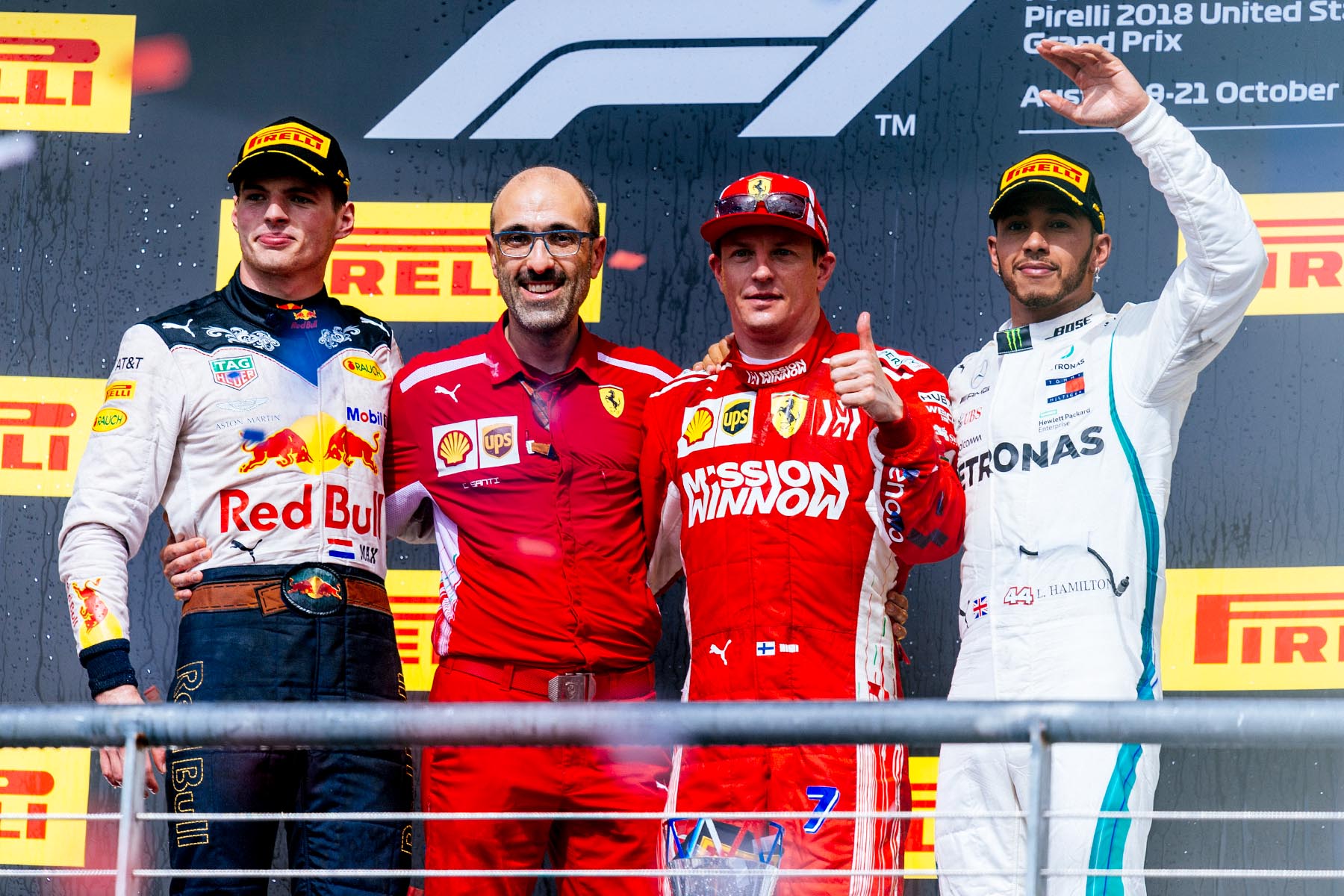 Too little, too late for Ferrari fightback

Despite form, trends and odds all aligned in favour of Lewis Hamilton leaving Texas with a fifth world championship, the state’s lone star refused to follow line up as expected, pushing the Briton’s inevitable title celebration back by another week.

Hamilton’s championship near miss in Austin, where he finished third to Kimi Raikkonen and Max Verstappen and one place ahead of soon to be ex-title rival Sebastian Vettel, is surely an inconvenience at worst. Lewis enhanced his already formidable points advantage over the German to 70, meaning seventh place in Mexico this weekend regardless of the Ferrari driver’s result will be enough to finally seal the deal.

But in some respects this outcome was the most just in the context of the race. Hamilton’s title is no less secure than it was last week, but there was happily no Union Jack-coloured tickertape to obscure the rare sight of a Kimi Raikkonen victory.

Not since the 2013 Australian Grand Prix, a staggering 2044 days ago, has the Iceman mounted the top step of the podium. There have been close calls in the intervening years, but for the most part the Finn has been trounced by his better decorated teammates, satisfying himself as best he can in the second-driver role on what has become one of world sport’s great superannuation tours.

Raikkonen’s fan-favourite status made his hard-fought win a crowd-pleasing result, and it will have lightened hearts at Ferrari too after the bloody beating the Italian team has sustained over the last seven weeks.

Inescapable, though, was that Raikkonen’s typically succinct response to seeing the chequered flag — “Fucking finally!” — could well have applied to Ferrari’s frustratingly stalled title campaign.

When Vettel won the Belgian Grand Prix, in the process proving — not for the first time — that Ferrari had the quickest car on the grid, his gap to Hamilton shrunk to just 16 points. All was still to play for with what should have been decent momentum with eight rounds still to go, and the title seemed destined to go down to the wire.

But what came next was an almost inexplicable swing towards the Silver Arrows.

The Italian Grand Prix was an exercise in self-destruction through poor management and driver error. In Singapore Mercedes overpowered Ferrari, helping Hamilton to a sizzling pole position he converted into a damaging victory.

In Russia Mercedes exercised more than a half-second’s advantage in qualifying and controlled the race sufficient to orchestrate a driver switch part of the way through, and in Japan the Scuderia embarrassed itself with a botched qualifying strategy and was never in contention for victory.

In the space of four races Vettel’s deficit blew out to 67 points and Ferrari lost its car advantage, succumbing to the seemingly indestructible Mercedes machine.

It was principally for this reason Vettel was given no chance of extending his doomed title campaign one more desperate round — and yet at the Circuit of the Americas Ferrari had a renaissance. Of sorts.

“You can see it as good news, but you can also see it as bad news,” Vettel said after finishing fourth. “If we have to go back to a car that has been competitive three or four months ago, surely it can’t be good news.”

The United States Grand Prix seemed to finally reveal that some misguided upgrade work, the most significant of which arrived at the Russian Grand Prix, had hindered Ferrari’s ability to fight back against the Mercedes juggernaut just as it most needed the pace.

A title-winning machine like Mercedes doesn’t afford a competitor so much as a single race, never mind an entire string of them, to make a mistake, yet Ferrari persisted down a dead-end road just long enough to ensure its own bleak destiny.

“All the steps we did, they seem to make sense, but now, looking back, they didn’t.

“Clearly there was something missed.”

Of course these mistakes are borne of the pressures of competing for a world championship in the world’s premier motorsport category, and heartening was that team — finally — did get to grips with the issues ailing its car.

But much like Raikkonen’s popular and likely final F1 win just three rounds before he leaves Maranello for midfield team Sauber, a move long foreshadowed after so many seasons of non-competitiveness in the shadow of more successful rivals, it was all too little, too late for Ferrari.