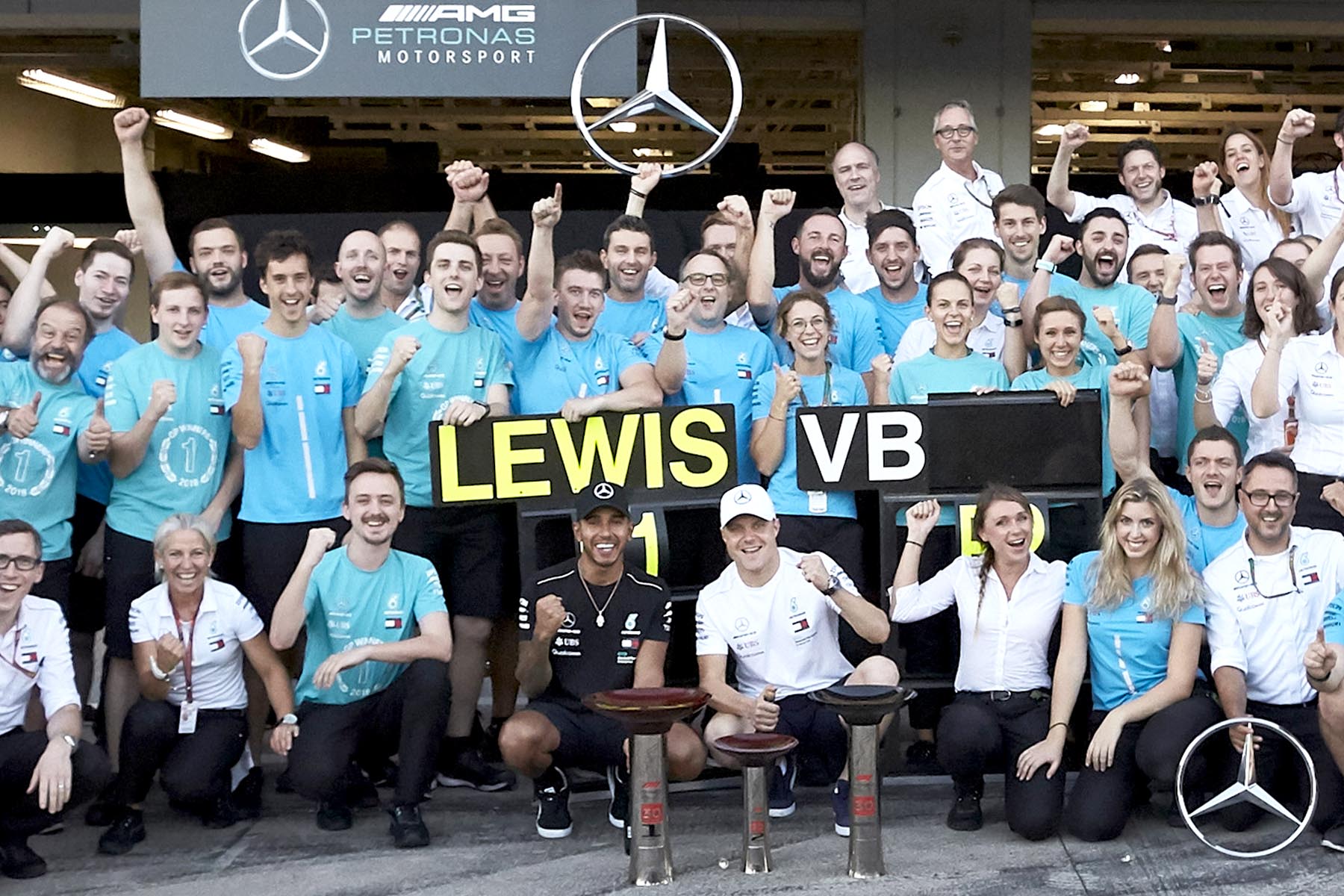 Why Mercedes has Ferrari on the ropes

Lewis Hamilton’s charge to the 2018 world championship continued apace in Japan, where a combination of a perfectly balanced car, flawless driving and — of course — errors from Ferrari delivered the Briton aa 67-point championship lead with four rounds of the season remaining.

You can now mark some key dates into your calendar: Hamilton can clinch his fifth title at the next race in Austin if he wins and Vettel finishes third or lower, and Mercedes can wrap up its constructors campaign at the following race in Mexico City.

Sebastian Vettel and Ferrari’s dire situation was unfathomable early in the season, when the Scuderia were equal to and often ahead of Mercedes in terms of pace, and the factors that turned a glorious dream into a hopeless nightmare are manifold.

Chief among them is of course is driver error, and Vettel will have cause for some serious post-season reflection once he inevitably concedes the championship to Hamilton.

A litany of errors — including a podium-losing lock-up in Azerbaijan, a post-qualifying penalty in Austria, collisions in France, Italy and Japan, and a crash from the lead in Germany — have lost Vettel as many as 70 points, enough to overcome Hamilton’s current lead after the weekend’s Japanese Grand Prix.

And though the mistakes are bad enough on their own, Hamilton has ensured Vettel has been punished for them, scoring consistently when his car wasn’t up to Ferrari’s pace and twisting the knife when he found himself with a mechanical advantage.

But where are these errors coming from — is it simply a matter of Vettel reaching his ceiling, or is there more at play?

The answers will reveal themselves more fully over time, but in the background today is a difficult-to-shake feeling that the German lacks complete trust in his team to get the job done.

Evidence first cropped up at the height of the team’s difficult 2016 season, when Vettel was criticised for inserting himself into too many facets of the team outside the cockpit.

“Sebastian just needs to focus on the car,” Arrivabene said at the time. “He is a person who gives so much, and sometimes this means he is interested in a bit of everything.

“Sometimes you have to refocus him, remind him to be focused on the main job.”

But then could you necessarily blame Vettel, with his championship-winning pedigree developed at the super-effective Red Bull Racing, for identifying and trying bridge weaknesses that he believes are preventing him from delivering glory to Ferrari?

Comparing the Scuderia with title rival Mercedes is an instructive exercise. Consider, for example, Maurizio Arrivabene’s spray over his team’s qualifying blunder to Autosport, deriding his engineers for spending too much time watching their screens rather than applying “common sense”.

Now contrast this public dressing down with the way Toto Wolff runs his team. Speaking after qualifying about how Mercedes concluded correctly on using slicks rather than wet-weather tyres, the Austrian team principal emphasised that he puts faith in his staff to make decisions independent of his opinion.

“I can’t really judge [Ferrari] because I am not in any other team, but what we try to establish is a safe environment,” he said. “James [Vowles, Mercedes chief strategist] flies the aeroplane, and what I can do is comment and give him feedback and input, but ultimately it is his decision what to do.

“He is in command at that moment, although maybe from my ranking I am higher up, but I will not interfere. If it is his call at the end, it is his call.”

A simple example: compare the way Mercedes executed its team orders at the Russian Grand Prix with Ferrari’s dithering in Germany, where it couldn’t decide whether or not to move the slower Kimi Raikkonen out of Vettel’s way, which was a contributing factor in the German’s crash, or with its bungling of team strategy in Italy, where a series of poor communication and tactics lost it the race.

The differences between the two teams continues to grow starker and starker After all, Mercedes has made a few strategy errors this season — in particular in Australia and Austria — but has rebounded each and every time. Can the same be said of Ferrari, which has crumbled under the pressure of supporting its championship campaign?

“I think together we can claim credit for applying the pressure, and ultimately that’s what happens in head-to-head battles with top competitors,” Hamilton said. “It’s the psychological war that we’re in.

“To go head to head with the guy you’re competing with and to see who breaks earliest and who falters is always the ultimate challenge of your mental stability under that pressure.”

“I think it’s collectively done from everyone. Everyone’s putting in 100 per cent and everyone’s delivered time and time again. I’ve been grateful to have also delivered when the team have delivered.”

There are perhaps mitigating factors — “We are a young team and we are probably missing an ‘old hand’, an experienced person capable of reading situations correctly and quickly,” Arrivabene said — but the cold, hard fact of the matter is that, team and driver, Ferrari and Vettel are being pummelled by ruthlessly efficient and experienced opponents.

“Every team has smart people, but ultimately, when it comes to being under pressure, making the right decisions, the right calls, that’s why we are the best team in the world,” Hamilton summed.

It’s hard to disagree, and there’ll soon be more silverware to prove it.