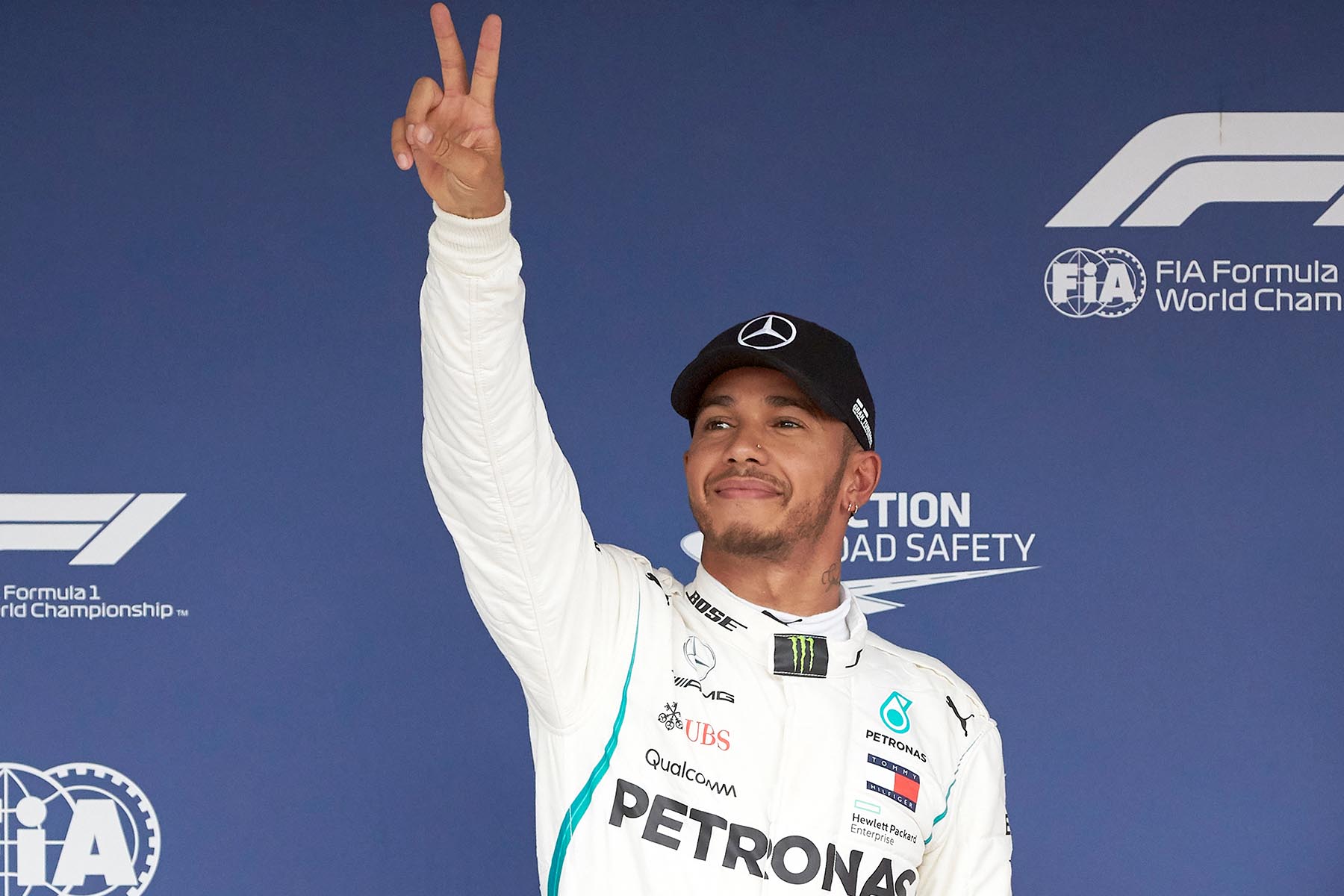 Lewis Hamilton has won his fourth successive race at the Japanese Grand Prix to put himself 67 points ahead of title rival Sebastian Vettel, who undid his weekend with yet another early-race crash.

Hamilton had no trouble converting pole position into victory at the Suzuka Circuit, keeping teammate Valtteri Bottas at bay by five seconds for most of the race and pulling ahead in the final stint to claim the race by 12.9 seconds.

“The whole weekend’s been incredibly strong for the team,” Hamilton enthused. “This track’s the best track in the world.

“The guys you see at the track, the guys back at the factory, these guys work so hard to create this beast.

“I’m just so proud and grateful that I have the chance to do what I do.”

Hamilton can clinch his fifth world championship at the next race in Austin, USA, where a win with Vettel is third place or lower enough to seal the deal.

“Obviously I take it one step a at a time,” Hamilton said. “I think we’ve gone from strength to strength this year as a team.

“Austin is generally a good track for us, and I can’t wait to unleash this beast there.”

Hamilton and Bottas got away cleanly from the line with Red Bull Racing’s Max Verstappen in third, but all attention was on Vettel, who was starting from eighth place after a qualifying tyre blunder left him down the grid.

The German had the bit between his teeth, jumping the slow-starting Toro Rosso drivers almost immediately to move to sixth and passing Haas’s Romain Grosjean for fifth at the hairpin.

Ferrari teammate Kimi Raikkonen was next up the road, but the Finn was already engaged in a battle with Verstappen for the podium, and their fight came to a head at the final chicane when the Dutchman locked up and ran into the run-off area.

But Verstappen wasn’t willing to give up the place so easily, drifting back onto the circuit at the chicane exit and bumping Raikkonen off the road, causing damage to the Ferrari and letting Vettel slip by into fourth.

Verstappen continued in third but was penalised five seconds for dangerously rejoining the track.

Vettel was ready to size up the Red Bull Racing driver, but the race was neutralised by a safety car on lap four when Kevin Magnussen and Charles Leclerc tangled on the front straight.

The Monegasque driver had executed the better launch out of the final chicane and was having a look down the Haas’s inside, but his Danish rival swiped to his right at the last moment, causing a rear-end collision.

Leclerc had front-wing damage but Magnussen picked up a rear-left puncture. He scattered debris across the circuit as he limped back to the pits, necessitating the caution period.

Vettel resumed his Verstappen pursuit when racing restarted on lap eight, but it lasted only until the Spoon curve, where he ambitiously dived down the Dutchman’s inside and made contact. Verstappen ran wide and continued in position, but Vettel sent himself spinning off the track and to the back of the field.

Daniel Ricciardo then became the man on the move. The Australian had started 15th and was already up to 10th by the safety car period. After the restart he made short work of both Force India drivers and Toro Rosso’s Pierre Gasly by lap 13, and he overpowered Romain Grosjean on the following lap to seize fifth place.

Fifth became fourth when Raikkonen opened the pit stop window on lap 18 in an attempt to undercut Verstappen in third, but the strategy backfired when the Finn got caught in lapped traffic. Verstappen and Ricciardo ran until laps 22 and 24 before making their tyre changes, and both emerged from pit lane in third and fourth ahead of the battling Ferrari driver.

Hamilton’s march to victory continued unabated in the lead, but his steady five-second gap began to widen late in the race when he and Bottas had to pass lapped traffic. Bottas, already struggling with tyre blisters, couldn’t move through the slower cars as efficiently as his teammate, and he slipped back to 10 seconds behind Hamilton and into the clutches of Verstappen.

The Red Bull Racing driver applied maximum pressure in the final stages of the race and closed to within one second on the final lap when Bottas committed a potentially crucial lock-up at the hairpin, but the Finn kept cool to hold onto second place at the chequered flag, forcing the Dutchman to settle for third.

Ricciardo finished fourth ahead of Ferrari’s Kimi Raikkonen and Sebastian Vettel, who set the fastest lap of the race as something of a consolation after another miserable weekend.

Carlos Sainz scored the final point of the race for Renault, passing Pierre Gasly in the final laps of the race to deprive Toro Rosso of a points finish at the home race of its engine supplier, Honda.