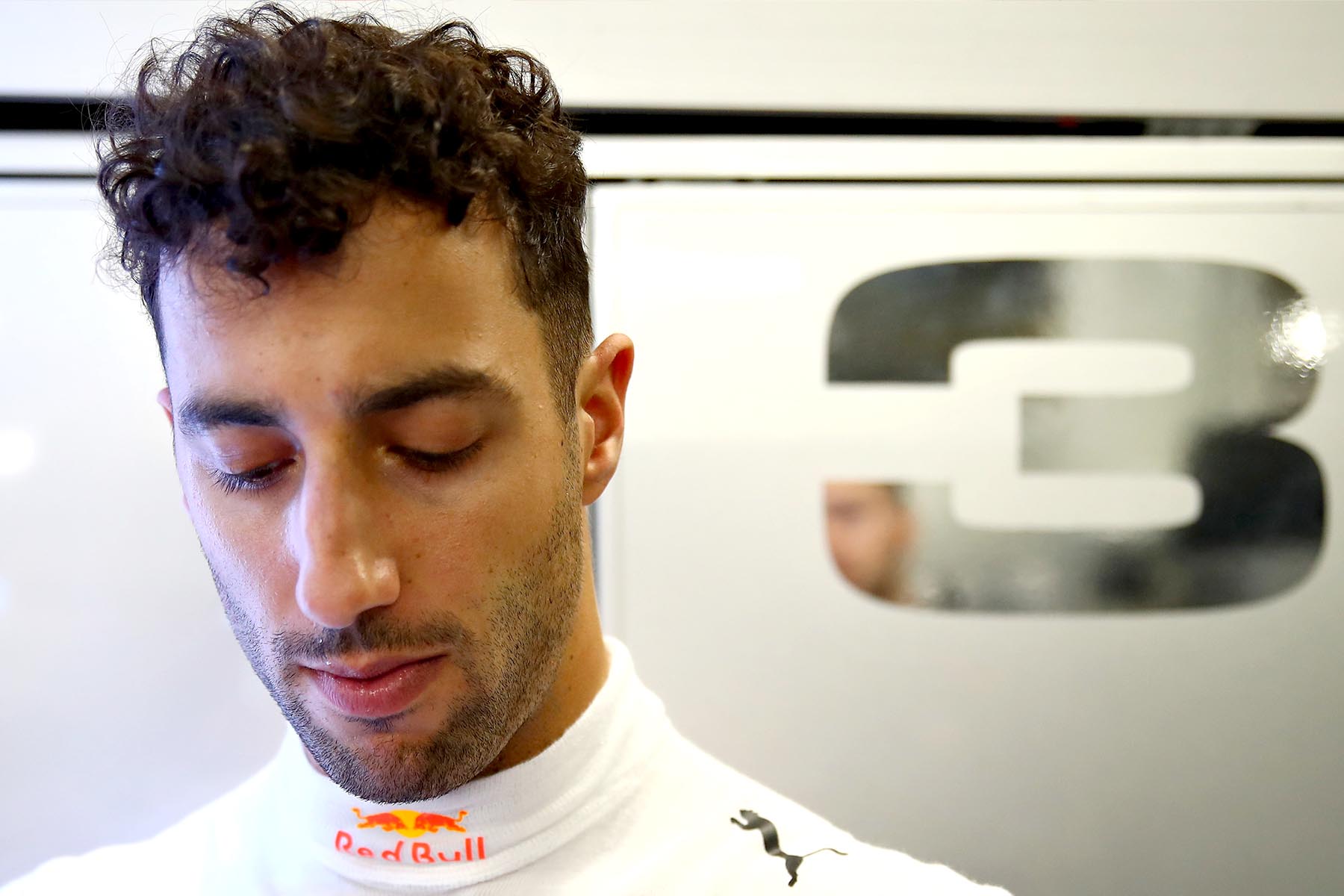 Daniel Ricciardo was furious at Suzuka after a power unit failure left him stranded in 15th on the grid at the Japanese Grand Prix.

The Australian’s Renault power unit suffered a throttle actuator failure on his first out-lap of Q2 and was recalled to the pits immediately, but his Red Bull Racing team was unable to address the problem before the end of the session.

It was Ricciardo’s fourth serious power unit problem in seven races, three of which triggered race retirements, and the 29-year-old turned the air blue after getting out of the car, swearing so loudly he could be heard through his helmet from the other side of the garage.

After taking the opportunity to cool down, a thoroughly downcast Ricciardo said he couldn’t believe his run of bad luck this season.

“I was just sitting with my engineer before and we really struggled to think of a smooth weekend we’ve had from start to finish,” he said. “I don’t want it to come across all negative, but I think it’s just more that we’ve had a really unlucky one. I don’t really know why.

“Even if I go back to Monaco, I got the result, but if you forget what my result was, I had a lot of bad luck on that Sunday. It nearly went. I did have bad luck, but I didn’t, because it still got me home, so I kind of feel even Monaco wasn’t that smooth.

“Obviously I’m frustrated and fed up, but I’m not going to let it get the best of me; I’ just going to keep trying an believe it will eventually turn around — hopefully at some point this year.”

The result was particularly galling given Ricciardo had said on Friday that mixed conditions for qualifying might have enabled him to vie for a place on the second row of the grid.

Max Verstappen made good on that potential, qualifying third, and with both Ferrari drivers having struggled in Q3 with a botched tyre call — Kimi Raikkonen qualified fourth, Sebastian Vettel languished in ninth — the door was wide open for Red Bull Racing to record a strong result with both cars.

“It would’ve been nice, and I think once you get the start done you can hold pretty strong track position here,” Ricciardo lamented. “Obviously I’ll have better pace than the cars around me, but I’m not going to be driving by them easily.

“I’d love to say I will, but I think realistically it’s still going to be a pretty long old race. I’ll do what I can, but I’m not expecting it to be too crazy.”

The only opportunity Ricciardo has to make up ground on his fellow frontrunners will come from strategy, but Pirelli’s soft and supersoft tyres were sufficiently durable during Friday practice to make the race a one-stop affair in similar conditions.

However, warmer conditions are expected on Sunday, when the forecast is for a sunny 26°C for the race start at 2pm, potentially offering a window of opportunity for the frustrated Australian should his competitors struggle with tyre wear.

“I’m hoping that it’s roasting tomorrow,” he said. “But even so, even when we think it’s going to be a high-deg race, everyone seems to do a one-stop pretty easily.

“My long run on the soft yesterday was solid at the end of the day, but we just need that clear track to use it. Hopefully we can find a way to get through tomorrow.”