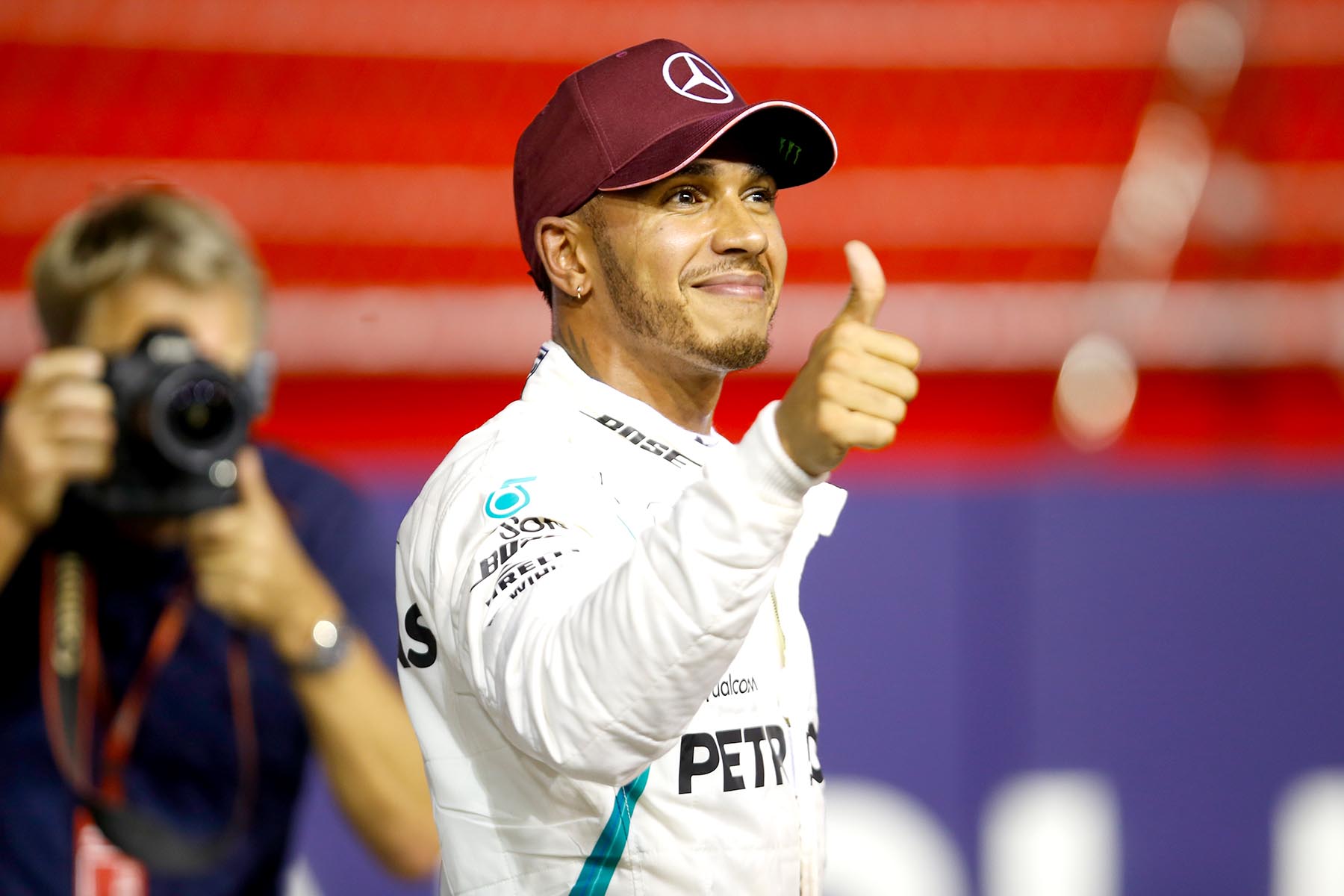 Ferrari expected to control this weekend and allow Vettel to close his 30-point championship deficit to Hamilton, but despite results across the three practice sessions suggesting the Italian team would have it own way on the Marina Bay streets, Mercedes and Red Bull Racing were able to close the gap in time for qualifying.

Even Hamilton’s engineer was in awe of the Briton’s performance, radioing him on his way back to the pits to hail the “epic lap”.

But the Briton had a scrappy second lap, abandoning it halfway through, and Vettel and Verstappen threatened to usurp him with record-breaking first-sector times — but then they too underperformed in the final two sectors, and they crossed the line without improving their times.

The first-lap margins stood, and Hamilton had won himself an important pole position on a track where passing is difficult.

“That lap felt like magic!” the Briton enthused. “I don’t really know where it came from, but it all came together.

“I want to say a huge thank you to all the team. Everyone’s working so hard to pull out the extra bits, and today I managed for that one lap just to get it right.

Verstappen had endured a difficult day up until the end of qualifying, complaining vociferously of power unit problems throughout Saturday afternoon practice, but the Dutchman overcame his car’s limitations to secure his second successive Singapore front-row start.

“Honestly this feels like a victory,” he said. “The amount of problems I’ve had today, with the engine not having a smooth run, to be second is unbelievable, and that just shows we have an amazing car.”

“We just have to make sure we have a clean start, and from there on everything is possible,” Verstappen added. “We’re very happy with the car.”

Vettel cut an utterly dejected figure after qualifying, having watched what should have been a golden opportunity to strike back against Hamilton in the championship race slip through his fingers.

“Not ideal obviously,” he said curtly. “We wanted to get pole. We didn’t.”

“In the end we had two laps and they both weren’t good enough. It’s not what I wanted and not what we wanted today.”

Force India’s Sergio Perez led the midfield with a 0.4-second margin over Haas’s Kevin Magnussen and teammate Esteban Ocon. Nico Hulkenberg was the slowest of the session, qualifying 10th.

QUALIFYING TWO
Ferrari attempted to use the ultrasoft tyre to progress through the session, which would have allowed them to start the race on the more durable tyre, but neither Sebastian Vettel nor Kimi Raikkonen was anywhere near fast enough on the harder rubber to qualify for the top 10.

Both were able to set another lap with the hypersoft tyre, but Vettel was released into traffic and almost tripped over Romain Grosjean and Nico Hulkenberg in the final sector of his last attempt. He ended the session safe in sixth regardless.

McLaren’s Fernando Alonso was the fastest driver eliminated in the somewhat enviable position of 11th — one place outside the top 10 but with free tyre choice for the start of the race, a potential strategic advantage.

Renault’s Carlos Sainz, who will replace Alonso at McLaren next season, qualified 12th ahead of Sauber duo Charles Leclerc and Marcus Ericsson.

Toro Rosso’s Pierre Gasly was slowest of the session in P15.

QUALIFYING ONE
Daniel Ricciardo stole an early advantage for Red Bull Racing, topping the session with a 0.065-second margin over Sebastian Vettel, but Mercedes struggled with tyre gamble that almost backfired.

Both Valtteri Bottas and Lewis Hamilton used ultrasoft tyres for the session — the team had brought one fewer set of the grippiest hypersoft tyres to Singapore — and with the track conditions improving throughout the evening, both were at risk of being knocked out.

They tumbled down the order until Bottas was 12th and Hamilton was 14th, but fortunately for both, Haas’s Kevin Magnussen couldn’t improve with his final lap and neither Toro Rosso’s Brendon Hartley nor McLaren’s Stoffel Vandoorne had the pace of their teammates to avoid the knockout zone.

Magnussen, Hartley and Vandoorne qualified in positions 16 to 18, leaving Williams alone at the back of the grid, where Sergey Sirotkin and Lance Stroll delivered the English team one of its worst qualifying results of the season.

Both drivers made mistakes on their final flying laps, leaving them more than 1.4 seconds slower than anyone else.