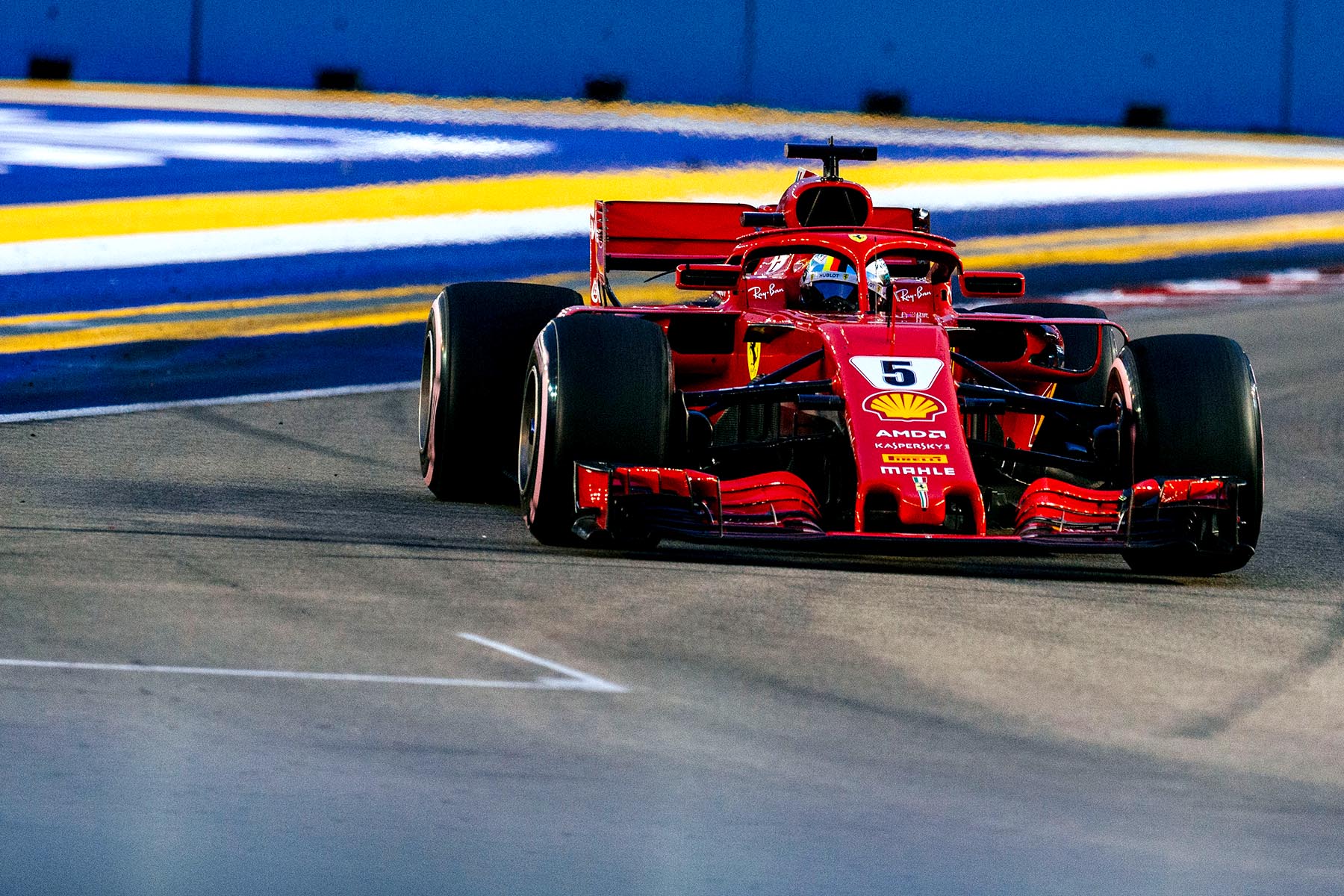 Sebastian Vettel was supposed to have qualifying all his own way at the Singapore Grand Prix, but instead he was left blinded by a Lewis Hamilton broadside.

Ferrari has typically been strong at Marina Bay, and Vettel’s four victories on the demanding street circuit is the most of any driver. Practice results provided little reason to believe a deviation from the trend this weekend.

It would be an important pole position for Vettel on a track where overtaking comes at a premium — down 30 points to Hamilton in the championship standings after a messy first-lap crash at the previous race in Italy, the German has just seven races to revive his title campaign.

So the weekend was going to plan, but by the time the top-10 shootout rolled around, it wasn’t Vettel who was lighting up the timing screens.

Lewis Hamilton blitzed his first runs, putting a scarcely believable 0.6-second gap between him and Vettel — a gap so large that Max Verstappen slotted himself between the two protagonists.

Vettel had no answer. Crestfallen, he was forced to accept a place on the second row of the grid.

“For sure not happy with how the day went,” a dispirited Vettel said after the session. “I think qualifying for us wasn’t as smooth as it should’ve been.”

Vettel and teammate Kimi Raikkonen lost additional laps of experience on the hypersoft tyre in Q2 when Ferrari attempted to have them progress to Q3 on the ultrasoft compound to gain a strategic advantage in the race — but the purple compound was 1.6 seconds slower than the pink rubber, and both inevitably had to switch to the grippier tyre anyway to avoid elimination.

Though Vettel rejected the idea the lost hypersoft lap affected his result — though he rejected all explanations for the pace deficit — he admitted he wasn’t completely comfortable in Q3.

“For us today, the way we composed qualifying, I think it was difficult to get a rhythm,” he said. “I was struggling in Q1, Q2 and Q3.

“It’s just disappointing obviously today that we didn’t get the maximum out of our package.”

But more important to the Q3 result was poor tyre warm-up, a problem that had apparently been lying dormant in the Ferrari machine up until that point.

Ferrari’s drivers were pushing notably harder on their out-laps in Q3 than their rivals, apparently unable to bring the hypersoft tyre up to temperature.

“For sure here and there we could’ve done better, maybe with preparing the lap, the qualifying, but in the end I had the laps and obviously they were not strong enough and good enough to be near,” Vettel said cagily.

Raikkonen was slightly more forthcoming about his understanding of the car’s problems in qualifying, admitting that small imperfections in preparation and set-up had cost the team significantly.

“When you have struggles [with tyre temperature] you have to go faster to try to make them on,” he said. “But it’s not always straightforward.

“In a place like this it’s fundamental to have it exactly how we want because such a long track — you lose even half a tenth in one place, and when that happens in few corners, you suddenly have three, four-tenths difference.

“That’s what is obviously tricky here.”

Finishing third to a victorious Hamilton would blow the Briton’s championship lead out to 40 points, meaning Vettel must reckon with the unlikely proposition of passing both Verstappen and Hamilton on track in what is likely to be a one-stop race of tyre management.

Things are looking increasingly grim for the Scuderia in Singapore.