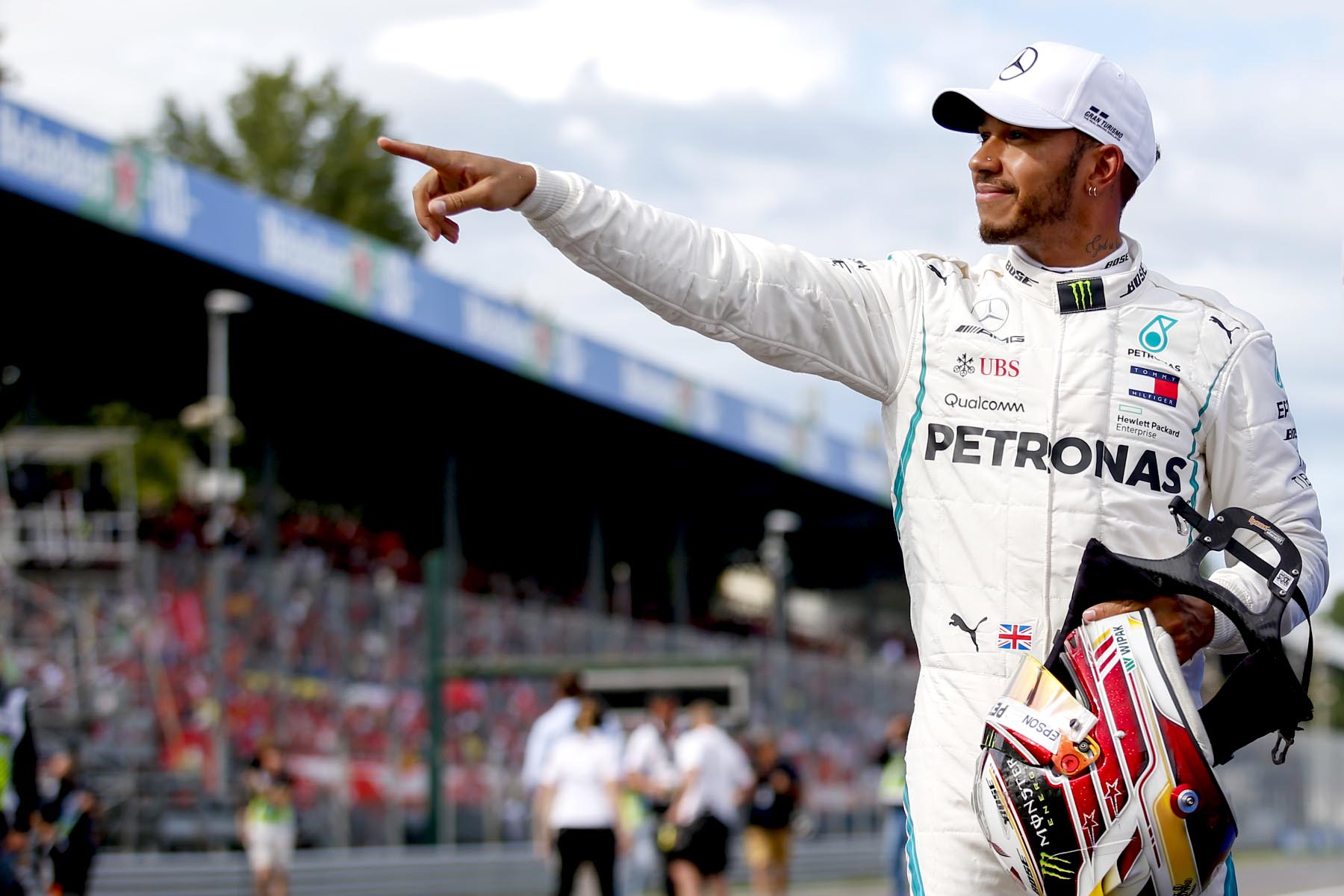 Lewis Hamilton has sensationally snatched victory against Ferrari to extend his championship lead to 30 points in a blockbuster Italian Grand Prix.

Ferrari started its home race with Kimi Raikkonen and Sebastian Vettel first and second on the grid, but a combination of driver error and ruthless Mercedes strategy conspired to deny Italian fans their first home win since 2010.

Hamilton’s victory was predicated on a fraught first-lap duel with title rival Vettel that culminated in the pair making contact.

Hamilton had slipstreamed behind Vettel from the exit of turn one all the way to turn four, where the Mercedes driver swept around the scarlet car’s outside.

The German clipped the apex in defence and understeered into Hamilton’s left-hand side, sending himself spinning off the track with a broken front wing.

“I think he didn’t leave me any space,” Vettel told Sky Sports F1. “I had no choice but to run into him and make contact.”

The stewards investigated the incident but judged neither driver was at fault.

Fortunately for Vettel, a first-lap collision between Marcus Ericsson and Brendon Hartley triggered a safety car, allowing him to stay on the lead lap after making a pit stop for repairs and new tyres.

Equipped with a fresh set of softs for the resumption on lap four, Vettel scythed his way through the midfield, and after 20 laps he was already racing in the top five.

The battle for the lead ebbed and flowed between Raikkonen ahead and Hamilton following closely behind. The pair sparred briefly immediately after the safety car, but the Briton was happy to bide his time in Raikkonen’s slipstream in preparation for a strategic gamble at the pit stops.

Ferrari was the first to pull the pit-stop trigger, bringing in Raikkonen on lap 21, but Mercedes opted to leave Hamilton out in the hope his used supersofts could outpace Raikkonen’s new but harder soft-compound tyres.

Hamilton had seven laps to make the difference, but Ferrari’s pace proved too strong. Mercedes, however, was concocting a cunning backup plan.

The team brought Hamilton in on lap 28, and he emerged from the pits more than five seconds behind Raikkonen. Valtteri Bottas, who hadn’t yet stopped, inherited the lead and was ordered to hold up Raikkonen, allowing the sister Mercedes to close the gap.

Hamilton put the hammer down and by lap 30 was all over the back of the obstructed Raikkonen, who was badly wearing his tyres attempting in vain to find a way past the leading car.

His job done, Bottas got out of the way on lap 36, depriving Raikkonen of his valuable slipstream on Monza’s long straights. The Ferrari’s tyres now ailing badly, Hamilton methodically poked and probed Raikkonen’s defence until he cracked the Finn on lap 45, slicing his way into the lead at the first chicane.

He sprinted off into the distance, breaking the hearts of the Italian fans packed into the grandstand.

“Firstly, I want to give it up to Ferrari, who put up a great challenge this weekend,” said Hamilton, ecstatic and out of breath, after the race. “They did an amazing job and have given us ag great fight.

The result went down badly amongst Ferrari’s partisan home fans, but Hamilton said he had worked to turn the hostile reception into positive motivation after being jeered by the crowd after qualifying.

“There was a lot of negativity, as there is when you’re against an opposing team,” he added. “I saw so many British fans out there. They inspired me so much for this race. That’s what I was driving for.”

Raikkonen finished a disappointed second, failing to convert his first pole position of the year into his first win for 2018.

“I think it [the car] was quick enough, but unfortunately the rear tyres went and it was a losing battle from that point,” he said. “I tried, but it was impossible in the end unfortunately.

“At least we got second place. We’ll keep fighting.”

Valtteri Bottas finished third after a feisty battle with Max Verstappen after his pit stop.

The battle climaxed in a lap-43 collision triggered by Verstappen’s overly aggressive defence of position at turn one, bumping Bottas off the track.

The stewards handed the Red Bull Racing driver a five-second penalty for the indiscretion, and Bottas needed only to follow him home to take his place on the podium.

“I think as a team we take this result,” Bottas said. “We got more points than Ferrari at their home.

“We’ll take it, but hopefully we can be better next time.”

Vettel also benefitted from Verstappen’s penalty to finish fourth, but he left Ferrari’s home race with his biggest championship deficit of the season despite possessing the fastest car since July.

The German insisted, however, that his championship hopes are still alive and well with seven races remaining.

“I think we drove well,” he told Sky Sports F1. “We still got a lot of points, so it could’ve been a lot worse today.

“I’m not too worried. I think if we have the pace, the points [gap] sounds a lot, but it doesn’t take a long time to get it down.”

Verstappen finished a penalised fifth, but he was still more than half a minute up the road from Haas’s Romain Grosjean, whose recovery after a grim first half of the season continued with a strong sixth place.

Renault launched a protest against Grosjean’s car after the race, however, and the stewards found it to me in breach of technical regulations, disqualifying the Frenchman.

Force India duo Esteban Ocon and Sergio Perez therefore finished sixth and seventh, with Perez in particular marking himself out for praise after starting 14th on the grid.

Carlos Sainz scored two points for Renault in eighth, and Williams’s pair Lance Stroll and Sergey Sirotkin scored points in ninth and tenth, the latter-named driver for the first time this season.

← Raikkonen rocks record books with Monza pole
Is this the sound of Vettel cracking? →