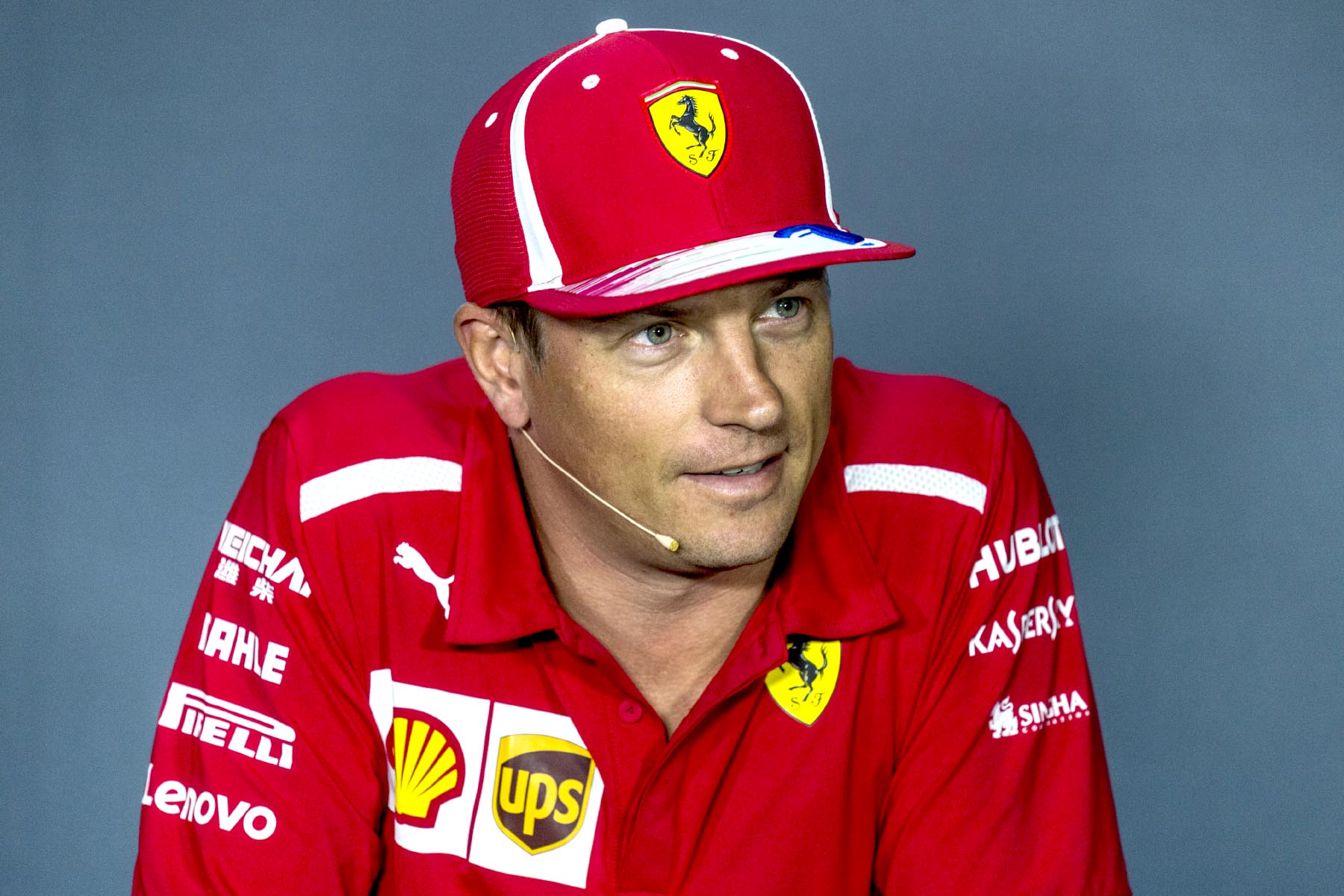 The Finn’s lap — a 1 minute 19.119 seconds — was not only a new all-time track record of the historic Monza circuit, it was also the fastest average speed ever recorded in Formula One over a single lap, clocked at 263.588 kilometres per hour.

The result is Ferrari’s first front-row lockout at its home race since the 2000 Italian Grand Prix, and Raikkonen, soaking up the adoration from the partisan Italian crowd, hoped the team was now close to ending its eight-year Monza victory drought.

“I couldn’t think of a better place to be on pole position than our home grand prix in front of all the tifosi,” he said. “Obviously it’s great for tomorrow, but it’s only half the job done.

Championship contender Vettel qualified 0.161 seconds behind his teammate but was obviously unhappy about the result.

Though the German wouldn’t confirm what had invoked his displeasure, it seemed clear he was unhappy about that he had left pit lane ahead of Raikkonen for both the pair’s laps in the top-10 shootout, thereby giving his teammate the benefit of his powerful slipstream on Monza’s long straights.

“It’s always like this in Monza,” Vettel said. “Obviously he was in a good spot.

“We can have a look, but for now it’s great to have both car son the front row.

“It’s a good result for the team. I’m not entirely happy with my last run, but I think Kimi was a little bit too fast in the end.”

Hamilton, who leads Vettel in the drivers standings by 17 points, qualified third and just 0.014 seconds behind his title rival.

“Congratulations to Ferrari, they did a solid job today,” the Briton said to jeers from the massing Ferrari faithful. “We gave it everything we could. It’s obviously incredibly close between us.

“We’ll give it all tomorrow. Everyone in the team is working as hard as they can to make the difference.”

Valtteri Bottas was almost 0.4 seconds adrift of Hamilton in the second Mercedes, but the next-quickest car behind the two fastest teams was a further second off the pace, with Max Verstappen lining up his Red Bull Racing car in fifth.

Romain Grosjean will line up alongside the Dutchman in his Ferrari-powered Haas car.

Renault’s Carlos Sainz beat Force India’s Esteban Ocon by less than a tenth of a second to line up seventh and eighth on the fourth row of the grid.

QUALIFYING TWO
With Renault’s Nico Hulkenberg and Red Bull Racing’s Daniel Ricciardo saddled with penalties that will have them start from the back of the grid, only three further cars were at risk of missing out on the top-10 shootout.

Kevin Magnussen was behind the session’s most unusual highlight when the Dane battled McLaren’s Fernando Alonso for track position into the first turn.

Both drivers had their crucial final laps ruined and both were eliminated in Q2, Magnussen in 11th and Alonso in 13th. The incident was taken up by the stewards after the race.

Between the sparring rivals qualified Williams driver Sergey Sirotkin, the Russian disappointed to be unable to follow his teammate, Lance Stroll, into Q3.

Neither Hulkenberg nor Ricciardo set a time in 14th and 15th, ensuring both will have free choice of starting tyre for Sunday’s race.

QUALIFYING ONE
Despite qualifying beginning the feeling of a distinct lack of jeopardy, Force India’s Sergio Perez found a way to eliminate himself from qualifying early.

The Mexican, who finished fifth at the Belgian Grand Prix last weekend, missed the cut-off time for Q2 by 0.001 seconds, losing out to Haas’s Romain Grosjean.

Fortunately for Perez and his Force India team, which continues to exist under a legal cloud after exiting administration in August, he’ll be promoted two places on the grid once Nico Hulkenberg and Daniel Ricciardo ahead of him take their places at the back of Sunday’s grid with power unit penalties.

Charles Leclerc finished just 0.001 seconds behind Perez, emphasising the closeness of the midfield competition, but the Sauber driver had a comparatively healthy 0.045-second advantage over Toro Rosso’s Brendon Hartley in P18.

Leclerc’s Sauber teammate, Marcus Ericsson, was the third driver to carry a grid penalty into qualifying, the Swede picking up 10 places for an unscheduled engine component change after his horror somersaulting crash during practice on Friday afternoon.

Ericsson’s best effort was good enough for only 19th, which will promote him 17th on the grid ahead of Ricciardo and Hulkenberg.

McLaren’s Stoffel Vandoorne perpetuated his poor run of form by qualifying last despite his team attempting to give him the benefit of a slipstream from his teammate, Fernando Alonso, who had little difficulty progressing to Q2.

← Who should get McLaren’s second seat?
Hamilton steals Ferrari’s win in Italy →