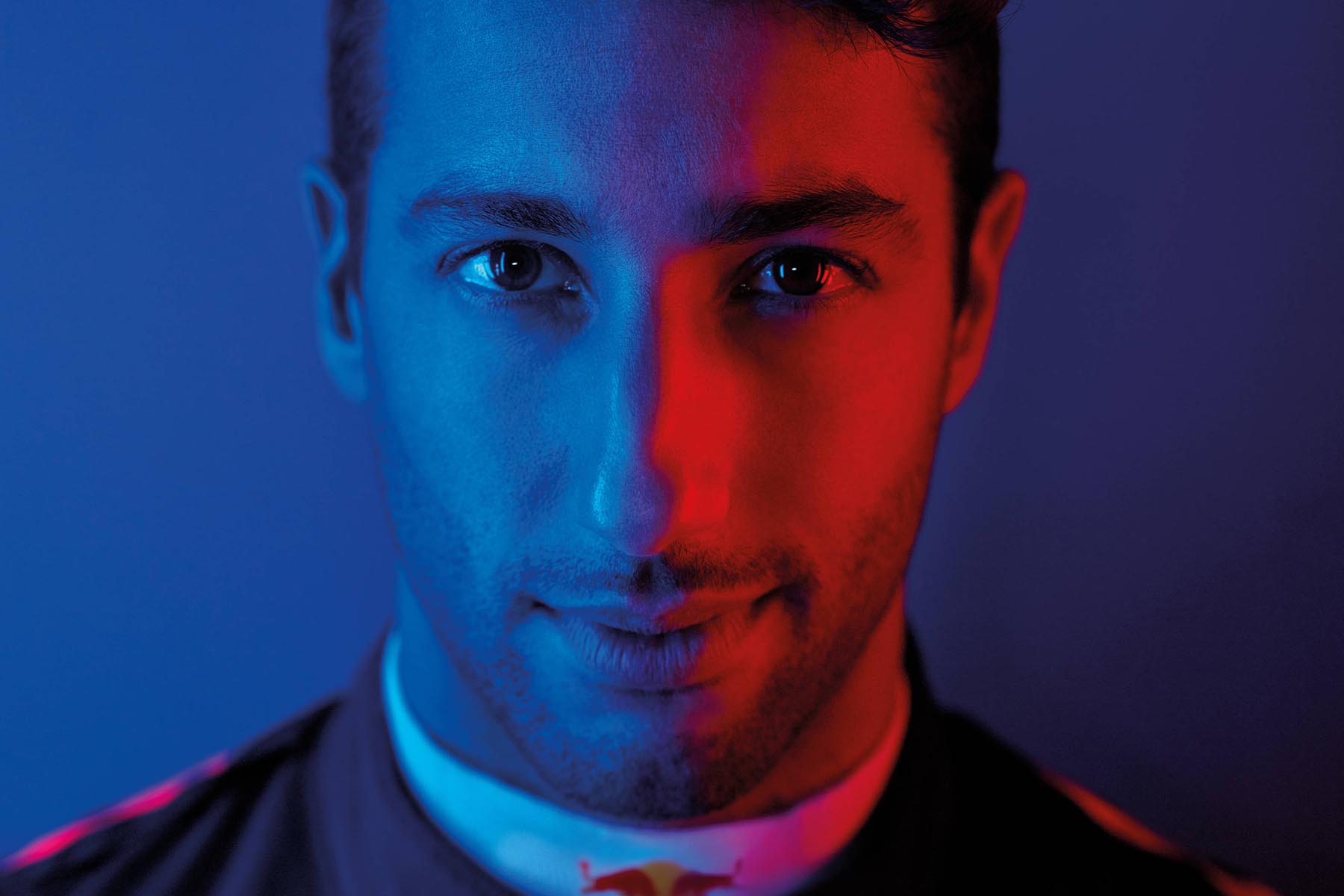 Why Ricciardo had to baulk the Bulls

Daniel Ricciardo had only one thing in mind when he inked a left-field two-year deal to move to Renault: winning the world championship.

Ricciardo is in the prime of his Formula One life, but his career clock is ticking when compared to his championship-winning contemporaries, whose ranks he has long been tipped to join.

All the sport’s active titleholders won their first world championships with seven or fewer seasons under their belt and at 28 years of age or younger – Vettel had won all four of his by 26. By age and by experience 29-year-old Ricciardo, now in his seventh season (and a half) has overshot his mark.

This is of course no fault of his own – Red Bull Racing hasn’t come close to title-winning form since its last constructors championship in 2013. Being in the right place at the right time is half the championship battle in Formula One, and it’s this issue Ricciardo has sought to address in three ways in making what is sure to be the season’s highest-profile driver signing.

TO GET ENGINE SECURITY
Red Bull Racing would be the first to tell you that its lack of title-winning credentials since 2014 are down to Renault’s lagging power units, but the switch to the at least equally underpowered and unreliable Honda engines is as much political as it is about performance.

Relations between Red Bull and Renault have been at rock bottom since 2015, when the energy drinks brand tore up its power supply contract in a huff, but it was forced to begrudgingly return to the French fold when it couldn’t find an alternative supplier.

The championship-winning partnership never recovered, and the team jumped at the opportunity to partner with Honda, first with Toro Rosso in an evaluative season this year followed by a works partnership in 2019.

But though the Japanese marque has made strides since uncoupling from its toxic McLaren partnership last season, it remains the least competitive engine on the grid. Its reliability is likewise unproven, with Toro Rosso easily leading the tally for most power unit components used – for example, Brendon Hartley has required twice as many examples of some engine elements as Daniel Ricciardo.

Renault is by no mean on an assured path to competitiveness, but it represents the least risk of the two options. After all, Renault’s engines have powered cars to race wins in the turbo-hybrid era, whereas Honda is yet to demonstrate similar performance.

TO BE WITH A TRUE WORKS TEAM
Conventional wisdom suggests that only works teams can win championships in eras dominated by engine performance, and since the introduction of the turbo-hybrid formula in 2014 only Mercedes has won titles and only Ferrari has mounted realistic tilts.

Red Bull Racing, for all its aerodynamic nous, is yet to credibly challenge.

True, a de facto works partnership with Honda from next season will go some way to ameliorating this problem, but the relationship will be separated on two sides of the world, from Sakura to Milton Keynes, and dividing engine manufacturer from chassis builder is not just ocean and continent but culture and language.

So dramatic is the cultural divide between the high-performance industries of Japan and Europe that Toro Rosso arranged communication lessons for its staff in Italy to smooth the process, and though this method appears to be working in the relatively low-pressure surrounds of Faenza, can it survive the notoriously demanding Red Bull Racing environment?

Renault, on the other hand, controls both chassis and factory under the one umbrella, and the team’s Enstone headquarters has a long history of working with its Viry-Châtillon engine base, separated by only a few hours by road and the English Channel.

There is no need for communication classes or partnership transition in Renault’s situation – the chassis and power unit arms of the team work seamlessly in tandem to push forward the entire package in one smooth action.

That fluidity is enabling an aggressive rebuild of the team’s capability after years of a lack of resource under the Lotus brand, and Renault has targeted 2020 or 2021 as the years it starts competing for championships again.

Christian Horner has already signalled that 2019 will be a transition year for Red Bull Racing and Honda, bringing its next realistic title window into line with Renault’s outlines.

The question for Daniel Ricciardo is whether he has more faith in a Red Bull Racing-Honda de facto works partnership or the real deal with Renault to deliver an all-round competitive package. His signing with the latter is a blow to the plans of the former.

TO GET AWAY FROM MAX
But even if Red Bull Racing did pull together a title-challenging package with Honda, would Ricciardo have an equal opportunity to claim it with Max Verstappen as his teammate?

Australians have long felt wary about the power dynamics of the Red Bull hierarchy, dating back to Mark Webber and Sebastian Vettel’s fractious tenure as teammates.

Webber, in his book Aussie Grit, detailed how he felt there was additional emotional investment behind Vettel, referencing in particular the way the team struggled to lay any blame at the German’s feet for the pair’s infamous crash in Turkey in 2010.

There were shades of a similar fumbling after Ricciardo and Verstappen’s crash in Azerbaijan, and though responsibility was less clear-cut, the issue of fairness was nonetheless re-engaged.

“I definitely committed early enough and, at the time, with a clear inside,” Ricciardo recounted. “It was due to that inside closing up…”

Most pundits agreed Verstappen had defended too aggressively in the braking zone against his teammate, though the team blamed both equally.

Of course Ricciardo is as much, if not more, a product of the Red Bull Junior Team as Verstappen, but that doesn’t preclude that emotional investment Webber described.

Indeed Horner hinted at as much when Verstappen signed a three-year deal late last season, noting that, “Max … is in the best place in the sport to build a team around him to deliver our shared ambition.”

Ricciardo brushed it off, but even he could see how Verstappen could become the team’s preferred driver.

“If they could make him the youngest ever world champion, [for] Red Bull as a brand, it is huge for them,” he admitted. “From that point of view I completely understand.”

If there’s enough doubt in Ricciardo’s mind, it’s best to get out and find clear air to re-establish himself as a team leader.

There’s no doubt Daniel Ricciardo’s Renault switch is a risky proposition. Renault is a midfield team, and though it has come in leaps and bounds since the French manufacturer took over the ailing Lotus team, making the final step from the top of the midfield to victory contention is the hardest to execute.

What is clear, however, is that Red Bull Racing, for all its chassis-building excellence, can’t compete without a power unit, and if the question is whether to take a risk on a short-term Honda partnership or a long-term Renault commitment, the team with the more established roots is the better bet.

In any case, in the unlikely event Renault were to flounder, Ricciardo’s two-year deal makes him a major player in the next major driver market event at the end of 2020, when at least one seat at each of Mercedes, Ferrari and Red Bull Racing, among others elsewhere, will be up for grabs again.

Moreover, the 2021 season will also be the first of new technical and commercial regulations, which could upend the current competitive order.

The next two years of Daniel Ricciardo’s career could be looked back upon as either a Mercedes-Hamilton-esque masterstroke or an unnecessary and fruitless detour. Finding out which way the cards fall for the always-smiling Australian will be fascinating.