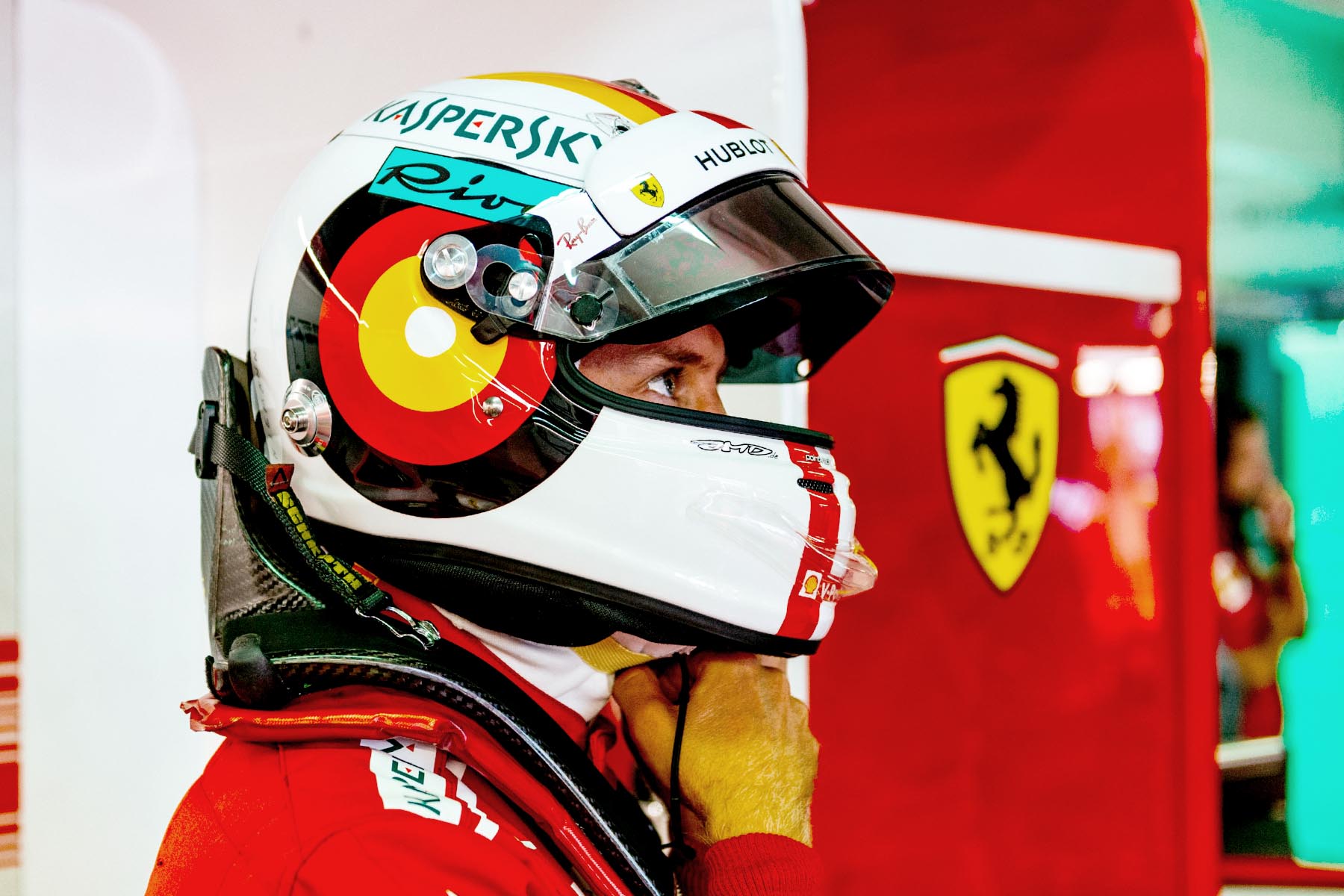 Ferrari and Sebastian Vettel arrived in Germany with both championship leads, with the outright fastest car and riding on a wave of momentum, but a gentle sprinkling of rain was enough to wash it all away.

Off the back of a powerful victory at Silverstone and after cruising through qualifying, the Hockenheimring was shaping up as the scene of a defining moment for the Scuderia’s advances in the 2018 championship hunt. Ferrari, perhaps for the first time in years, was in possession of the unquestionably superior machine.

Even in the power stakes, the domain of Mercedes since 2014, the Scuderia had found an edge, and Silver Arrows boss Toto Wolff conceded his team was losing as much as half a second on the straights, a situation unthinkable even as recently as the start of the month.

Mercedes, on the other hand, seemed likely to only extend its run of uncharacteristically dodgy form. A double technical retirement in Austria — the first time in world championship history all Mercedes cars had stopped in a race with mechanical trouble — preceded a poor start for Lewis Hamilton and an ambitious but ultimately incorrect strategy gamble for Valtteri Bottas in Britain.

Now in qualifying Hamilton was knocked out in 14th with a hydraulics leak and Valtteri Bottas, despite his best efforts, had no answer for Vettel’s pace.

But what looked set to be the moment Ferrari consolidated its position leading the championship soon turned into the nadir of its season to date, and Mercedes was the principal benefactor, taking the chequered flag in a formation Hamilton-Bottas, one-two finish.

It was an unusually weak race from an execution point of view for Ferrari despite the Italian team holding all the cards for victory. Its sole correct pit stop, for example — to pit Kimi Raikkonen early and cover both Hamilton and Bottas simultaneously — was as good as it got, and even in making this move the team failed to anticipate Vettel getting caught behind his slower teammate after making his own tyre change.

Though it wasn’t what cost Vettel victory, the 11 laps the German was bottled behind the sister Ferrari made no strategic sense for the race or the championship, and indeed Sebastian wasted little time telling his engineers that his teammate should be moved aside.

Even if Raikkonen’s contract were to contain some sort of guarantee that he won’t be pushed aside for his teammate before the midseason break, as has been speculated upon, the pair were on different strategies, with Kimi certain to need another stop whereas Vettel’s strategy hinged on keeping his tyres in good condition in the clear air of the lead.

The team eventually gave in to Vettel’s demands, but not before needlessly losing what could have been critical ground to his Mercedes rivals.

However, the most significant error of all obviously belonged to Vettel himself: an embarrassing lock-up in the wet that sent him gently but critically into the barriers in the stadium section, wiping out what at that stage would have been a straightforward victory and thereby squandering possession of the fastest car.

Ferrari’s day contrasted starkly with Mercedes’s approach to the race. Despite initially losing Bottas a place to Raikkonen at the first pit stops, the team expertly managed the strategy of both drivers thereafter and ruthlessly ordered Valtteri to hold station behind Lewis for the final 10 laps to ensure victory for the team and its best shot at the drivers title.

Perhaps with their senses heightened by the team’s stinging run of form and loss of momentum, Mercedes engineers and drivers were reflexive and decisive when their Ferrari counterparts hedged and wasted.

There are still 10 rounds to run in this 21-race season, and Hamilton and Mercedes’s 17-point and eight-point advantages over Vettel and Ferrari in their respective title standings are far from insurmountable, but with each team pushing the other to perform at such high levels, even a solitary mistake can make an enormous difference to the title result.

Indeed, to return to the 2017 season, it was human error rather than technical failure that really decided last year’s drivers championship against Vettel, because while unreliability is usually a blameless act of chance, human error is not.

“To be fighting a four-time world champion who you respect, you expect nothing but the best from them,” Hamilton said last season at the height of the championship fight. “It’s really down to one of you making the smallest mistake.”

The German Grand Prix could prove to be the single chink in Ferrari’s armour that undoes its entire season.