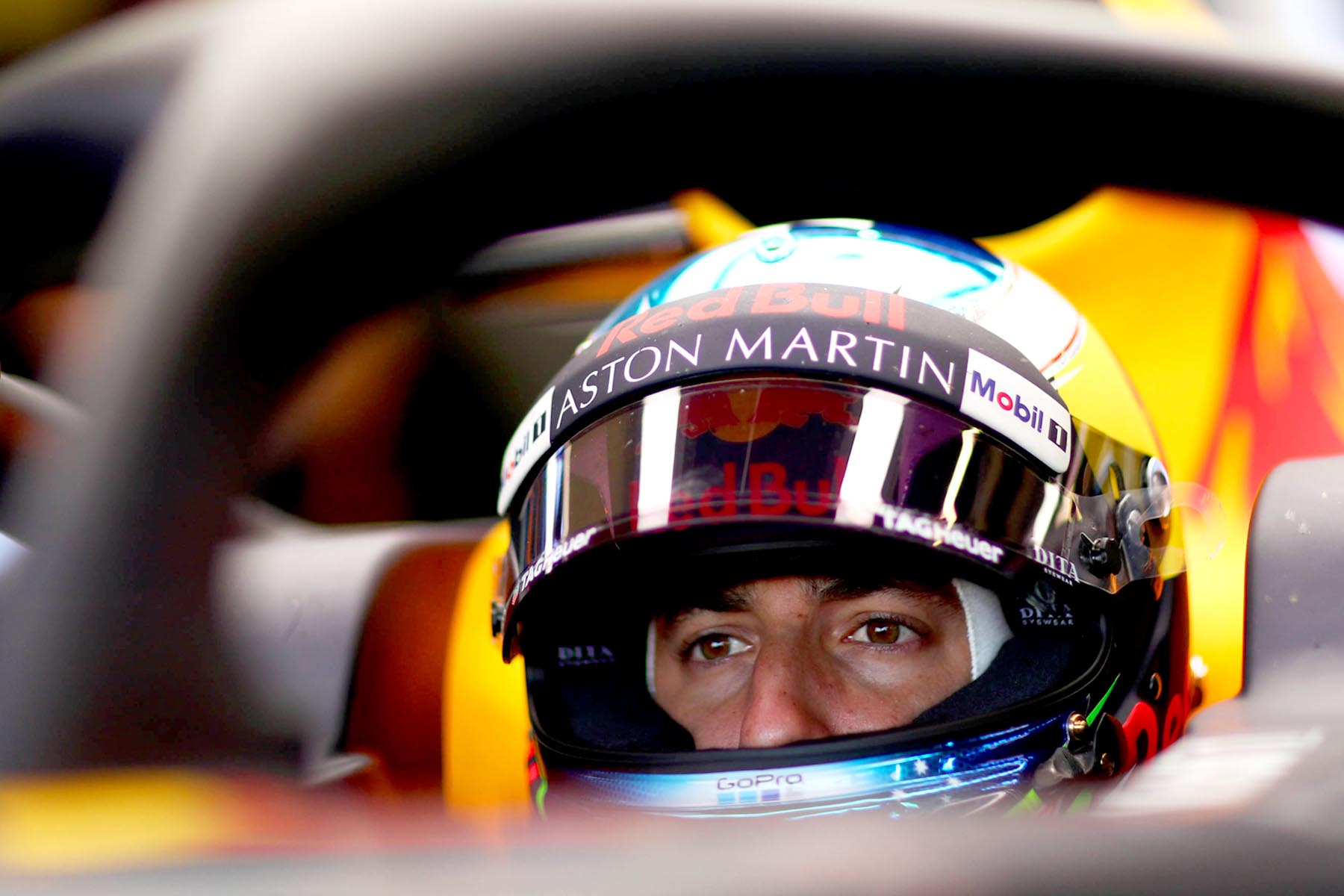 The unusually summery British weather wasn’t enough to mitigate against a difficult day of practice for Red Bull Racing, which ended Friday with Daniel Ricciardo almost 0.9 seconds off the pace and Max Verstappen in the barriers.

Verstappen binned his car on his first flying lap of the afternoon session, damaging the rear-left corner in particular, a repair job too significant to be completed in the 75 remaining minutes of track time.

Ricciardo carried on to complete a 31-lap programme, but the best the Australian could manage was a time 0.856 seconds slower than the benchmark set by Ferrari’s Sebastian Vettel.

Despite a strong history in Great Britain Red Bull Racing was always expecting a difficult weekend at Silverstone thanks to the current generation of high-downforce cars turning some of the track’s faster corners into easy flat-out sections, negating the prowess of the RB14 chassis and handing the advantage to teams with stronger power units.

The clear skies, then, contrasted sharply with the greyer outlook at the Milton Keynes-based team.

“It was warm and was actually nice at Silverstone,” said Ricciardo. “But we are a bit off the pace at the moment.

“It was all right, but we weren’t really quick enough today. It seems for now quite a big step between Ferrari and Mercedes.

“We will do what we can. Hopefully it puts us closer tomorrow. We will try to clean up a few things. That’s about it.”

Red Bull Racing says the kay factor behind its lack of pace is its Renault power unit, its lack of horsepower a long-term bugbear for the four-time constructors championship winner.

“We certainly lose a fair bit [on the straight],” said Ricciardo. “We see on the overlays some corners we are able to gain a little bit of chunk, but we lose a bit of that and more.

“At the moment we seem like we are not on their pace, that is a fact today.”

The Australian said preparing the car for the race rather than for qualifying could be the key to evening terms on Sunday.

“Keeping the tyres in the right condition in these uncharacteristic conditions of Silverstone is key.

“If we can get on top of that, maybe the longer runs, then maybe things will come to us.

“If we are going to qualify for the third row, then we need to understand how to make the tyres go longer, and then we can have a chance on Sunday.”

Ricciardo’s teammate, Max Verstappen, lost a lot of track time thanks to his crash at the 15-minute mark of FP2, compounding the Dutchman’s early exit towards the end of FP1 with what appeared to be a power unit issue.

“At the end of the day it’s not ideal to lose the second session, but the feeling I had before that was quite good,” he said. “I think balance-wise we are not too far off, it’s just we’re losing a lot of lap time on the straight.

“I feel good always around this track. Of course it’s better to drive a lot, but I feel confident.

“Already in FP1 on the harder tyres the pace was good. It seems we’re definitely not fighting for pole. We’ll just ry again tomorrow.”