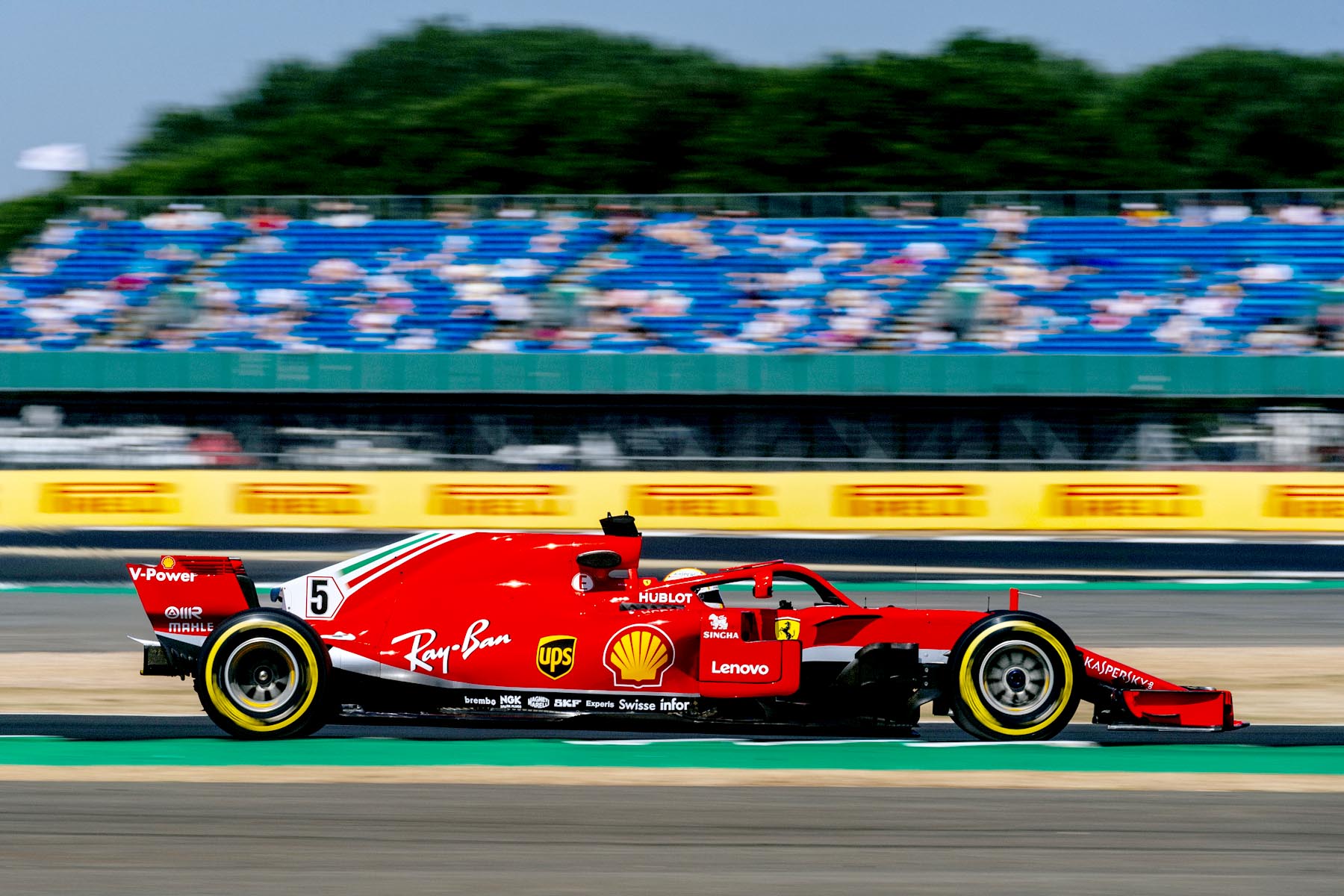 Sebastian Vettel and Kimi Raikkonen are quietly confident their upgraded Ferrari machines will be able to take the fight to Mercedes this weekend to end the German marque’s five-year dominance over the British Grand Prix.

Vettel topped the typically faster afternoon session at Silverstone with a time of one minute 27.552 seconds, but though he improved on the time he set in the morning session, he still ended the day slower than Hamilton, whose FP1 time was 0.065 seconds quicker than the Ferrari driver’s best effort.

However, Ferrari fans can take heart in the fact the Scuderia usually demonstrates reserved pace during Friday practice, and neither Vettel nor Raikkonen suggested the team had run anything other than its normal practice programme.

“I think it was a normal Friday for us,” Raikkonen said. “For sure we have things to improve, but there wasn’t any reason for this not to be the same as any other Friday.

“It was very normal. We’re always trying things on Friday, trying to learn things, so it was not any different.”

One important difference in Ferrari’s Friday schedule, however, was that the team ran an upgraded aerodynamics package, in particular a new floor and engine cover.

The updates come one week after Mercedes brought sweeping revisions to its own car in Austria, and Vettel suggested that they were working as expected.

“Everything we put on the car seemed to work,” he said. “It’s a small step in the right direction, but more important was that the balance was there right away and I felt a good rhythm from the start of the day.

“For a change we had a good Friday today and hopefully we can carry the momentum into tomorrow.”

The Scuderia will hope the updates bring the team back on par with Mercedes, which appeared to take a small step ahead of the pack in the preceding two rounds, but the team knows that history will be against it at Silverstone, where it has taken the top step just twice in the last decade, the last time coming in 2011.

Mercedes has won all bar on of the races since, with the exception being the 2012 event, won by Red Bull Racing’s Daniel Ricciardo.

“We try to kill their magic!” Vettel said. “Historically it has not been a very strong track for us, but today has been a good start and hopefully we can improve tomorrow and kill their magic.

“Obviously that’s what we have tried over the last years and I think here and there we have succeeded quite well.