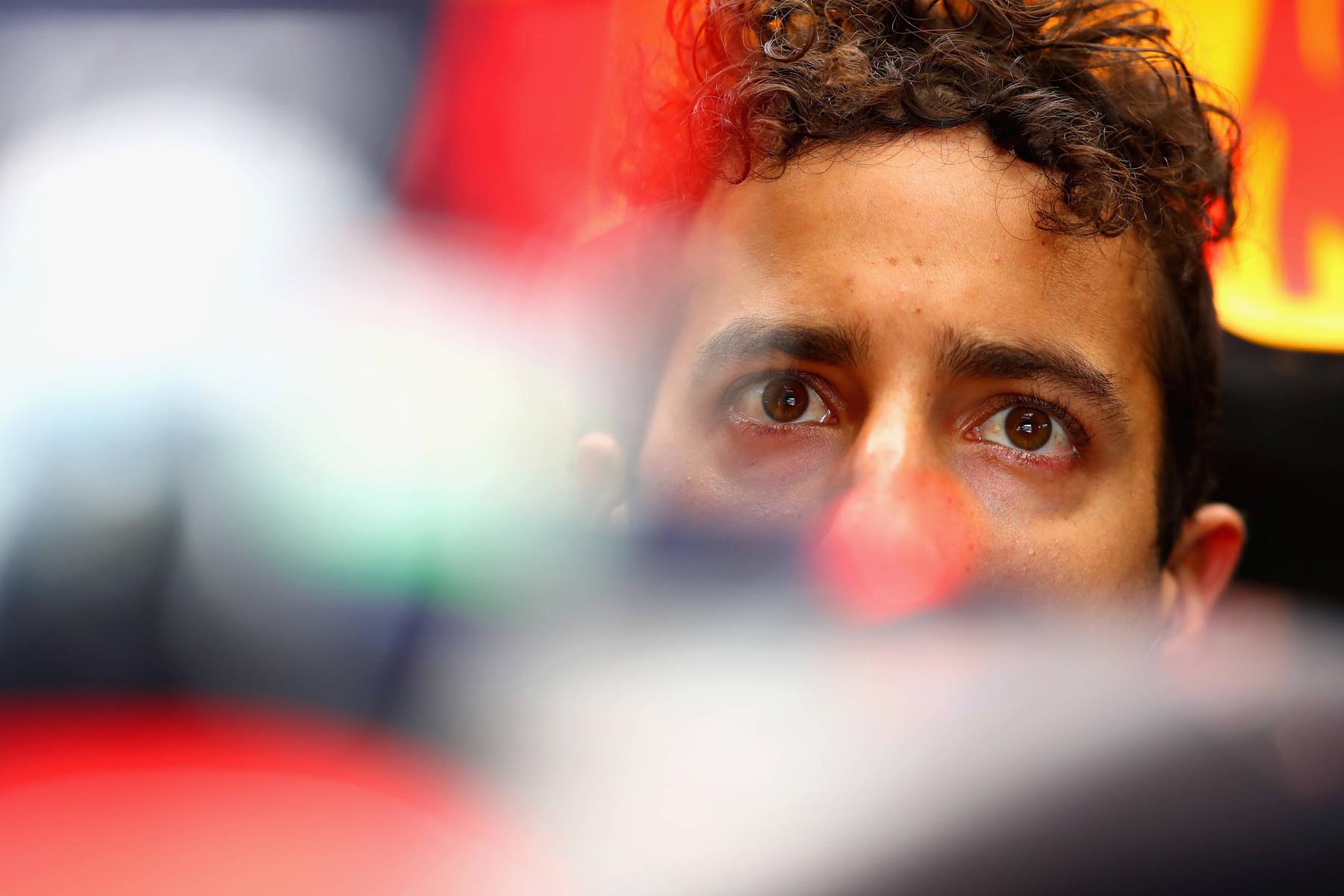 Ricciardo back down from Red Bull qualifying spat

Daniel Ricciardo has rowed back on his criticism of his Red Bull Racing team during qualifying for the Austrian Grand Prix, putting his concerns over favouritism down to frustration and misunderstanding.

Ricciardo qualified seventh at his team’s home race after arguing with the pit wall about the fairness of giving his teammate, Max Verstappen, a valuable slipstream for all three of their Q3 qualifying laps, estimated to be worth around 0.2 seconds per lap.

“There’s no point me running, punching a hole” Ricciardo radioed in a testy exchange with his engineer, Simon Rennie. “Let’s at least go one for one.”

Ricciardo remained obstinate despite Rennie telling him three times to pick up the pace, and Verstappen was ordered to pass the Australian and finish his final lap.

Ricciardo eventually got the message. He qualified seventh, 0.15 seconds behind Verstappen in fifth.

Red Bull Racing alternates week by week which driver leaves pit lane first during qualifying, but the Australian told TV crews after the race that he “wasn’t too impressed” and that “we could’ve been more fair”.

However, having spoken to team principal Christian Horner and engineer Rennie after the session, he told journalists later in the afternoon that he was putting the situation down to a miscommunication in the unusual circumstances of having three qualifying runs due to the shortness of the circuit rather than the usual two.

“I felt disadvantaged for three runs and that was where I was frustrated, because I just thought, ‘One run, let me gain two or three tenths on a straight for free’,” he said.

“In a situation where we do have three runs, I’m thinking, ‘All right, three runs, I’m the first car on track this week out of our garage, that’s luck of the draw, but maybe one of the three I’ll get preference’,

“But that’s just probably me assuming rather than going through it with the team and addressing it. What seemed obvious to me wasn’t that obvious to everyone.

“I think if we’d talked about it, maybe it could’ve been done differently”

Ricciardo added that he understood why Verstappen refused to pass him as he crawled around the circuit in an attempted to lure his teammate to pass him.

“He’s not the only guy on the grid that would do that, and it is kind of each for their own,” he conceded. “I’m aware that they told him to do something and then move on, but I guess in his mind he’s like, ‘Well, I’m second out of the garage this weekend, so why should I?’.

“I’m not defending him, but he’s also got a point.

“At the end of the day in qualifying everyone’s out there for themselves. That’s the truth. Everyone knows that, and actually your teammate’s the first guy you want to beat.”

Asked if he’d have sped up and passed Verstappen were the situation reversed, he replied: “If it had been the other way around, I guess not.”

Verstappen, for his part, refused to be drawn into the controversy.

“I think he explained it quite well,” said the Dutchman. “I think it’s quite clear: last weekend I was ahead and the weekend before he was ahead. That’s how we do it.

The spat comes at the height of 2018’s driver market silly season, of which Ricciardo has been the major focus. Despite rumours of talks with Ferrari and Mercedes, Ricciardo, who turns 29 years old today, is expected to re-sign with Red Bull Racing for two seasons in the coming weeks.