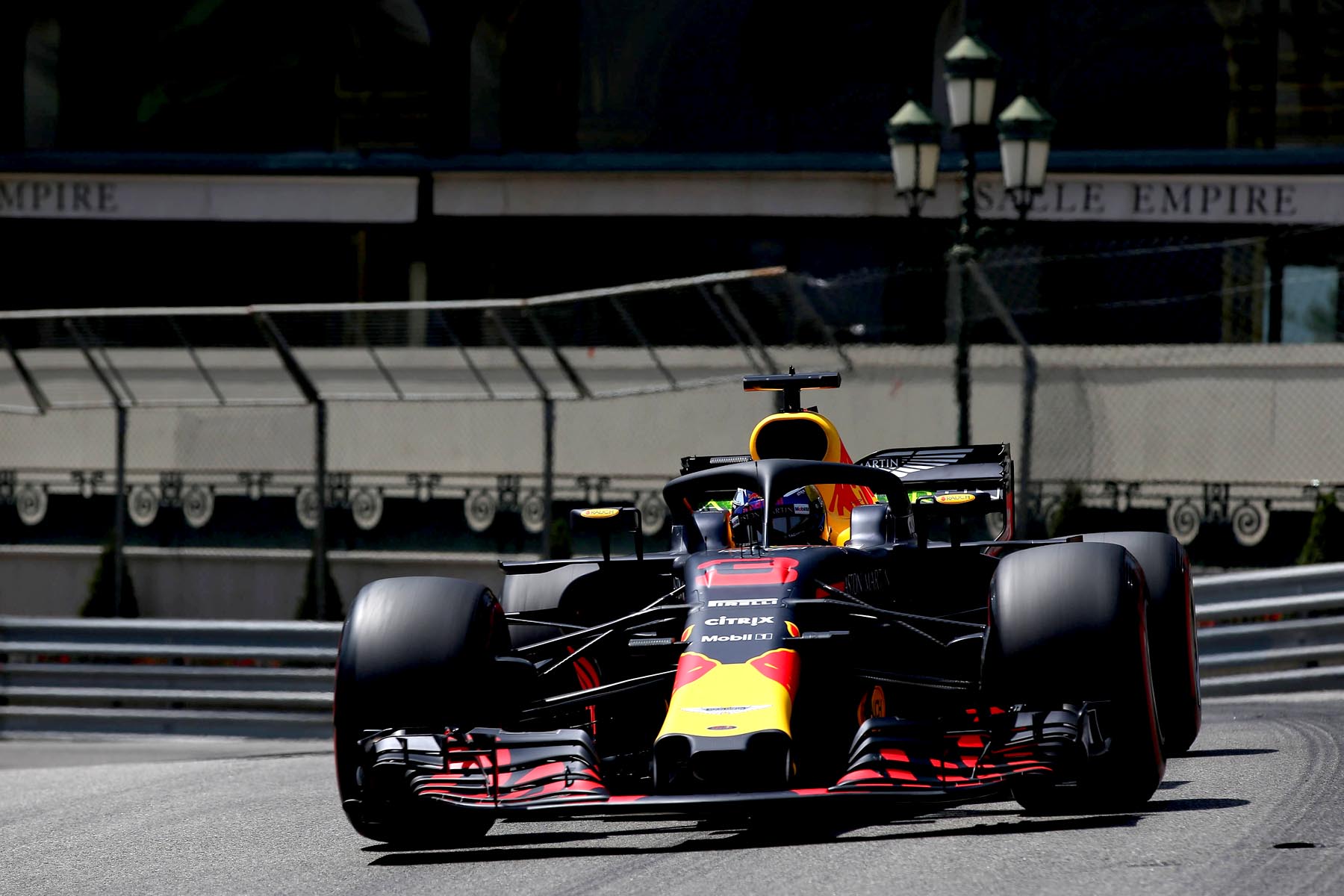 Fire in the belly: Ricciardo rockets to Monaco pole

Daniel Ricciardo has dominated qualifying for the Monaco Grand Prix, setting a new lap record on his way to his second career pole position.

Ricciardo’s pole never looked in doubt, with the Australian taking provisional pole position on the first runs by a mammoth 0.451 seconds over his frontrunning his rivals — Lewis Hamilton, Sebastian Vettel and Kimi Raikkonen, for comparison, were separated by just 0.005 seconds behind him.

The Australian couldn’t improve his time of 1 minute 10.810 seconds on his second lap, but his first benchmark was never going to be reachable, with Vettel managing top close only to within 0.229 seconds.

Ricciardo has clean-swept the weekend up to this point, topping all practice and qualifying sessions, but he remained reserved after taking pole, noting that only victory would do two years after losing the win in Monte Carlo despite starting from P1.

“We set a statement on Thursday and we’ve been quickest every session,” he said. “Just the race tomorrow, then we’ll celebrate.

“There’s still a lot of fire in this belly. I’ve done everything I can so far — let’s finish the job tomorrow.”

Vettel made a substantial improvement on his second lap to snatch a front-row start, leaving Lewis Hamilton behind in third after the Briton struggled to find much improvement late in the session.

“It’s still along race ahead of us tomorrow,” he said, conceding that the afternoon had unfolded as Mercedes had expected. “It’ll be interesting to see how we all go. We’ll just have to be on our toes and react tomorrow.”

Kimi Raikkonen qualified fourth in the second Ferrari with a two-tenths advantage over compatriot Valtteri Bottas in the second Mercedes.

Esteban Ocon was the quickest of the midfield drivers and 1.2 seconds off the pace, besting McLaren’s Fernando Alonso in the process.

Renault’s Carlos Sainz will start from eighth, ahead of Sergio Perez in the second Force India in ninth and Toro Rosso’s Pierre Gasly in 10th.

QUALIFYING TWO
Both Mercedes drivers attempted to set their best times on the ultrasoft compound — the middle-softest tyre of the weekend — as opposed to the grippiest hypersoft, the rationale being that the more durable tyre might offer more strategic flexibility in the race.

Pirelli, however, was sceptical any team would be able to compensate for the one-second difference between the compounds, and after three full laps both Lewis Hamilton and Valtteri Bottas agreed, returning to the pits and switching to the pink-striped hypersoft.

But Mercedes’s strategic considerations were a side-show to the main game, which was a finely balanced battle in the midfield, which was separated by just half a second from seventh down to 15th in the fight to avoid the knockout zone.

Renault’s Nico Hulkenberg and McLaren’s Stoffel Vandoorne both missed out, in P11 and P12 respectively, while their teammates progressed to the top 10.

Sergey Sirotkin finished a valiant qualifying session in 13th in his difficult-to-handle Williams, two-tenths ahead of Sauber’s Charles Leclerc at the Monegasque driver’s home race and Haas’s Romain Grosjean.

QUALIFYING ONE
The race to make it out of Q1 started hours earlier in free practice three, when Max Verstappen crashed his Red Bull Racing car exiting the swimming pool.

The Dutchman broke his front-right suspension on the apex barrier before clobbering into the Armco on the exit, damaging the right-hand side of his car.

The team believed it had enough to time to repair the damage before qualifying, but it discovered a gearbox problem after firing up the engine that put the job completion time beyond the 18-minute Q1 session, effectively eliminating Verstappen on the spot.

The 20-year-old will start the race from the back of the grid with a five-place gearbox change penalty after seeking permission from the stewards to enter the race without a qualifying time.

Verstappen’s absence meant one fewer car on track was at risk of elimination, but it did little to make a material difference to the notorious Monaco qualifying traffic, making getting a clear lap something of a lottery.

The particular risk in such crowded conditions is an ill-timed yellow flag, which cropped up at turn one late in the session with Sauber’ Charles Leclerc took to the escape road at turn one.

It compromised several drivers in the battle to escape the bottom four, in particular Toro Rosso’s Brendon Hartley and Haas’s Kevin Magnussen, who were eliminated in P16 and P19 respectively. Sauber’s Marcus Ericsson and Williams’s Lance Stroll were sandwiched between then in 17th and 18th.