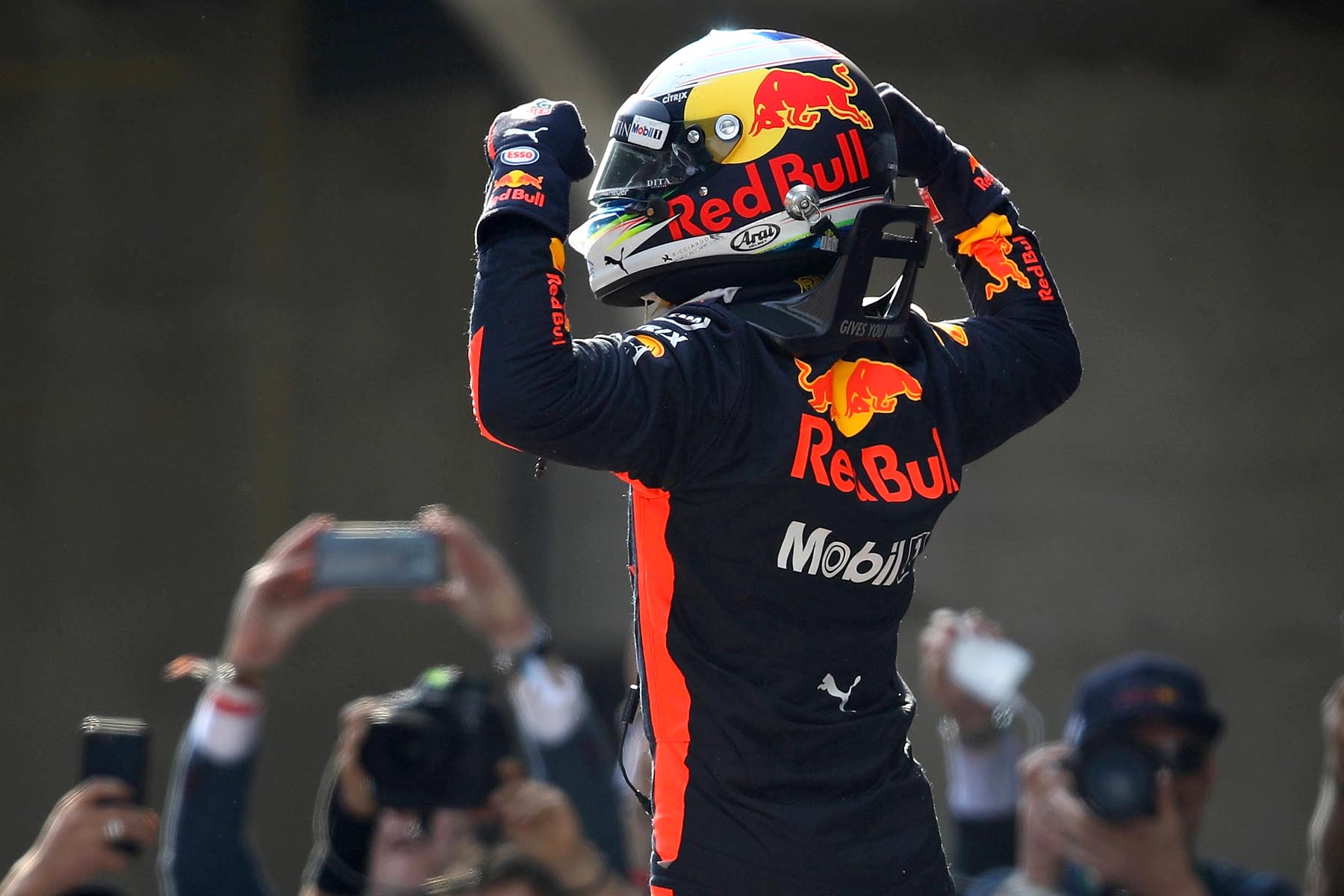 Every season Formula One buys into the promise of an inevitably disappointing driver silly season, but could Daniel Ricciardo deliver on the hype in 2018?

The Australian’s signature is amongst the most coveted not already committed, but choosing the best way forward for what will be the prime of his career is no easy task.

The criterion for his decision is simple.

“I definitely want to be with the best car,” he told Network Ten’s The Project, with the definition of “best car” being a title contender.

But is Red Bull Racing offering that car?

But time to analyse the team’s title credentials for 2018 — never mind 2019 — is running out, with a negotiation deadline reportedly looming within the next two months.

So what choices face the 28-year-old?

OPTION 1: STICK WITH THE STATUS QUO
Staying the course with the team that brought Ricciardo to Formula One ensures the sort of continuity that can count for a lot in performance terms.

But concerning is what’s in the back of Red Bull Racing’s chassis: the Renault power unit has failed to instil competitive confidence since the dawn of the hybrid turbo era in 2014.

The team’s only alternative is Honda, and though the Japanese company is much improved this season, it remains stubbornly behind all three rivals in the power stakes, giving Ricciardo no real comfort that the team could compete for titles in 2019 if it proves incapable this season.

Max Verstappen presents further risk, with the once-in-a-generation talent told by RBR boss Christian Horner he can “build a team around him” when he signed a three-year deal last year.

If Ricciardo feels he’d be offered unequal terms in a new deal, whether stated or implied, an exit would be the only option.

OPTION 2: MOVE TO MARANELLO
Ricciardo was first linked to Ferrari when he was out of contract in 2015, but whispers were renewed in Bahrain with rumours of a pre-contract with the Italian team.

Kimi Raikkonen is out of contract at the end of the season, but with Ferrari protégé Charles Leclerc likely for a 2020 Scuderia switch, a one-year deal might be all Ricciardo would have to establish himself in Italy.

The Australian would back himself to beat Vettel in a straight fight, just as he did when they were 2014 teammates, but is he prepared to hold his own in Ferrari’s infamously cut-throat political world in a do-or-die year to oust the incumbent number one?

Christian Horner alluded to the pitfalls in the Ferrari route when asked about ongoing negotiations with the Australian.

“If you look at Kimi’s race, I didn’t understand that strategy,” he said, referring to Ferrari sacrificing Raikkonen to benefit Vettel in the Chinese Grand Prix. “I think Daniel’s happy in the environment. If we can give him a car like we did today, why would he want to be anywhere else?”.

OPTION 3: SWITCH FOR A SILVER ARROW
Valtteri Bottas was the stronger Mercedes driver in China, but this tends to be the case only when Lewis Hamilton is struggling — in other words, rarely.

The Finn’s 2017 points haul helped Mercedes to the constructors standings, but he was unable to beat Sebastian Vettel to second in the standings.

Out of contract at the end of the season, does Bottas meet Mercedes’s ‘the best or nothing’ credo?

A Hamilton-Ricciardo pairing would be the strongest on the grid. It would assure Mercedes some security in the event of the oft-rumoured Hamilton walk-out for a non-sporting career.

But would Mercedes commit to a big-money deal when it’s already invested heavily in Esteban Ocon’s career? The Frenchman has been getting only stronger at Force India, and it would be tempting for Mercedes to grant him the next step in his career.

OPTION 4: THE RENAULT WILD CARD
A switch to Renault can’t be completely discounted, with the French manufacturer striding ever forward towards the front of the field, even if the gap to the frontrunners remains stubbornly large.

But if Red Bull Racing commits to Honda next year — Renault has set the team a May deadline to decide which engines it will use — making a straight switch with Red Bull-contracted Carlos Sainz for the only other works-team seat on the grid makes some level of sense as a long-term project.

OTHER PERMUTATIONS
One final variable is a Diario Gol report suggesting Fernando Alonso will leave McLaren at the end of the season.

Notwithstanding it’s not unusual for the Spanish press to play an active role in Alonso’s contract negotiations, such a move could prove a major disrupter in the market if Alonso were to find a seat elsewhere and if McLaren opted against the rapid promotion of young driver Lando Norris to fill the vacancy.

The choice won’t be easy for Australia’s sole F1 driver, but one gets the impression Ricciardo is embracing the opportunity to forge his own path in Formula One for the first time in his career.

“You look at Lewis and when he did his Mercedes deal, he was the same age if I remember correctly,” he told Inside Sport magazine earlier this year. “He was already doing very well where he was, but his career has really taken off since then, hasn’t it?”

Just something to consider.