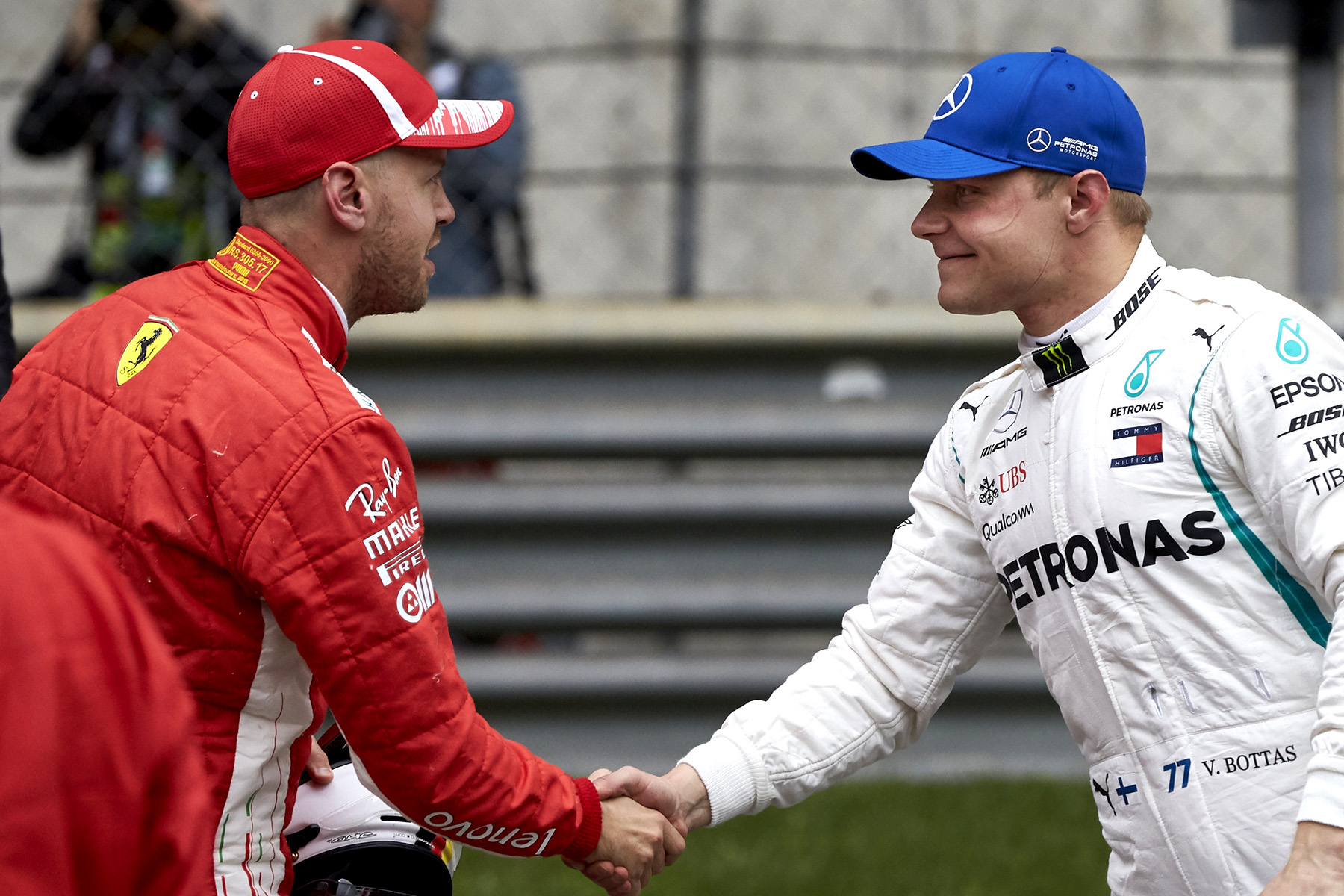 The top teams and the midfield will be pit against each other in what should prove a fascinating strategic battle for points and possibly victory in Sunday’s Chinese Grand Prix.

Ferrari’s Sebastian Vettel and Kimi Raikkonen and Mercedes’s Valtteri Bottas and Lewis Hamilton in P1 to P4 are the only top-10 qualifiers who will start the race with the soft compound, which is theoretically the most flexible tyre from a race strategy point of view, offering a good mix of durability and performance.

The rest of the top 10, including Red Bull Racing’s Max Verstappen and Daniel Ricciardo in fifth and sixth, will be forced to start on the ultrasoft tyres they used to set their fastest times in Q2.

Red Bull Racing demonstrated impressive race pace during Friday practice, and both drivers believe they should at least rival Mercedes in race trim, but both will also be pushed towards a two-stop race thanks to their more delicate starting compounds, whereas Mercedes and Ferrari will likely push each other towards a simple one-stop soft-medium strategy to hold track position.

The same battle will play out further down the order, with only one car each from Force India and Haas qualifying in the top 10. Sergio Perez and Romain Grosjean will start from eighth and 10th respectively on the ultrasoft tyre, but their respective teammates, Esteban Ocon and Kevin Magnussen in 12th and 11, have free choice for their starting compound.

Magnussen said he was perfectly happy to miss out on the top 10 given the advantages of starting P11.

“I did miss out on Q3, but I’m not sure I’m unlucky,” Kevin Magnussen said. “I think it’s probably not a bad position.

“Because the ultrasoft that we have here and the struggle you might have if you start on it. I actually feel a little bit lucky, to be honest.”

“The best strategy is to do the soft-medium, and you’ve seen the top teams have qualified on softs, so they want to do soft-medium,” he said.

The Force India drivers, however, were split on their readings of their fortunes.

“It’s not ideal, but I would rather take the position than the tyre,” Perez said. “For the people around us, I don’t expect it to be a massive difference, because thinking strategically, they cannot go as long as they want.

“The ultras might stop earlier, but the soft runners can’t go too late as they risk the undercut. It’ll be a very interesting race tomorrow.”

“The positive of [qualifying P12] is I will have new tyres to start the race and free choice of compound,” he contended. “With higher track temperatures tomorrow, it’ll be a big advantage I reckon.”

But adding a further twist to the permutations is Pirelli’s race strategy guide, which turned pre-qualifying expectations on their head.

Using tyre degradation data gathered during the weekend, the sport’s control tyre manufacturer has recommended a one-stop ultrasoft-medium strategy as the fastest route to the chequered flag.

If Pirelli’s calculations are accurate, Red Bull Racing may find itself in the box seat, with Pirelli’s three fastest strategies relying on the ultrasoft, and with warmer weather on Sunday predicted to benefit the longevity of the purple-striped tyre, the battle for victory in Shanghai could be anyone’s game.