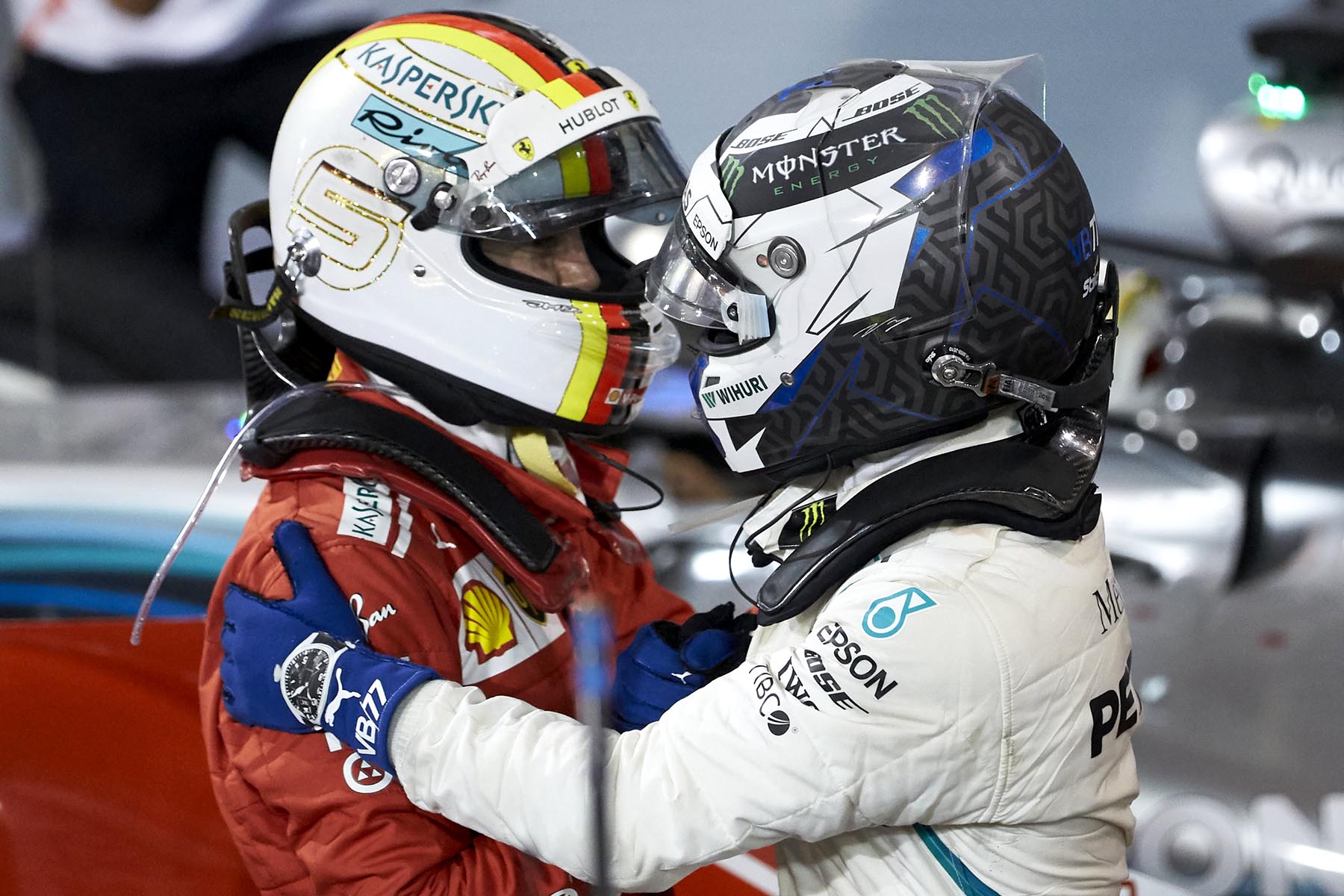 Why Bottas has marked himself as the Mercedes number two

Sebastian Vettel and Ferrari will attempt to take three wins from the first three races this weekend in Shanghai, but no-one is pretending the first two victories were earnt on pure pace alone.

The Australian Grand Prix has been thoroughly dissected and the timing of the mid-race safety car and an error in the strategy computer have been identified as the cause of Mercedes’s loss.

The Bahrain Grand Prix is another that got away from the German marque. Not only did the Silver Arrows choose the superior one-stop tyre strategy, exploiting the car’s ease on the medium-compound tyre, but Ferrari was forced to leave Sebastian Vettel out on worn soft tyres well past their use-by date.

The win, quite simply, was begging to be taken.

But the results show Sebastian Vettel took home the 25 points, in no small part thanks to his nous behind the wheel.

Nursing tyres with a 30-lap shelf life for 39 laps is no easy task, but the German put in a career-best drive to claim the second successive race for the Scuderia.

However, notwithstanding those defensive heroics, there is another view to the closing stages of the race.

Valtteri Bottas had the more ambitious of the Mercedes one-stop strategies — he stopped on lap 20, which would have allowed him to switch to a two-stop race if necessary — but his pace on the mediums 37 laps later was virtually undiminished relative to Vettel.

Indeed Mercedes’s superiority on the medium tyre is a talking point in itself. At Sakhir its fastest lap on the white-striped compound was 1 minute 33.740 seconds, which was faster than Vettel’s best time on the quicker soft compound.

Further, the Mercedes car at this stage of the season appears to be the faster machine, certainly on race pace and especially on the harder range of compounds.

In all aspects the Mercedes pace advantage over Ferrari by the last lap of the race was immense, and it seemed only a matter of time until Vettel would lose the lead.

The chase culminated at turn one on lap 57. The gap was less than a second. Bottas had DRS. He slipstreamed right up to the back of the Ferrari’s gearbox. The tension mounted.

But then he squibbed it.

A look down the inside — not a move; just a look — was all the Finn could muster, and in doing so he put himself off line and out of contention for the rest of the lap and therefore the race.

It isn’t so much that Bottas couldn’t win the race; rather, it’s that equipped with a faster machine and with a shot at victory on the last lap after a disappointing weekend in Australia he chose not to really try.

No doubt going through his head was that it wasn’t worth damaging his car in a crash and losing a podium finish — or, worse, retirement — when he would be guaranteed 18 points if he just brought the car home.

What this line of thinking neglects to consider, however, is that a crash in those circumstances was always unlikely.

Defensive though Vettel was, the German, knowing he was at an immense disadvantage, would’ve been watching his mirrors at the end of the straight, understanding an attack was most likely there.

A Bottas dive down the inside would therefore have resulted in one of two outcomes: either he would’ve snatched first place from Vettel, or he would’ve gone wide into the fast run-off area and allowed Vettel to cut back under him to resume the lead, leaving him second.

The sort of dive-bomb well practised by Daniel Ricciardo, for example, is what was required — indeed Ricciardo’s last-gasp attempt at a podium place at the 2016 Spanish Grand Prix springs to mind — and that is exactly the point: where you’d back Ricciardo, Fernando Alonso, Lewis Hamilton, Sebastian Vettel and others to have made a move, Bottas seems to lack overtaking ambition.

Indeed the Australian said as much ahead of the Chinese Grand Prix.

Bottas might be a solid manager of the car, but he seems to lack the killer instinct of his peers, and by definition this ranks Bottas as a number two. There are days he can extract more pace from the sometimes difficult Mercedes car than Lewis Hamilton, but you’d only back one of the two to seal the deal.