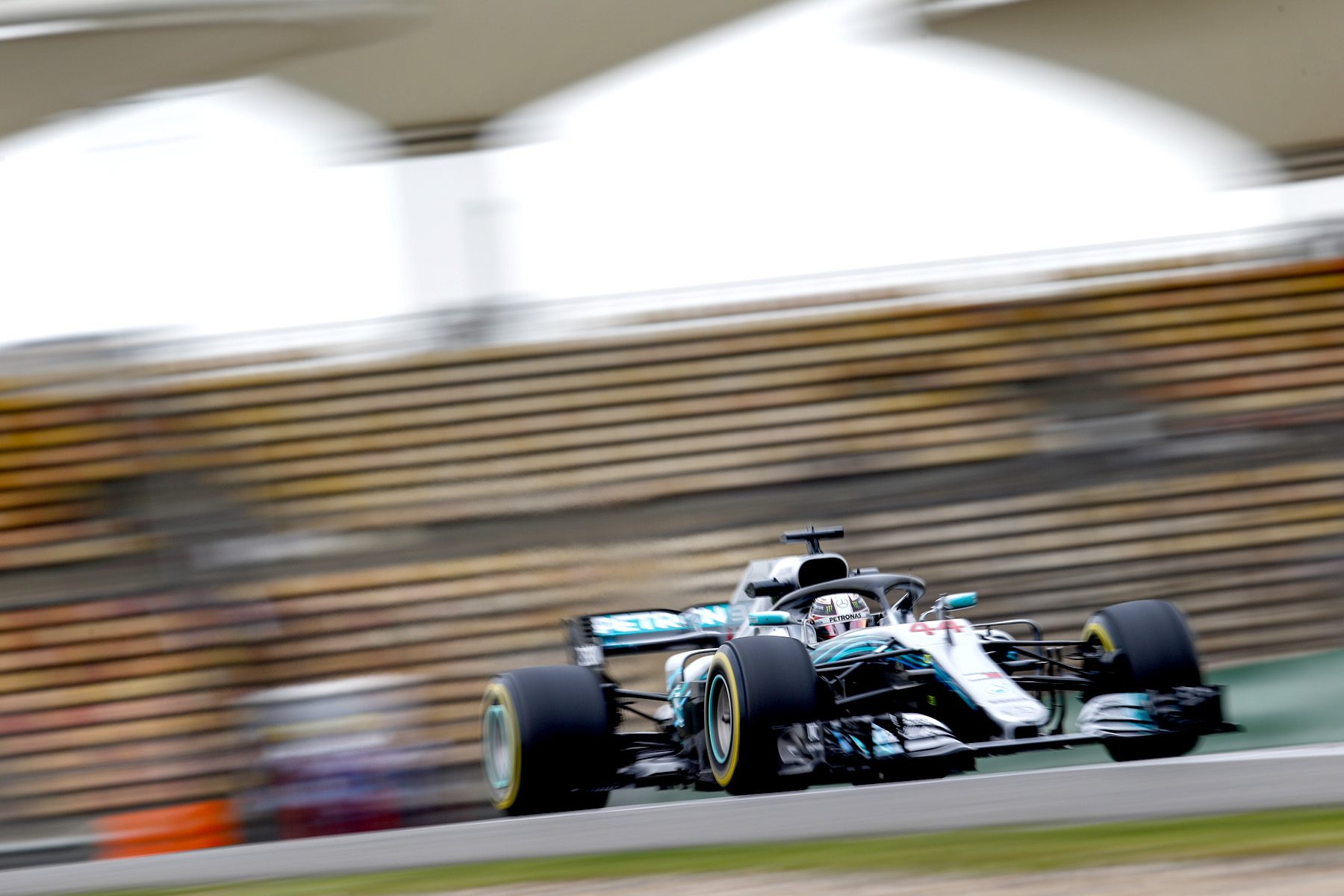 Lewis Hamilton has bettered Kimi Raikkonen by the slimmest of margins during Friday free practice for the Chinese Grand Prix.

The Briton kicked off the qualifying simulation runs 30 minutes into the 90-minute session and set a time of 1 minute 34.179 seconds, and though his Mercedes teammate, Valtteri Bottas, got within 0.033 seconds, Ferrari’s Kimi Raikkonen sliced the advantage down even further to just 0.007 seconds.

Sebastian Vettel set the fourth-best time, a touch slower than a tenth of a second off the pace, while Max Verstappen, the fastest Red Bull Racing driver, was 0.341 seconds behind the headline time.

Hamilton, however, made some key errors on his fastest lap, spinning his rear tyres into oversteer at turns 12 and at the hairpin at turn 14.

He lost a tenth of a second to Raikkonen and two-tenths of a second to Bottas in the final sector, which comprises both corners, suggesting he had more pace in hand.

The qualifying simulation session was an opportunity to gather important data on the purple-striped ultrasoft tyre, which has never been used in Shanghai, and the results suggest it will be of little use in the race.

Hamilton said over team radio that it was good for only one qualifying lap before the best of the rubber had been used, and no driver managed to get much more than 10 laps in race simulation mode without complaining of severe degradation.

However, because Pirelli has brought the medium, soft and ultrasoft compounds — it has skipped the supersoft tyre, leaving two steps of difference between the soft and ultrasoft tyres — teams will have to choose either to use the fastest tyre in qualifying and pay for it in the race or to use the slower soft tyre to qualify but benefit from a superior race strategy on Sunday.

With the midfield finely balanced, the softer tyre could be the difference between making it through to the top-10 shootout or starting as low as 15th, making it a particularly difficult decision to grapple with ahead of Saturday afternoon.

Though Pirelli’s softer tyres will be better suited to the chilly Shanghai conditions — the track temperature hovered at around only 20 degrees all day — Mercedes has shown impressive pace on the harder tyres, which may come into their own over a race stint.

Hamilton and Bottas, for example, set foreboding times in the first free practice sessions, recording the fastest and third-fastest times respectively on the soft-compound tyre whereas the second-placed Raikkonen and the rest of the frontrunners all used the ultrasoft tyre.

Further down the order, Renault and Haas were also closely matched, with the former’s Nico Hulkenberg and Carlos Sainz sandwiching the latter’s Kevin Magnussen in places six to eight, albeit in part thanks to an unrepresentative fast lap set by Daniel Ricciardo, who was ninth-quickest of the session.

Fernando Alonso showed reasonable pace for McLaren in 10th, but the team suffered a mixed day, having sent Stoffel Vandoorne to the track with a loose wheel, causing him to stop by the side of the road and prematurely end his session.

It was the latest in a growing line of pit stop errors in Formula One, including a nasty Ferrari error in the Bahrain Grand Prix that left a mechanic with a broken leg, and the FIA formally summoned the team to explain what went wrong.