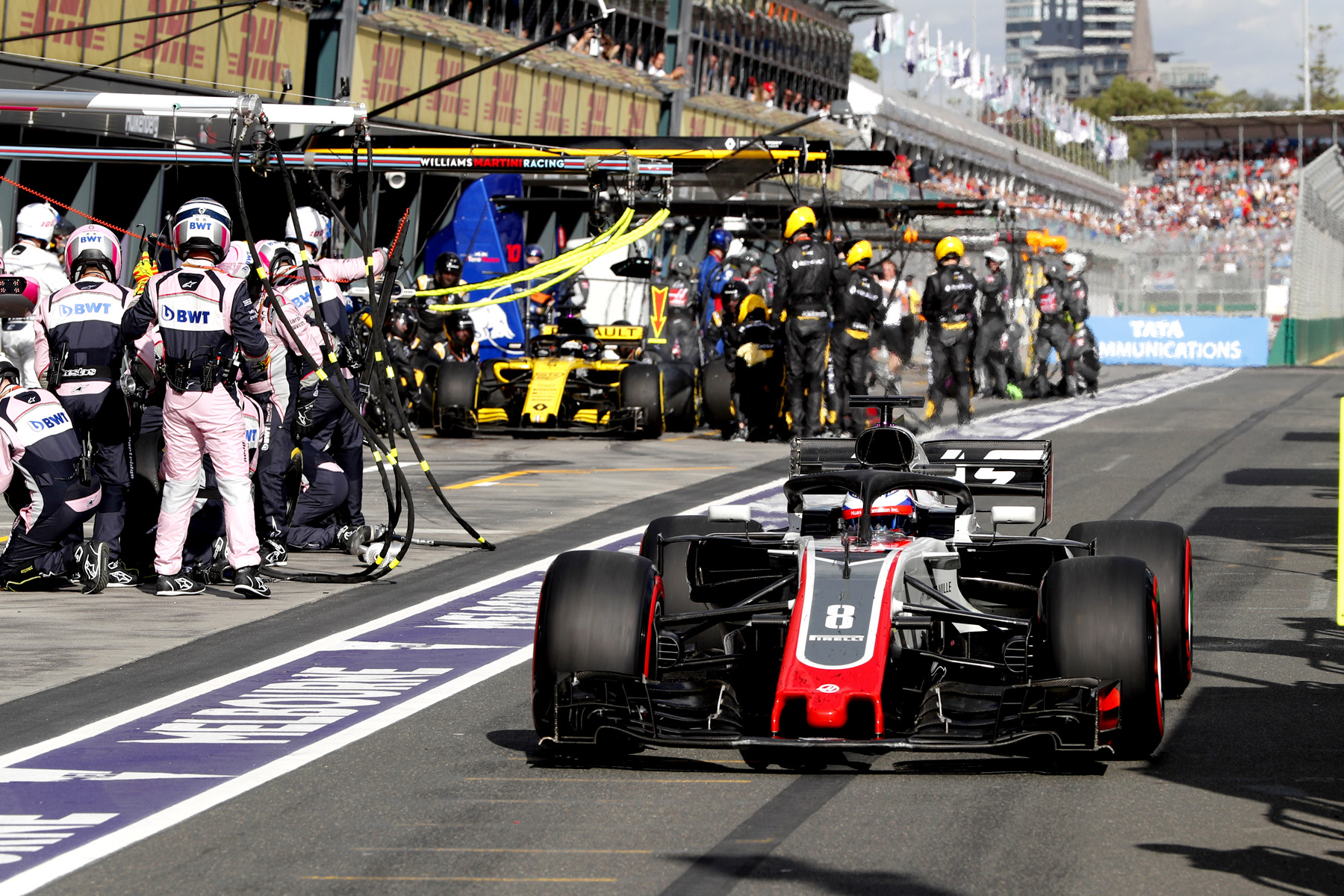 Haas team principal Gunther Steiner has admitted a lack of practice led to two crucial pit stop errors that took both Romain Grosjean and Kevin Magnussen out of the race.

Magnussen was fourth and Grosjean fifth when they made their stops on laps 22 and 24 respectively, but the dream of scoring big points was dashed when both slowed to a stop on their out-laps.

The culprit? Cross-threaded wheel nuts borne of a lack of practice time this weekend.

“I would say this weekend we didn’t do enough, because we were so busy in getting the cars prepared for the first race,” Haas principal Gunther Steiner said.

“We just didn’t have enough time in the day to practice enough, and that is how we ended up in the situation.

“It was just [really bad luck]. As I said, we didn’t do enough practice. We think we could’ve avoided it if we do more practice, but we didn’t have a chance to do it.

Haas mechanics were distraught after the race having made two similar errors in quick succession, but Steiner said it would be wrong to blame any individual team member.

“We have four guys. I’ll speak with them. I think it’s a team issue, not a personal issue.

“It’s just like saying, ‘Hey guys, don’t lose your confidence, we just need to train more and do it better’.

“If you go back to history, they maybe changed the wheels a thousand times in practice and never messed it up, and then they do it wrong here.

“Everyone’s devastated — I’m not happy — but, again, it’s a fault of the team, not of an individual guy who actually puts the wheel on or who tightens the wheel nut.”

Kevin Magnussen, who had seen of a feisty Max Verstappen and had been the better performing Haas driver before he made his fateful stop, said it was difficult to see a significant points haul go begging for the three-year-old team.

“A very tough one to swallow for the whole team, with both cars not finishing and [having been] in such good positions, said the Dane.

“It’s just so heartbreaking to finish like that, [but] we’ll get on top again and we’ll fight back and do it all again.”

The positive news in a difficult weekend, however, was that Haas showed strong pace regardless of the pit stop errors, and Steiner said that this will help the team to bounce back at the next race in Bahrain.

“You can go out with your head up,” he said. “The car is quick. You go to Bahrain and just keep on kicking.