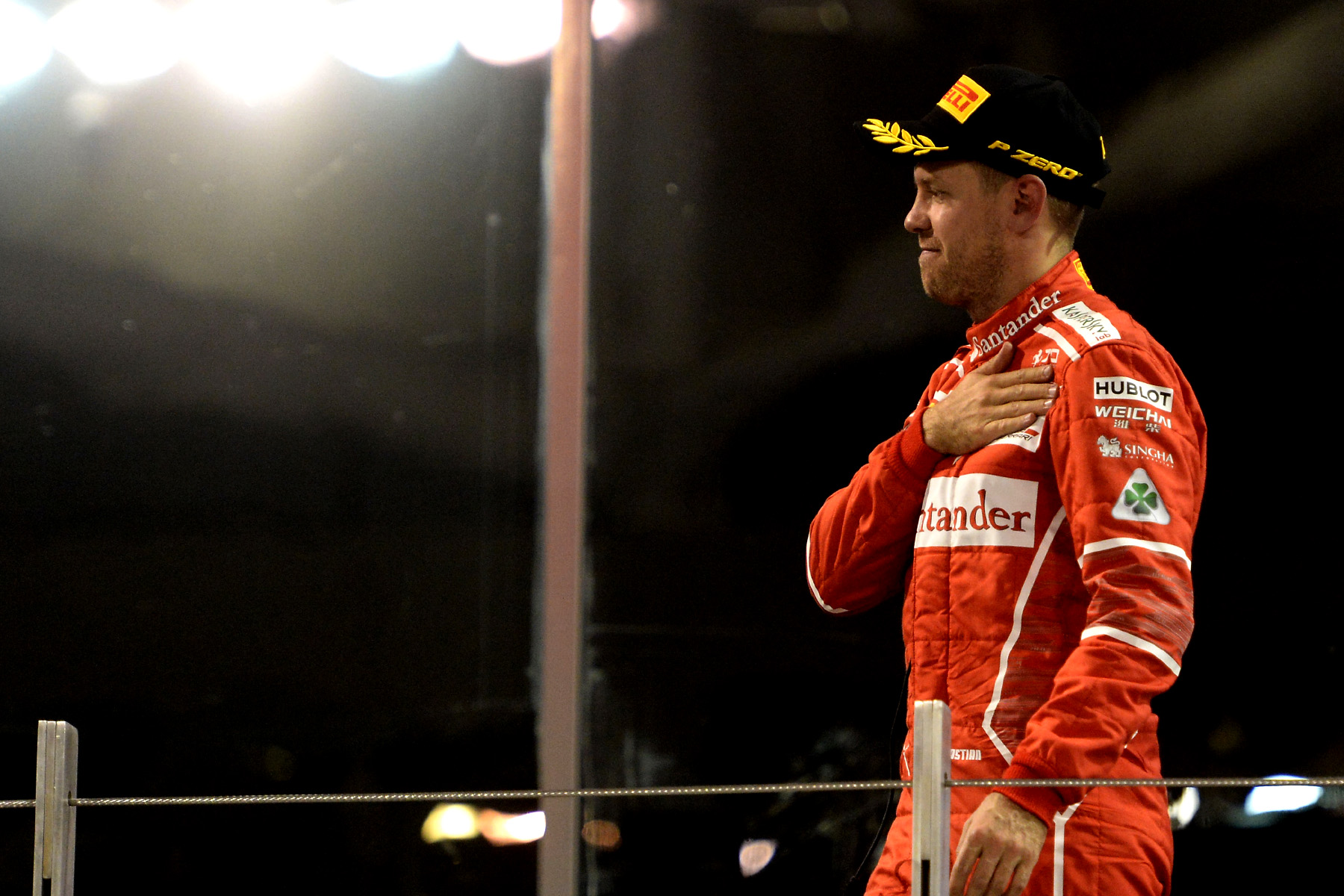 Class of the field: how the drivers fared in 2017

Barring a handful of catastrophic races for Ferrari, the 2017 Formula One season could have delivered the nail-biting season finale between Lewis Hamilton and Sebastian Vettel the opening half of the year so eagerly promised.

But while the title fight fizzled in Hamilton’s favour, the rest of the drivers were busy staking their claims for progression, though not all of them were successful.

VETTEL COMES OFF SECOND BEST
At the beginning of the year I wondered whether 2017 might end F1’s great sliding doors rivalry. Lewis Hamilton and Sebastian Vettel had never vied directly for the same title in their nine years racing together, but 2017 finally delivered both equal machinery and compliant teammates.

The result was fierce, and both drivers revelled in the opportunity to fight not just another great of their generation but to do so with the might of an entire team behind them.

Hamilton had the marginally quicker car at his disposal, but Vettel was able to access more performance more often. After 12 rounds just seven points separated the pair.

But Vettel’s title challenge unravelled with a retirement in Singapore thanks to an overzealous defence of pole despite starting four places ahead of Hamilton. Hamilton stole a 28-point lead and claimed his fourth championship four rounds later.

Though mechanical reliability played a part for Vettel, psychological fortitude decided this duel. Despite being infamous for being held hostage by his emotions, Hamilton refused to crack under pressure in 2017.

Vettel, whether behind the safety car in Azerbaijan or from pole in Singapore, too often lost the composure required to seal the deal.

A TALE OF TWO FINNS
Reigning 2016 champion Nico Rosberg’s Mercedes departure meant 2017 was always going to be about his replacement. Valtteri Bottas took the plunge knowing the results could range from rising his stocks considerably to killing his career.

The result was somewhere in the middle. His early season form in a difficult car excelled even beyond Hamilton’s abilities, but his off days were low and his post-midseason break form slump were bleak days indeed.

He finished 58 points behind Hamilton, who was in the best form of his career, and 12 points behind Vettel, a respectable enough result for a first season in a high-pressure environment.

But Bottas’s performances were flawless compared to his once great compatriot Kimi Räikkönen. Kimi was an embarrassing 100 points behind Valtteri and would have finished behind Red Bull Racing’s Daniel Ricciardo had the Australian’s car not failed in the final round.

Barring Bottas’s brief entry into title contention before the midseason break, both Finns, explicitly or implicitly, were tasked with bringing home the constructors title and supporting their senior teammates. Only one of the Finns succeeded.

A NEW RIVALRY EMERGES
Sergio Perez, now in his seventh season, and Esteban Ocon, a rookie except for his half-season with Manor last year, battled amongst themselves as though the title were at stake, much to the chagrin of team management, who watched helplessly as the pair hit each other on track.

Perez and Ocon are teammates a two very different career stages. The former is frustrated by the lack of opportunities for him to move to a race-winning team. The latter, already backed by a race-winning outfit, is eager to impress his Mercedes bosses.

It’s a formidable line-up, but Force India was caught off guard when it turned toxic. The team lost what could have been its first win when the pair collided in Azerbaijan, and a crash at the Belgian Grand Prix was bad enough — though it could have been so much worse — to force the team to order its drivers not to race each other for the rest of the season.

The rivalry has since cooled, but with both retained at the team in 2018 and with more action likely in its band of performance, expect more fireworks between them next season.

TORO ROSSO’S DRIVER MERRY-GO-ROUND
The Red Bull Junior Team is notorious for its ruthless decisions, but its shaking up of Toro Rosso’s driver line-up this season was a step up on its usual bombast.

While few begrudge Gasly and Hartley their seats, that the team had to make three changes in as many weekends speaks to the once purposeful programme’s lack of direction — indeed Hartley’s return to F1 is not as a rookie but as a two-time WEC champion.

But at very least Toro Rosso has delivered an interesting line-up. Gasly is undeniably talented, shifting almost seamlessly from GP2 to Japan’s Super Formula this year, and Hartley has grown exponentially since being dropped from the programme.

Both have impressed in their sudden late-season debuts, and their 2018 progress will be fascinating.

HONOURABLE MENTION
Antonio Giovinazzi’s two-round career to date may have ended in the barriers in treacherous Chinese conditions, but his impressive P16 qualification in Melbourne, where he qualified just 0.2 seconds behind his far more experienced teammate, Marcus Ericsson, and his P12 finish remain indicators of his potential.

Sauber has tragically overlooked him this year despite Ferrari pressuring it to take him over Ericsson, but the Scuderia is keeping the faith with the Italian for a 2019 full-time debut.

DARING TO DREAM…
Robert Kubica’s return to F1 after his horror rally crash in 2011 burst from seemingly spurious rumour into a genuine possibility this season. Renault overlooked the Pole amid its politicking with Red Bull over engine deals, but Williams is now sizing him up as Felipe Massa’s replacement.

Nothing is for certain, but Kubica’s steps to recovery in 2017, should they lead to a full-time return, would prove the year’s most remarkable story by far.