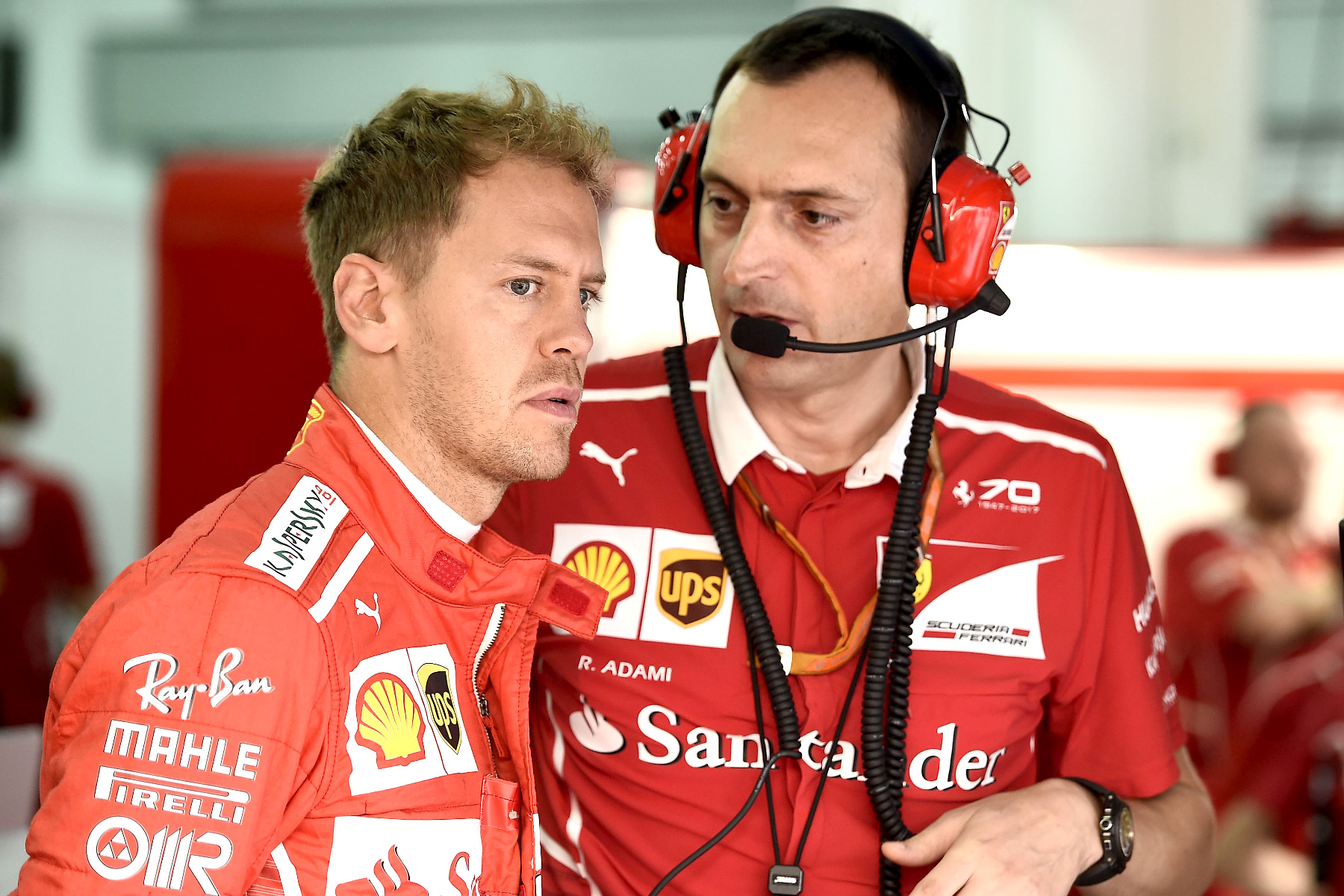 This is motor racing — Vettel remains upbeat despite title blow

Sebastian Vettel’s championship hopes were dealt a serious blow at the Malaysian Grand Prix, where the German qualified last without setting a time when his car succumbed to a power unit problem.

Vettel sits 28 points behind championship leader and Malaysian Grand Prix pole-sitter Lewis Hamilton after his catastrophic first-corner crash last round in Singapore, but his last-place starting position on a weekend only victory will do has compounded his late-season points slump.

Omens of a power unit problem began during Saturday practice, when Vettel’s session needed to be truncated because of an issue with the car. Ferrari worked double-time to replace his internal combustion unit and MGU-H unit — the last of the German’s allocation of each part — but on his first flying lap he reported a lack of power.

“I went out, everything was fine, and during the flying lap in turn five all of a sudden very abruptly I lost power,” he said. “It was lucky that we got back so we could have a look, but unfortunately we could not fix the problem.

“On track what happened was I lost boost pressure, so I had not power, basically — but why, we do not know yet.”

Ferrari principal Maurizio Arrivabene told Sky Sports after qualifying that the problem was “the airflow connecting the engine to the turbo”, though a team spokesperson said it was too early to identify the exact cause.

“We tried to find the problem obviously when we took the engine cover off, but we couldn’t find anything,” Vettel explained. “We decided to fire up to see if we could go again, but as soon as the engine is running, you have telemetry — they checked the data and they could see that the same issue is still there.

“It’s very bitter, but this is motor racing.”

The title permutations make for grim reading. A Hamilton victory with Vettel in third place or lower would allow the Briton to finish second for the remainder of the season regardless of Vettel’s results. A lower-place finish for Vettel this weekend would only constrict his already narrow path back into contention.

At a minimum Vettel’s back-row start will give him the opportunity to fit a host of new power unit parts to his car regardless of the penalties incurred. Ironically the Ferrari turbocharger is the engine part of most concern after the team used six turbos across both cars in the first three races.

The Sepang International Circuit is fortunately one on which overtaking is not particularly difficult, and given Ferrari’s strong pace in practice over a single lap and longer distances, Vettel should at least have little trouble scything through the slower midfield cars early in the race, though he cautioned that specific targets were difficult to make

“I expect that we’ll get back,” he said. “We have a quick car, meaning we can get back to the leading group.

“But I can’t give you a number — I don’t have an expectation in terms of number — but anything can happen; that’s why we go racing.

“We have more tyres than everybody else, we can maybe do something with strategy — then for sure if the safety car comes out at a time that suits you, it might bring you back, then you never know what is possible.

“I want to make sure we achieve our best, whatever that means. We need to extract the maximum, but knowing the race here, knowing the conditions and so on, so I’m fairly open-minded.”

Regardless of the problem and the chances of a positive outcome, Vettel said it was important that the team dealt with it together.

“They pushed like crazy,” he said. “They were full of sweat obviously fixing up the car in time was an incredible achievement.

“In that situation it’s nobody’s fault. Obviously it’s frustrating in a way, but then again it’s not like somebody had the intention to do something wrong. Something went wrong — that, as I said, is part of our sport — but the race is tomorrow.”