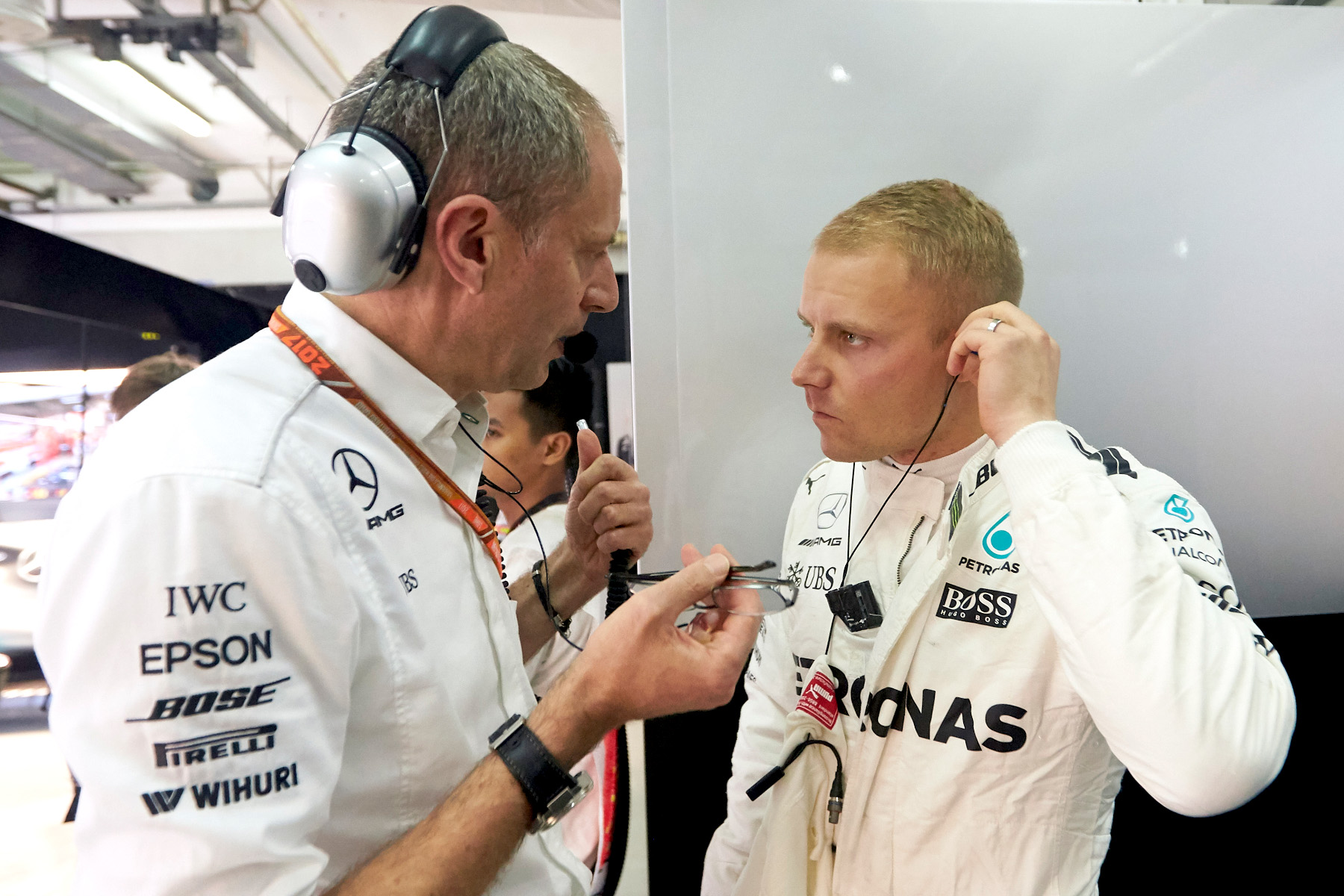 Valtteri Bottas is at a loss to understand his declining qualifying pace relative to Lewis Hamilton since his last victory at the Austrian Grand Prix in July.

Bottas impressed in the first half of the season despite some shaky opening rounds, and by the midseason break his average qualifying gap to Hamilton, a renowned single-lap expert, was just 0.041 seconds.

“The car itself hasn’t changed that much in terms of how it behaves so I can’t blame it for that,” Bottas said. “But after the summer break I struggled a lot more, especially in Spa and Singapore and here today, at least in Q3.

Bottas has joined Mercedes after three years of the German marque being the unquestionably number one team, but in 2017 the change of regulations couple with Ferrari’s renewed challenge has made finding the car’s performance sweet spot far more difficult than in the past.

The Mercedes team has struggled in a number of races — particularly those in hot-weather climates or with surfaces that make keeping the tyres in their correct operating window tricky — but early in the season Bottas was more often the man able to drive around the car’s temperamental qualities.

The team famously had 10 days of 24-hour shifts after the Monaco Grand Prix in an attempt to rectify what team boss Toto Wolff described as a ‘diva’ of a car, and since then the balance of power has slowly shifted back towards Hamilton on the days the car has failed to reach its competitive potential.

“We’ve had many, many difficult weekends this year, as a team and this weekend especially for me,” Bottas said. “I think we have, many, many times approached the weekends in a way that led to the need of making many changes to the car. Starting the weekend like that is never ideal.

“You start on the back foot, you start searching, and the same thing happened this weekend with the set-up — still the car wasn’t easy to drive, so I think the answer is still pretty far away.”

Bottas, however, in his classically cool and collected way, said he would refuse to allow the growing gap affect him mentally.

“It’s tricky being such a big amount of time off the pace. As a driver it’s difficult to accept.

“The answer is that we need to try not to let it get into your head, because that’s never good. In this sport it’s so easy to try too much — in some cases I’ve probably done it too — so I need to take a good look at the mirror and see what I’ve done wrong.”

Of further concern to Bottas is that his car was running a new aerodynamic package. Both he and Hamilton ran it during FP3, but only Bottas opted to keep it in qualifying. That he had more downforce but still struggled only further mystified the Finn.

Toto Wolff, who played a major part in bringing Bottas to Mercedes given his historic connections to the Finn as his former part-manager, said he was worried for his younger driver.

“I think that the car is a little bit capricious, and in combination with the tyres you need to have in the sweet spot to extract maximum grip, that is not easy.

“Valtteri seemed to struggle more with having the car in that sweet spot than Lewis.”

Wolff, however, backed his driver to recover his early season form.

“There are so many factors that play a role that I have no doubt that he, with his intelligence, is going to put the jigsaw together,” he affirmed.

“We have many more races to do together to undo the problem. Very good drivers are able to dig themselves out of a difficult situation, and I have no doubt that Valtteri will be able to do that.”