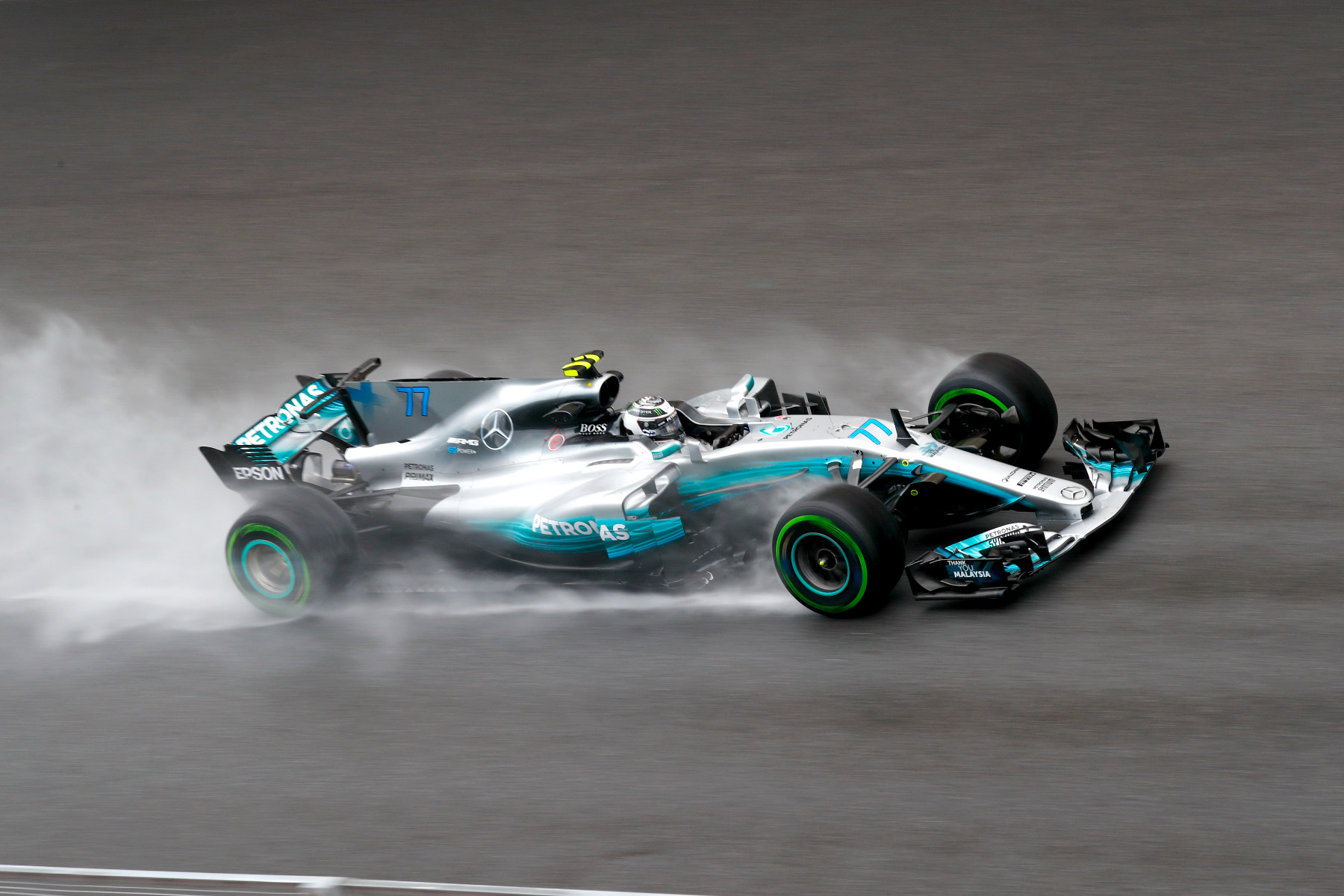 Mercedes drivers and engineers have been left scratching their heads after a painfully uncompetitive Friday of practice at the Malaysian Grand Prix.

Lewis Hamilton led Valtteri Bottas in fifth and sixth after both sessions, with the gap to the fastest car a staggering 2.5 seconds in FP1 and 1.4 seconds in FP2.

Max Verstappen and Daniel Ricciardo led the wet morning session for Red Bull Racing but Ferrari assumed control in the dry afternoon, with Sebastian Vettel putting an impressive six tenths of a second between him and his second-placed teammate, Kimi Räikkönen.

Both 90-minute sessions were truncated — the first due to rain and the second due to a crash by Romain Grosjean — but in neither was Mercedes able to exercise the pace inherent in the W08.

“It’s been a very difficult day,” said Lewis Hamilton, the 28-point championship leader. “I’ve been struggling with the car today, so we have to review and try to understand where we have gone wrong with the balance.”

Valtteri Bottas, though, said that it was grip rather than balance he found troubling on Friday.

“The car balance itself didn’t feel too bad; it’s just a question of overall grip,” said the Finn. “The key area we are going to need to focus on tonight will be getting the maximum out of the tyres over one lap.”

Mercedes struggled similarly in Singapore, where it found managing tyre temperatures difficult in the heat.

At Marina Bay Hamilton qualified just sixth with a time more than 0.6 seconds slower than Vettel’s pole lap, but victory in the race was assured when rain cooled the tarmac down, allowing the Briton to better manage the Pirelli rubber.

Mercedes is having difficulty with the supersoft tyre in particular, which is a low working range compound and is therefore more susceptible to overheating.

As was the case in Singapore during practice, the soft tyre, which performs better in higher temperatures, may be the key to better performance, but perhaps ideal would be for the rain that struck in FP1 to return for qualifying and the race, neutralising this particular weakness.

Even in the rain, however, Mercedes acknowledges that it will have work to do to be competitive.

“The car hasn’t looked strong in any conditions, be it on intermediates or in the dry conditions we had in FP2,” said chief engineer Andrew Shovlin. “We’re looking very carefully at the set-up and the configuration of the car just to try and understand what’s gone wrong.

“We’re going to be working very hard to unpick what we’ve seen today and come back stronger tomorrow, but at the moment it’s clear we’ve got a lot of work to do if we’re to present a good challenge to Ferrari and Red Bull this weekend.”