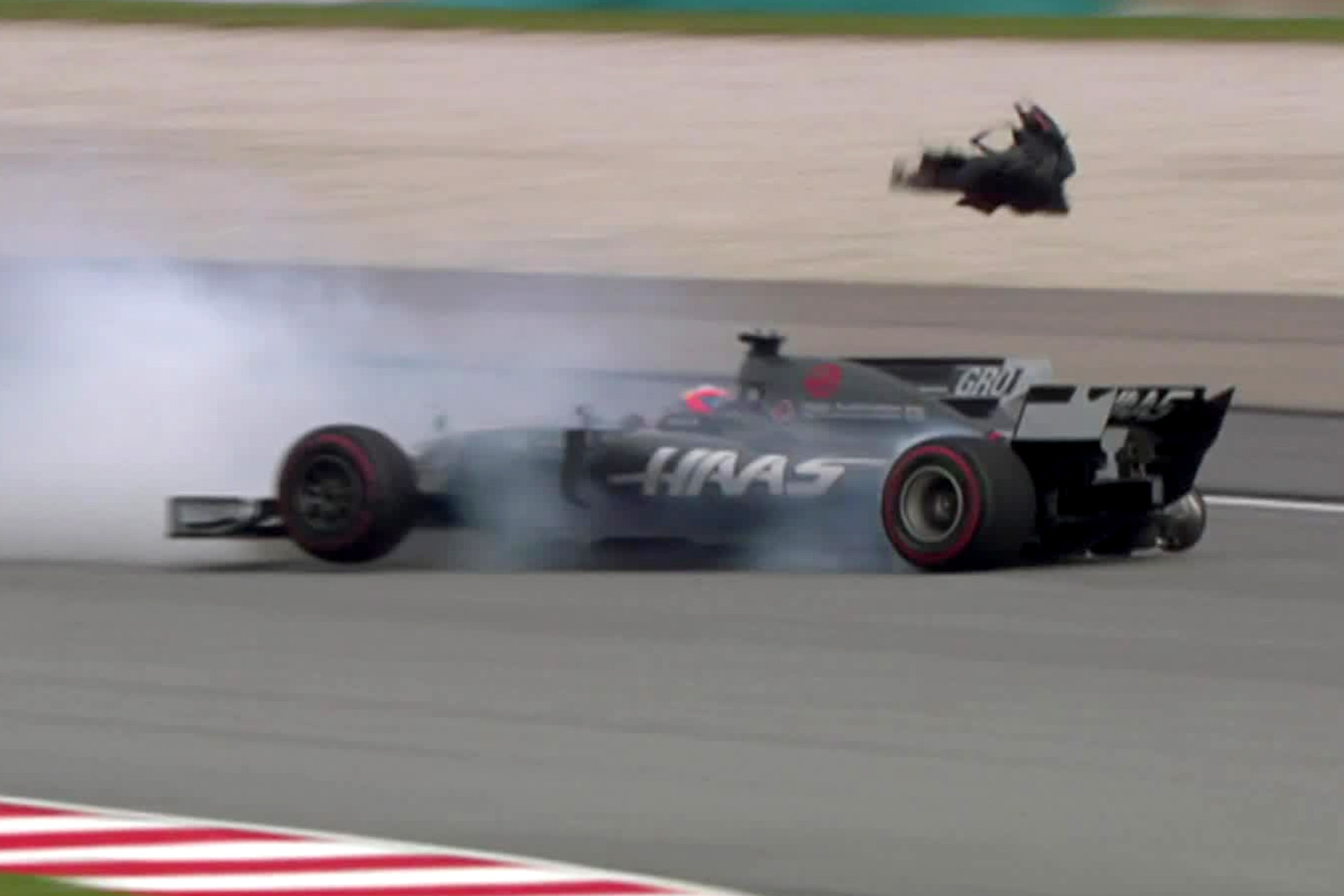 Romain Grosjean said he was lucky to escape serious injury after his car suffered a serious tyre failure when it ran over a loose drain cover.

Grosjean’s Haas drove over the offending grill on the inside kerb at turn 13, which punctured his front-right tyre but completely destroyed the rubber on the left-rear corner, pitching the car into a spin and eventually into the barriers.

The size of the hit was large enough to require a precautionary visit to the medical centre, but the Frenchman was found to be fine — more than could be said about his car.

“It was a pretty big hit — I think I got 17Gs in the barrier. It’s never nice to have, but those cars are very strong since all the safety has been made.

“The worst right now is just to see the guys having to work twice as hard to get the car back in one piece and the fact it was a new floor and we don’t have it new anymore, we don’t have thousands of them and they’re broken.”

Drain covers breaking free from the track, though not unheard of, are rare. The FIA and circuit operators are careful to reduce the likelihood of a grill breaking free because of the immense danger it presents to drivers.

Grosjean said he spoke to FIA race director and safety delegate Charlie Whiting after the crash, and he said he was satisfied the issue would be rectified by Saturday.

“It is a concern, but I know the FIA are going to go through and make sure that everything is in place for tomorrow,” he said. “I have no doubt that they will do that well and we can go racing and racing hard.

“[Charlie] said some things just aren’t strong enough — they’re getting old, and they didn’t see it because of the paint — so they apologised, which is good, and I know that tomorrow they are going to sort everything out so we can go racing.

“We know it’s not great and it shouldn’t happen … but I think now we can focus on the reaction and how we make sure that it doesn’t happen again.”

Regardless of the crash, Grosjean said he and his Haas team is in poor shape for the remainder of the weekend.

“I think in performance on the lap times we’re not looking good,” he said. “In the morning we know what went wrong on the wets, so that should be sorted.

“In the afternoon we were pretty competitive on the soft and didn’t get any lap times on the supersoft — we went actually slower.

“We need to understand that and get some more setup for tomorrow and get up there.”