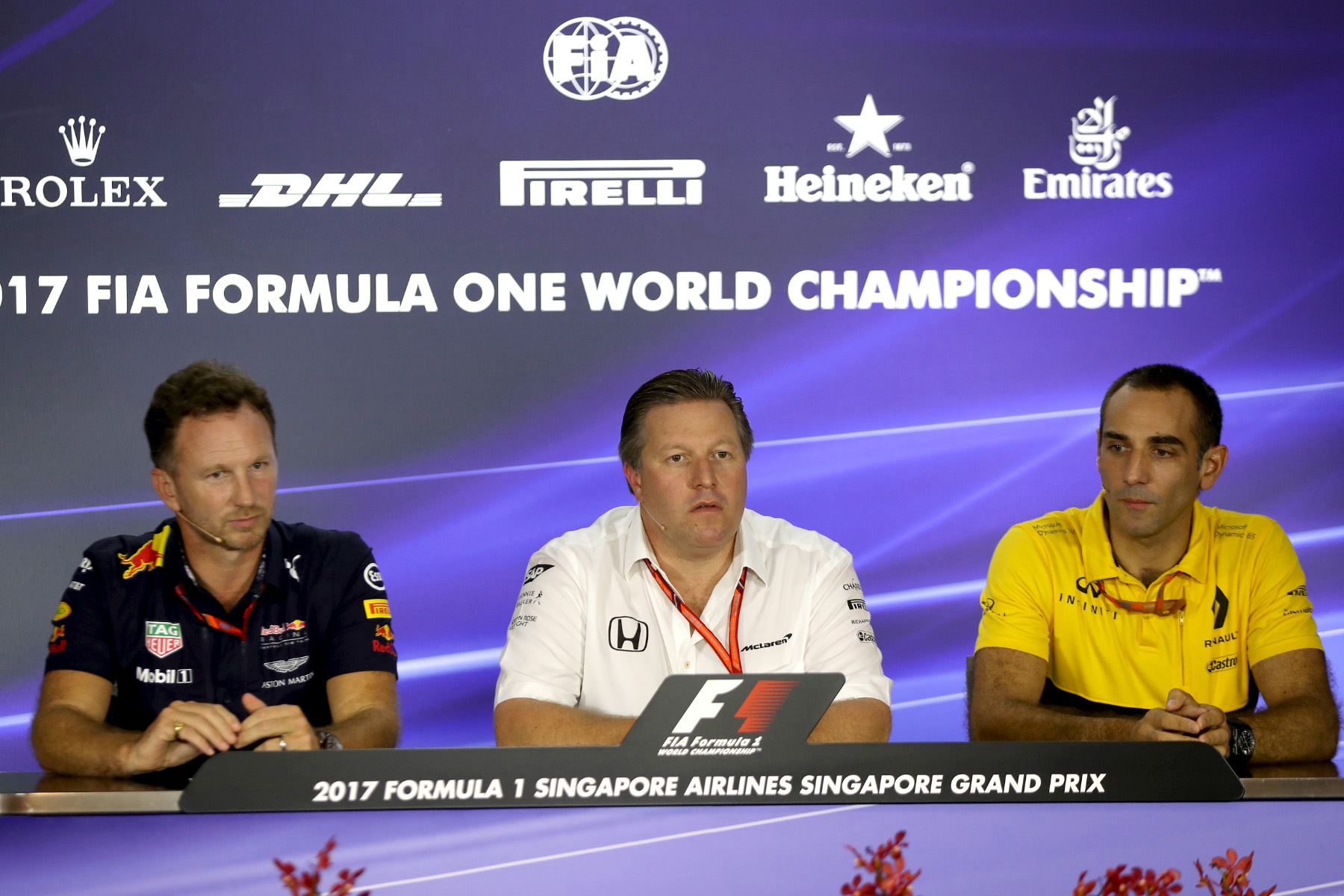 Is Red Bull Racing ready for a works deal?

What should have been a win-win scenario for Red Bull and Honda has turned desperately bittersweet after a series of escalating team and engine announcements at the Singapore Grand Prix.

An increasingly complicated love triangle between McLaren, Renault and Honda — later a quadrangle including Toro Rosso — largely resolved itself with a flurry of press releases late on Friday night confirming:

It seemed like an optimal outcome for everyone — McLaren ditches Honda, Honda stays in Formula One, Carlos Sainz gets a more competitive car by switching to a team that has sought his services for more than a year and Renault adds a high-end brand to its portfolio.

Even Toro Rosso, who one could say is getting a raw deal by adopting the worst power unit on the grid, has something to gain — Toro Rosso is of course a Red Bull-owned team, and in the event Honda can turn its reliability and performance around, both STR and Red Bull Racing will have access to works-status engine supplies.

Better yet, with Red Bull Racing holding a Renault supply contract, if Honda were unable to raise its game to a race-winning standard, the team could simply opt to stick with its current set-up, suboptimal though it believes it to be.

But, like all good Formula One stories, there was a twist: Renault, sensing an opportunity to escape from its long-term Red Bull relationship, turned around and told the team that it does not intend to make its power units available to it from 2019.

The ingenious plan to give Red Bull Racing a choice between the best of both worlds had crumbled.

One would think that an 11-year partnership would lead to a more amicable conclusion, but that Renault appears to have blindsided its longest serving customer is illustrative.

Red Bull Racing and Renault have had a rocky relationship at best in recent times. Despite the pair winning four consecutive constructors championships in 2010–13, the first of which came in the collaboration’s fourth season, the souring of the relationship was rapid from 2014, when the current hybrid engine regulations were introduced.

There is no doubt that Renault has struggled during this time as the field’s third-best power unit, but until this season Ferrari similarly struggled to master the engine regulations and, anyway, in 2014 and 2016 Red Bull Racing finished second in the constructors standings, albeit a long way behind Mercedes.

The sniping has been fierce.

Red Bull boss Dietrich Matescitz infamously told Speedweek in 2015 that, “Besides taking our time and money [Renault] have destroyed our enjoyment and motivation, because no driver and no chassis in this world can compensate for this horsepower deficit”.

Renault hit back, calling Red Bull a “high maintenance” customer and demanding more respect for its motor racing history and its past successes, including those achieved together.

The very public spat resulted in Red Bull tearing up its supply contracts for Red Bull Racing and Toro Rosso without alternatives, and when all three other manufacturers rejected its requests for power it was forced to meekly return to Renault to beg for engines.

Even today the animosity continues, with barbs frequently exchanged — admittedly more often from the Red Bull end of the relationship — and tense joint press conferences offering a window into how icy the relationship has turned.

The partnership has obviously proved beyond repair, and Renault has seized its opportunity to escape from it on its own terms.

The tale begs the question: if Red Bull was unable to deal with the temperamental and lukewarm Renault power units, will it be able to cope with the next-level unreliability and underperformance of the Honda engines should the Japanese company struggle to improve?

“I feel that we are going to have a very good season, a good relationship between Honda and Toro Rosso,” said Masashi Yamamoto, Honda’s motorsport general manager, after the announcement. “I believe that Toro Rosso is a pure racing team. The spirit of Toro Rosso is very similar to the spirit of Honda.”

The weight of history suggests this might not be the case.

Honda may have a single year’s grace in the low-pressure environment of Toro Rosso, but any belief that its new relationship with the notoriously demanding Red Bull company will be any smoother than its experiences with McLaren seems destined to go up in smoke as quickly as its engines have this season.