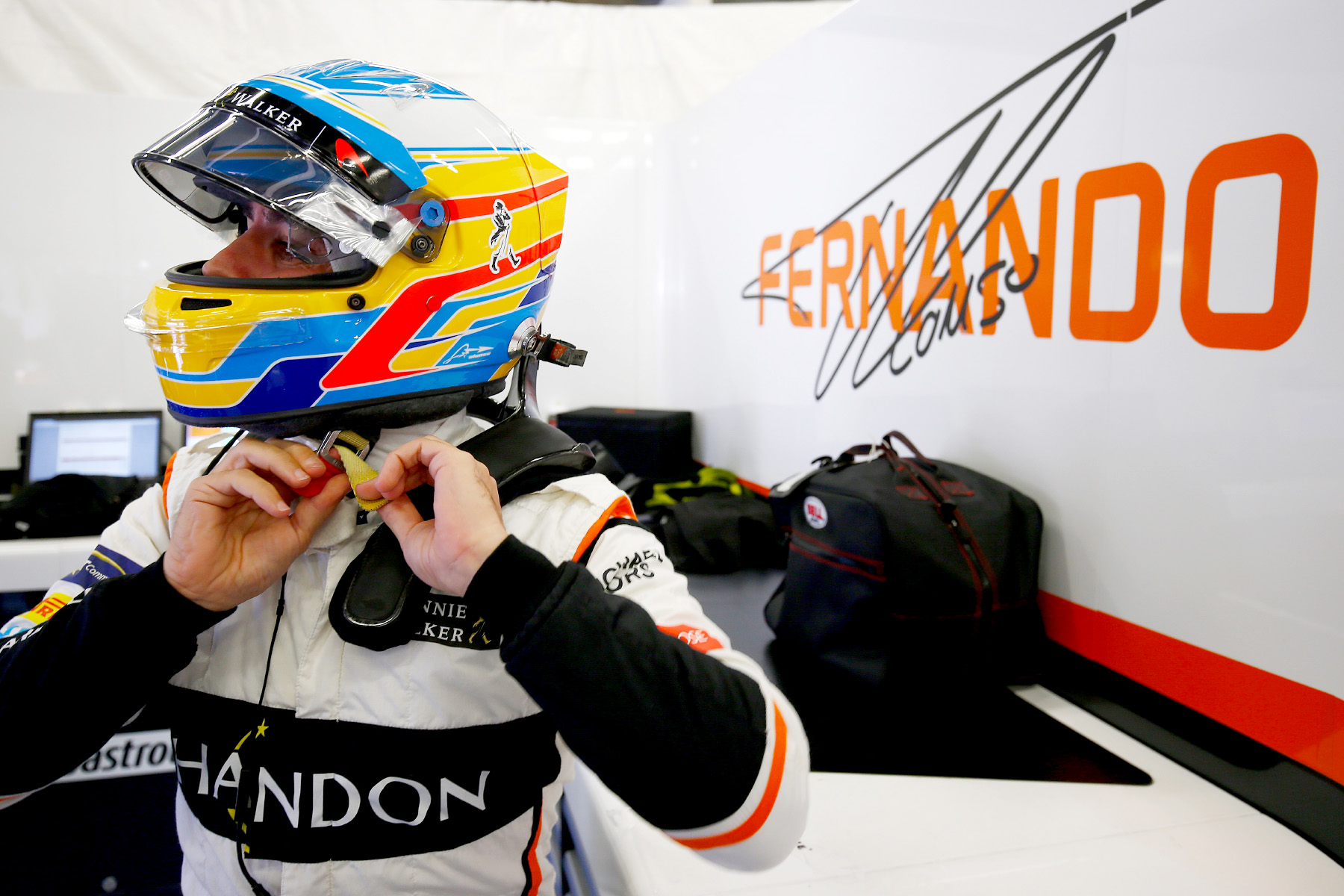 Why Fernando Alonso and Red Bull’s futures are linked

With little fanfare McLaren released a press statement naming one of its drivers for the 2018 season — it just wasn’t the one people wanted to hear about.

“McLaren Honda is pleased to confirm that Stoffel Vandoorne will continue to race for the team in 2018 as planned,” it said, the “as planned” component of the sentence begging the obvious question as to why a press release would be required to announce something that was apparently never in doubt.

This is not a slight on Vandoorne ahead of his home grand prix in Belgium — Stoffel’s potential is undoubtable, even if his debut Formula One season has been decidedly less forceful than his junior years — but rather a reference to the bleeding obvious.

Alonso, as is news to no-one, has long agitated for change at McLaren in the face of Honda’s barely improving power unit, which this season has propelled the eight-time championship-winning team to all of 11 points.

From the beginning of the season Alonso ensured pundits and punters alike knew he was operating at his peak, and before long he was making thinly veiled threats to the effect that McLaren chose him or Honda for 2018.

McLaren, itself aggrieved by the lack of progress from its engine partner, was moved to action.

“Missing upgrades, and upgrades not delivering to the level we were told they were going to, you can only take that so long,” Zak Brown told Reuters in June.

“The executive committee have now given us our marching orders. We’re not going to go into another year like this.”

Its success attracting a new partner, however, has been limited at best.

Almost as soon as Brown essentially admitted his team was on the market both Ferrari and Mercedes declined to be enticed into a relationship, citing satisfaction with their current allocation of customers.

The move immediately left Renault as the only manufacturer left at the table, but it too is reluctant, concerned that extending itself to a fourth supply would risk worsening its already questionable reliability.

In the meanwhile Honda and Sauber agreed and rescinded a supply deal, as if to emphasise how problematic the Japanese motor is. Talk of McLaren coming anywhere near concluding on an alternative power unit agreement dried up, itself suggestive of the state of play.

Indeed some questioned whether Formula One would allow McLaren to lock Honda out of the sport by abandoning its engines — then, as if to answer that very question, Toro Rosso began talks to adopt the unloved power units.

The rationale for such a deal is sound. Red Bull Racing has long had an uneasy relationship with Renault, and Renault’s rapidly improving fortunes as a works manufacturer only cloud the energy drink company’s outlook as a leading team without its own engine.

Honda is of course the only manufacturer in the sport without a works outfit, McLaren notwithstanding, but is obviously nowhere near ready to power a car to wins, let alone championships — but then Red Bull Racing has Toro Rosso, where it places drivers not yet ready to win to give them time to learn their craft. Why not apply the same strategy with Honda, creating a pathway to de facto manufacturer status?

From McLaren’s perspective, Toro Rosso-Honda would simultaneously give the Japanese company an F1 lifeline while freeing up a supply of Renault power units, thereby satisfying Fernando Alonso.

But a fascinating twist has gripped what could have been a relatively straightforward story. Though Toro Rosso-Honda talks collapsed last week, talk of their revival surfaced this week just as news broke of famed engine developer Ilmor coaxing encouraging performance from Honda’s power unit on the dyno.

Time is running out for a deal to be concluded, however. Toro Rosso, though it confirmed its 2016 Ferrari power unit supply in November of the previous year, is understood to have had at least a rough understanding of what it would be working with by September — and September is a matter of days away.

In other words McLaren’s insurance against Alonso’s possible defection back into the arms of Renault, likely the Spaniard’s only viable escape route, hangs by a thread.

With McLaren’s only alternative an attempt to convince Alonso that an Ilmor-inspired Honda engine will be the long-awaited step forward — a daunting task in the face of its emphatically out-of-faith driver — the team can only hope for that which it once decisively blocked: a Red Bull alliance with Honda.

Fernando Alonso’s future at McLaren may depend on it.