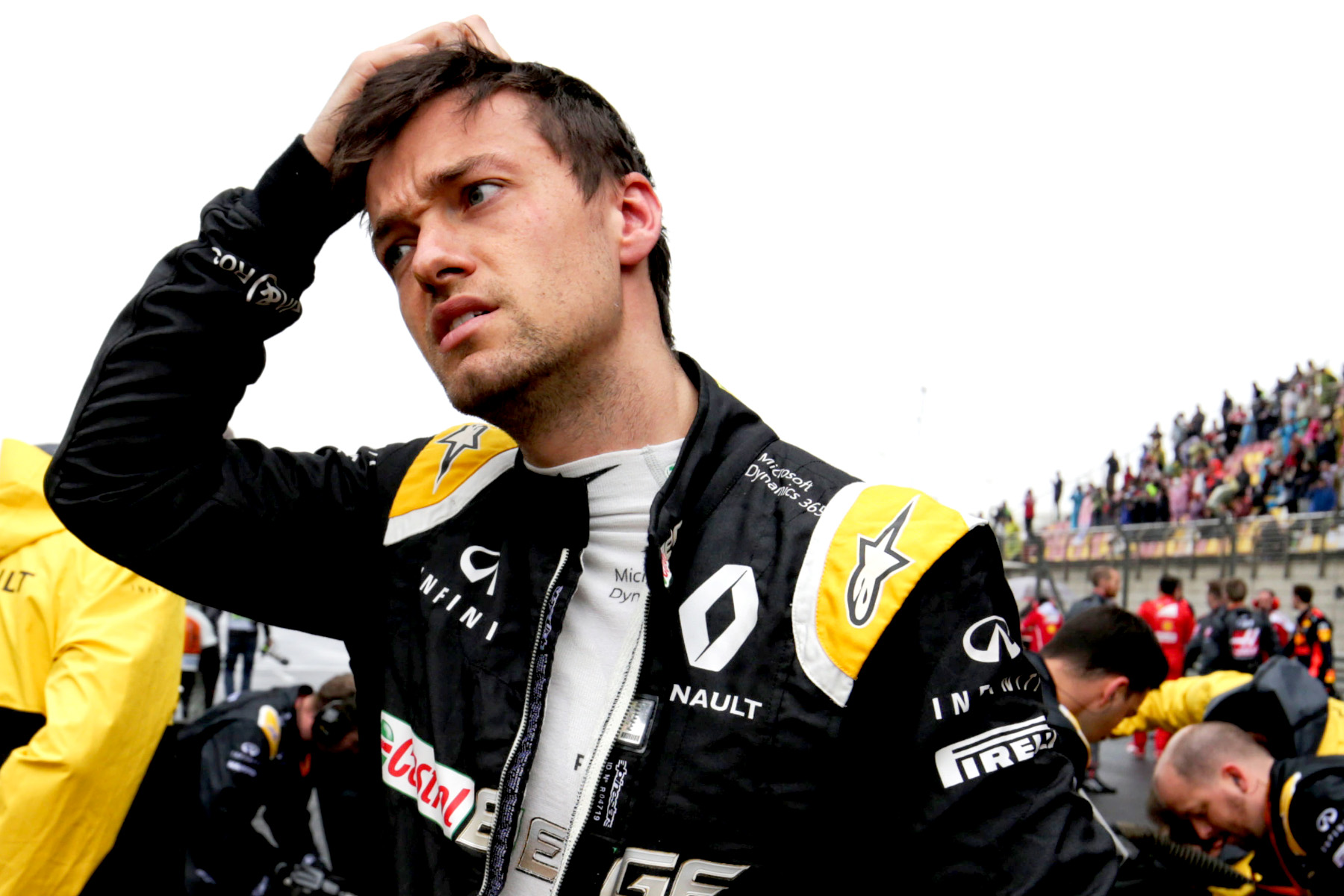 Renault endured a day of contrasting fortunes, with Friday practice delivering Nico Hülkenberg into the top 10 and Jolyon Palmer into the barriers.

The French manufacturer brought some heavy revisions to its car at the previous round in Great Britain, but only enough for Hülkenberg’s car, which the German drove to sixth place for the team’s equal best finish since its F1 return last season.

The RS17 has been inconsistent this season, however, with the car’s qualifying pace often far superior to what transpires to be middling race pace.

Upgrades at Silverstone, in particular a new floor, have done wonders for the car, however, with Hülkenberg praising a characteristic change that has made the car more usable, especially during long-run simulations.

“I think they globally support and help the overall performance but recover of the bad race balance and grip situations we had many times in the past,” he said. “I think this was a big step forward for us in terms of race pace and balance through qualifying.”

Better still is that the upgrade is yet to reach its full potential, hinting at incremental gains to come before qualifying.

“I think there are still things we’re learning [about it]. It always takes a few weekends to discover the update, fully understand it, then you optimise around it.

“Sometimes you have to rebalance and tweak the setup around it, so I feel we’re still in the process of that.”

But while Hülkenberg was satisfied with his Friday in Budapest, his teammate, Jolyon Palmer, suffered a torrid 120 minutes.

The Briton completed just 39 laps all day and caused two of Friday’s four red flags, both of which ended his two respective sessions.

In the final minutes of free practice one Palmer ran wide over the kerbs at turn four, which caused his front wing to collapse, puncturing a tyre and damaging his brand-new floor.

“I went off a tyre’s width or two,” he explained. “For years we’ve been able to go off there and rejoin.

“I wasn’t expecting to destroy the car, so it was a bit of a shock to have so much damage from that.

“I think it’s too severe, to be honest. You might as well have a wall there, because if you go wide and try to get back on again, you’re going to destroy the car.”

“It’s a shame because in FP1 I was really happy with the car. That’s all to the new floor already. Hopefully we can repair it and put it back on for FP3.”

The time it took to repair the damage ate into Palmer’s second practice session, but equipped with the old-specification floor the Briton was unable to find any balance in his car.

After 12 laps of ragged driving, the car snapped from beneath him at the final turn and speared into the barriers.

“Something wasn’t working since the beginning of the session,” he protested. “It was threatening to do that many times. It was like a rally car out there.

“In the end it felt like something broke. They’re looking into it at the moment when it went, because it just snapped and I had zero chance to catch it, but at the moment they see nothing but just a bad balance from the off.”

Palmer is under a great deal of pressure in Budapest, with Robert Kubica driving for the team on the second day of the in-season test next week.

Kubica is in the frame to replace the out-of-contract Palmer, and though team boos Cyril Abiteboul has moved to deny a successful Kubica test could see the Pole replacing the Briton as soon as in Belgium after the summer break, Jolyon’s difficult afternoon has done nothing to boost his stocks.

Noteworthy, however, was that Palmer put in a strong performance at this circuit last year, finished P12 only after a late-race spin deprived him of what would have been is career first points.

The Briton has also won at the Hungaroring in GP2 during his unsuccessful 2013 campaign, giving a small ray of hope to the besieged driver that his weekend could yet turn around.

“Last year also I did about six laps on Friday, so I’ve actually got more laps on Friday this year,” he quipped. “I still like the track. I think the car’s in a good place. It’d be very nice to get the new floor back on.

“Obviously it’s not been a good start. We need a good FP3, we need to find a good balance and see what’s wrong with the car at the moment. It’s possible [to finish strongly], but we need to just try to understand the problems first.”