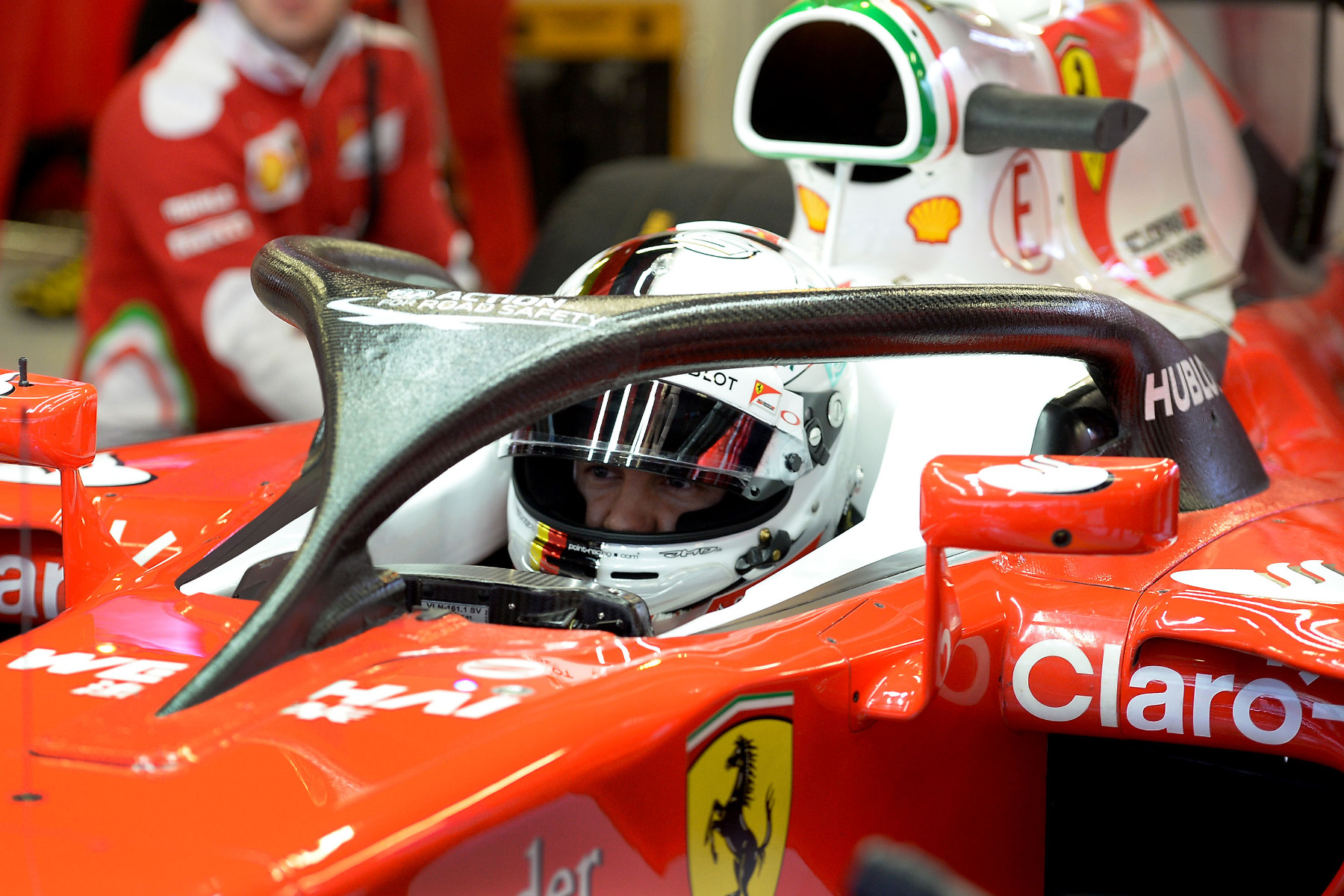 Why F1 must say hello to halo

“The worst looking mod in Formula One history,” is how Lewis Hamilton described the halo when it first broke cover during the 2016 preseason, but after 18 months his pleas for something easier on the eye proved in vain.

Years of deliberation have gone into the head protection debate. Hours of real-world testing have taken place. The so-called halo device itself — a carbon scaffold pinned to the car on either side and directly in front of the driver’s head — never improved in aesthetics throughout, but its protective effectiveness was likewise steadfast.

Alternatives have been suggested and tested. Red Bull Racing’s ‘aeroscreen’ — essentially a car windshield — was at first promising, but it failed FIA tests and has received little further development since.

Focus then shifted to the ‘shield’ model, which culminated in a fleeting trial during Friday practice at the British Grand Prix. Looking like the forward half of a jetfighter canopy, it is undoubtedly the easiest on the eye of the three, but Sebastian Vettel cut its test to just one lap because it distorted his vision so severely it made him dizzy.

The FIA therefore felt it had no choice but to make peace with the halo’s ugliness — albeit in its draft format; refinements will now be made — to make the necessary safety gains to which it had committed in 2016 and had already delayed by 12 months.

“Safety in motorsport is a paramount concern for the FIA,” the governing body said in a statement. “Halo [is] able to withstand 15 times the static load of the full mass of the car and was able to significantly reduce the potential for injuries.”

The backlash has been predictably fierce. Some drivers have publicly spoken out against the design, but the Grand Prix Drivers Association has chosen to keep out of the debate and simply back the FIA’s push for increased safety.

Teams, too, were reportedly reluctant to back the halo’s introduction, but the FIA and the commercial rights holder reportedly outvoted the dissenters. The FIA in any case has a veto over safety rules, which would have guaranteed its passage into regulations.

With so much discord in the sport, it begs the question: is implementing the halo the right decision?

The decision cannot be faulted on safety grounds, because there is no doubting the halo’s safety credentials in protecting a driver’s head from large-debris impacts, such as from a stray wheel or errant piece of bodywork.

There are those who claim that the halo is undercooked because it is of limited effectiveness when faced with small debris — but protecting against small debris, dangerous though it can be, was never the device’s intended aim.

There is of course the aesthetics argument, and this holds some weight, particularly in a year the FIA has happily regulated for faster — read: riskier — and better-looking cars. However, given there is a proven net safety benefit to be had, could the FIA as the guardian of the world championship ethically decide not to improve safety because of purely superficial objections?

Some will attempt to mount a philosophical argument here, contending that the halo is somehow contrary to the world championship itself, but to take this position is to conflate philosophy with aesthetics: the look of the device in its current form may not be a neat fit, but advancing safety is certainly fundamental to modern Formula One. Indeed to argue that mortal danger is in F1’s ‘DNA’ is to say that driver death is integral to Formula One, which is unacceptable.

The reality of the situation is that head protection in Formula One has been inevitable since the moment all stakeholders agreed on this principle in 2016 — yet what is undoubtedly frustrating, certainly for the FIA, is that debate appears not to have moved past this point. The same old arguments of ‘sanitising the sport’ remain prevalent.

Implementing the halo is one way of progressing the debate, and perhaps the FIA is of the not unreasonable belief that implementing the unlikable device will galvanise development of better-looking alternatives and extinguish the arguing completely. F1 is as much a marketing exercise as it is a sporting and technical challenge; such an unmarketable device is sure to spur all players on to find a better solution as soon as possible.

In the meanwhile those hysterical voices ought to consider that Formula One has never been an unchanging entity. Just as the cars of the next decade will bear only minimal resemblance to today’s machines, so too will today’s primitive debate about ‘neutering’ or ‘sanitising’ the sport be looked back upon as irrelevant, just as all conservative arguments against safety advances in F1’s past have done.

Head protection is now a permanent part of Formula One, and this isn’t the end-of-days scenario espoused by so many. Who, for example, could look at McLaren’s MP4-X or Renault’s RS2027 and think they offer anything other than an exciting glimpse of the future? Yet integral to both is a closed cockpit, the logical conclusion of the head protection debate against which so many still protest.

Only by allowing progress, including the halo, can Formula One make that future attainable — and progress, in truth, is the only thing at the centre of our sport’s DNA.