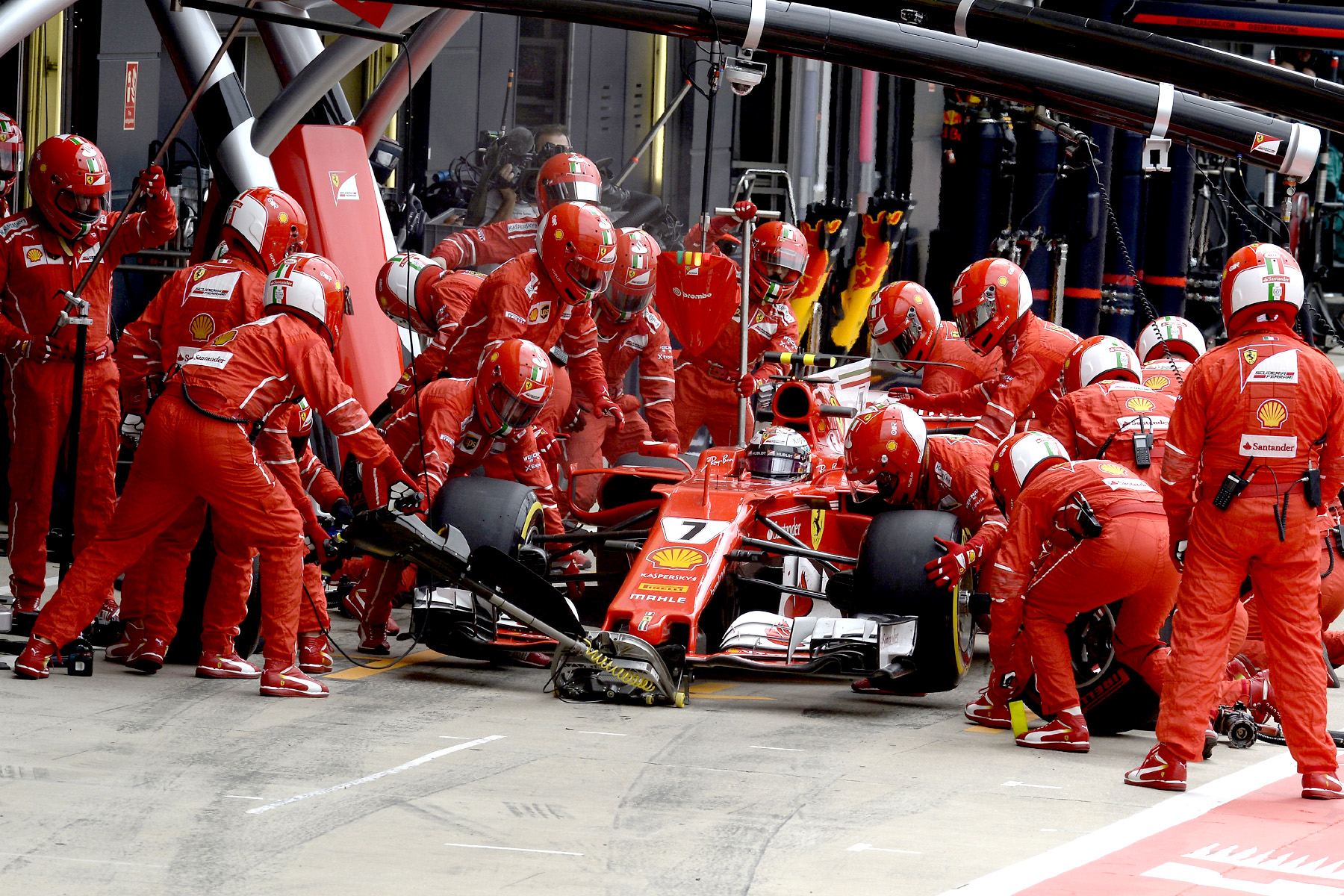 Pirelli has assured the sport that it will fully investigate the causes behind Sebastian Vettel and Kimi Räikkönen’s front-left tyre failures that cost the team second place at the British Grand Prix.

Kimi Räikkönen had confidently held second place from the start of the race and held a four-second gap to the pursuing Valtteri Bottas when on the penultimate lap is left-front tyre delaminated, forcing him into the pits.

By chance Max Verstappen chose to pit on the same lap — his tyres had reached the end of their useful life — and then Sebastian Vettel’s sister Ferrari suffered a front-left failure of his own.

The combination of Verstappen and Vettel’s problems meant Räikkönen lost only the one place to Bottas and finished third on the podium.

In an impromptu media briefing after the race, Pirelli’s head of car racing, Mario Isola, said the company was operating on the assumption the two failures were different but that the cause for either is unknown.

“We are obviously investigating the tyres as usual, but considering what happened we believe — but it has to be proven — that the mode of failure of the two tyres is different.

“What we can exclude is that we had any carcass failure on Kimi’s tyre, because if the tyre is still inflated there is a part of the tyre that is damaged, and we will investigate deeply all the tyres, not only this tyre.

“For Sebastian we have to check what happened. Sebastian had a different issue with a loss of air, so we have to understand.”

Earlier after the race a Pirelli spokesman emphasised that the loads experienced around Silverstone with 2017’s higher downforce cars was substantially more significant than that experienced previously.

The circuit layout punishes the right-front tyre in particular, but despite both failures being on that corner of the car, Isola said Pirelli would not assume any easy answers.

“We are investigating 360 degrees,” he said. “It’s too easy to say, ‘It’s wear,’ and close that investigation, and that isn’t professional from our side.

“I’m not excluding anything, because to be sure that we come to the right conclusion we need to be with an open mind and consider anything.”

The first step of Pirelli’s investigation, having analysed the damaged tyres, is to consult with Ferrari to look into data reports from the affected cars to investigate any machine-specific characteristics that could have triggered the failures.

“We started to work immediately after the race, as soon as we had the tyres in the fitting area,” he said.

“We are working together with the team, because obviously the data from the teams is a very important part of the investigation.

“From the telemetry we can understand if there were vibrations, if we had high localised temperature — any indication could be useful for us to better address the investigation.”

Tyres from other cars will also be analysed for precursor signs of the Ferrari failures.

“We will investigate the tyres from other cars, especially the quick ones, to have a comparison,” said Isola, though he added, “We don’t have any other evidence of any issue.

“It is in the interests of everybody to understand what happened.”

Pirelli is expecting to report back to the sport this week once further detailed analysis has taken place at its base in Milan.