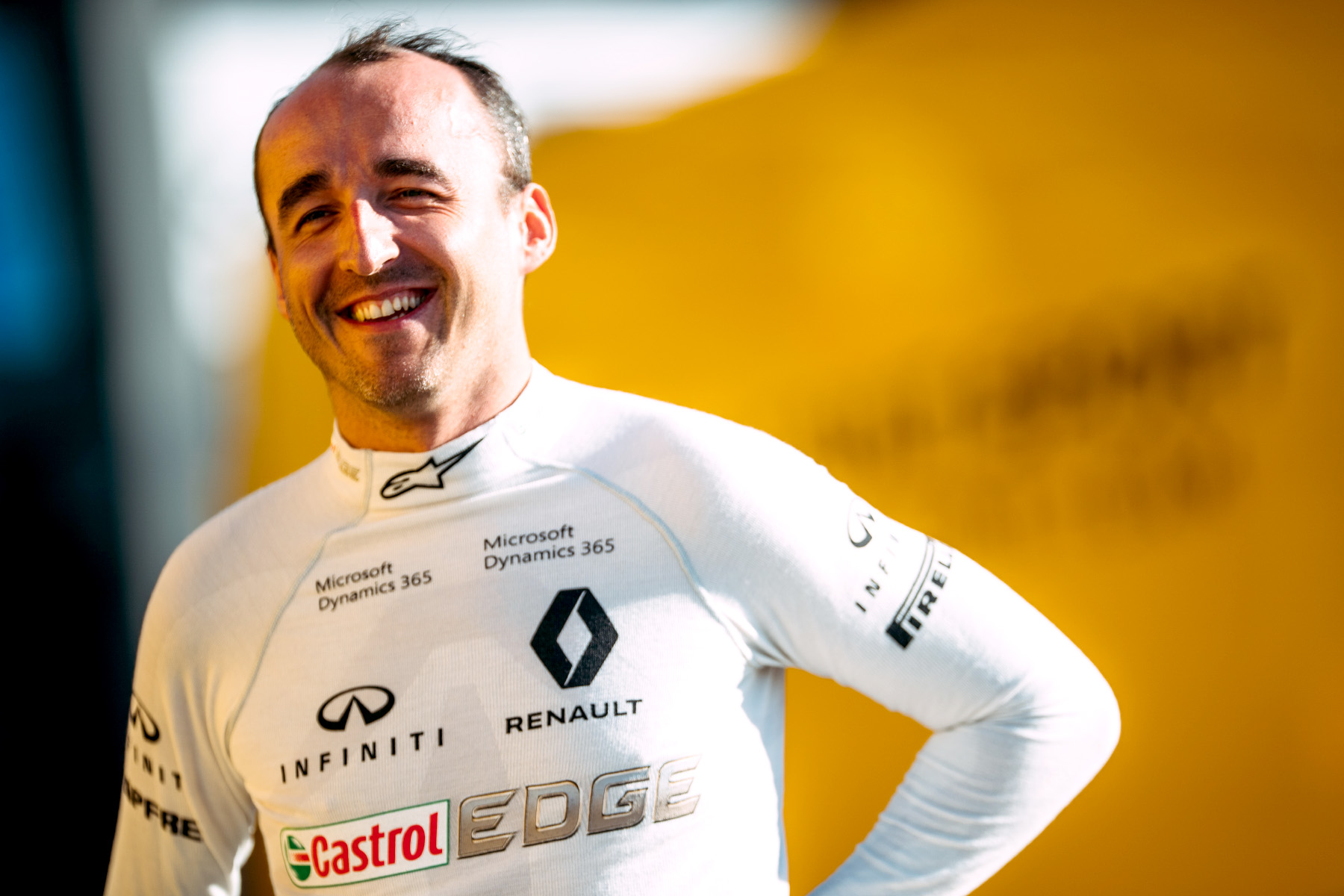 Kubica firms in Renault frame for 2018

Former Formula One driver Robert Kubica is solidifying as the favourite to replace the almost certainly outbound Jolyon Palmer at Renault in 2018 after the Pole completed another F1 test this week.

Kubica was granted a 115-lap testing session with the French squad in Valencia on 6 June, which Renault managing director Cyril Abiteboul said was the team making use of a cancelled marketing day and circuit booking.

But the driver’s performance in the Lotus E20 — the Enstone squad’s 2012 car — was sufficiently impressive that talk of a trajectory back to Formula One proliferated unfettered, and that he reportedly outperformed full-time reserve driver Sergey Sirotkin, who was also driving on the day, added fuel to the fire.

A second test was quietly planned following Kubica’s demonstration run at the Goodwood Festival of Speed, and on Wednesday around Circuit Paul Ricard Kubica completed 90 laps in the E20 with a view to assessing his ability to make a Formula One comeback.

“I can still tell you he’s very quick,” Abiteboul said in Britain on Friday. “He’s still very consistent and, more importantly, he still has the energy and drive and enthusiasm he always had and carried to him and to the team.”

Abiteboul added, however, that the Pole’s promising performances should not be read speculatively and that there is still some way for him to go before he could be declared ready to return.

“It’s not like a test you are passing at an exam. We’ve not seen any obvious roadblocks — [but] having said that, testing in this circumstance and testing into a more modern car is something completely different.

“There is a big reality that it is a Formula One car from 2012 with demo tyres, with V8 engine … it doesn’t really match the current F1 car, so whatever we do is not quite representative.

“In that second test, however, we worked towards what could look like a plan to give both him and us the opportunity to assess his limitations and abilities.”

Kubica has clearly been heartened by his own performance, and though he requires a special modified steering wheel that places most functions within reach of his uninjured left hand, he believes his chance of returning to the sport has been greatly enhanced by his test programme.

“If you asked me how much I was realistically thinking that coming back to F1 was possible [before the test], I would have put myself up to 10 per cent or maximum 20 per cent chance,” he told Auto Express.
“Because I’m very realistic, and I’m keeping my feet on the ground, I’d put it [now] at 80 or 90 per cent.”

Speaking after his second test, Kubica re-emphasised his readiness.

“Physically there are no problems,” he told French paper L’Equipe. “My doubts about my capacities have disappeared with these two days of tests.

“I am no longer afraid of not being at the level, but there remains a way to go.

“I have not yet driven a current F1 car. It would take me two days of tests in a current car — that would accelerate my chances 1000 per cent.”

Fortunately for Kubica, a two-day in-season test is due after the Hungarian Grand Prix at the taxing Hungaroring at the end of the month — a circuit that would comprehensively test his abilities in up-to-date machinery — but Abiteboul has thus far refused to be drawn on further tests, including the post-Hungary sessions.

“It’s really too early to talk about next steps, I don’t want to add to speculation,” he said.

“Right now the focus is on getting the most out of the overall line-up and package we have, and then we will be thinking about 2018 in due course, which is not just now,” he said.