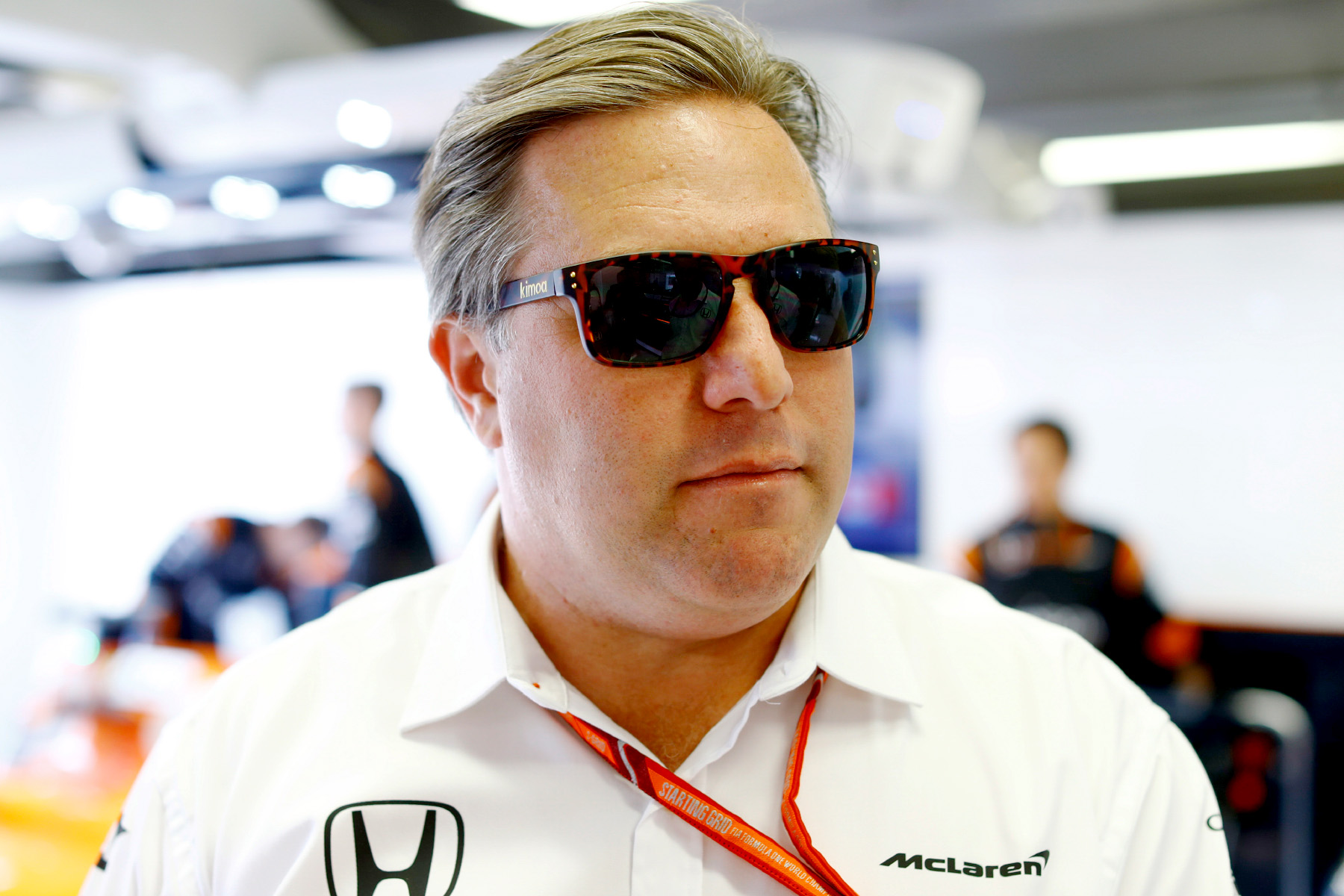 McLaren was in the middle of a race this weekend, but it wasn’t the Canadian Grand Prix.

While Formula One busied itself on-track in Montreal, McLaren engaged itself in a race against time to make a definitive decision on its future with Honda, its ailing power unit partner.

After two seasons and six rounds of uncompetitive misery, something snapped in the boardroom of the sport’s second-most successful team.

Perhaps it was the taste optimism at the Indianapolis 500 two weeks prior, where Fernando Alonso threatened to win the race until — you guessed it — his engine failed in the final stages of the event.

Or maybe it was the news that Honda wasn’t yet ready to introduce its newest specification engine in time for Canada, an already later-than-promised date for introduction.

Whatever the reason, executive director Zak Brown, eschewing the team’s restrained and conciliatory tone, told Reuters he was close to breaking point.

“Missing upgrades, and upgrades not delivering to the level we were told they were going to, you can only take that so long,” he said. “We’re near our limit.

“The executive committee have now given us our marching orders. We’re not going to go into another year like this.

“Our preference is to win the world championship with Honda. But at some point you need to make a decision as to whether that’s achievable. And we have serious concerns.”

A split between the racing and automotive giants has long been speculated — indeed Honda has a fall-back lined up with a newly inked deal to supply Sauber with engines in 2017 — but Fernando Alonso’s IndyCar foray took the pressure off the team’s form and bought the Japanese company some time.

But with the novelty now expired and attention back on McLaren’s last place in the constructors standings — zero points, its worst ever start to a season — Honda’s lack of delivery during this grace period has put the relationship into freefall.

The weight of these words isn’t to be underestimated. Remember here that the very reason McLaren-Honda exists, the very reason a deal for Honda power was made despite McLaren holding a contract for class-of-the-field Mercedes engines, is that the team was of the unwavering belief that customer teams cannot win championships.

Regardless of whether McLaren and Honda proceed to divorce is almost irrelevant at this point: the very foundation of the relationship has been annulled.

This column opined during the preseason that strong campaigns by either customer team Red Bull Racing or Fernando Alonso’s former team Ferrari would be enough to break McLaren-Honda, and indeed that collapse is now coming to pass.

That Red Bull Racing was strong enough to win podiums in both Monaco and Canada despite being powered by down-on-power Renault engines is testament to how wide of the mark the McLaren-Honda works philosophy has thus far been.

So too has Ferrari’s championship-contending form proved problematic — not only because Fernando Alonso burnt his bridges there on the way to what he expected to be greener Woking pastures but doubly because few expected the Italian team to turn around its woeful late 2016 form so significantly. On the other hand, most anticipated Honda’s improved 2016 form evolving into podium finishes this season when the opposite is true.

The truth of the matter is that McLaren-Honda has run out of excuses — but, believe it or not, the bottom of this barrel is still further down for the historic team.

“We have to win,” Fernando Alonso said in a pre-race press conference when asked about his McLaren contract, which expires at the end of the season. “If we are winning before September or something like that, I will make a decision and I will stay.”

The walkout of perhaps the greatest driver of the generation would deal McLaren a final crushing blow, and Zak Brown knows it. Holding onto Alonso, therefore, if more than about keeping a talented driver on the books; keeping Alonso is a matter of team dignity.

Two triggers can finish the McLaren-Honda nightmare. Fernando Alonso, whose vote of no confidence would leave the team purposeless, holds one. The other is held by Zak Brown, who can realign the once great McLaren away from Honda with enough time to save an entire generation of the team from being consigned to history as a failure.

It seems increasingly obvious which trigger will be pulled first.