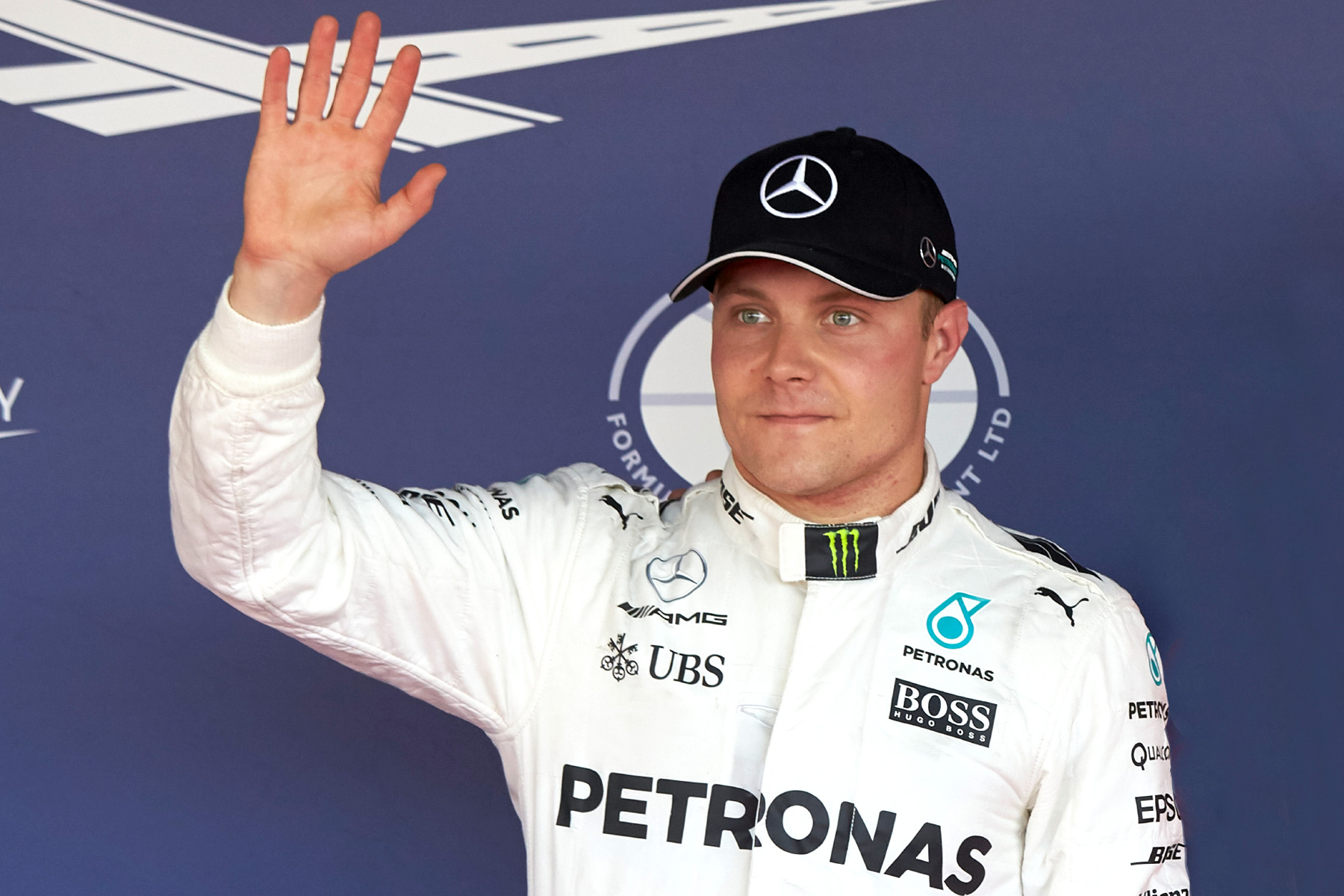 Valtteri Bottas has recorded a commanding first Formula One victory after beating both Ferraris to first place in the Russian Grand Prix.

Bottas started third on the grid behind pole-sitter Sebastian Vettel and his Ferrari teammate Kimi Räikkönen, but the Finn leapt both on the first lap and seized the lead into turn two, after which the Mercedes driver never looked back.

The Mercedes pit wall put its leading driver on the conventional Russian Grand Prix one-stop strategy, switching him from the ultrasoft tyre to the supersoft compound on lap 28, roughly in the window of the rest of the field.

Bottas was only pressured for the lead in the final stint, after Ferrari executed a lopsided strategy for Vettel that had him stop seven laps later, giving him a small tyre performance offset with which to close down the gap to the lead.

At first the strategy looked futile, with the battling duo trading similar times, but a Bottas lock-up slowed the Mercedes and temporarily rattled the Finn’s nerves, allowing Vettel to close the gap down to less than one second in the dying laps of the grand prix.

Bottas, however, steadied, and taking the flag by 0.6 seconds and claiming a personally historic first Formula One win.

“This strange opportunity came to me in the winter to join this team, and thy made it possible today. I really want to thank them; without them it wouldn’t be possible.

“We’ve had a tricky beginning of the year with the fight with Ferrari. Today it was very close — we managed to be on top, but we need to keep pushing, we need to keep finishing with both cars one and two, but we’re very, very happy now.”

Sebastian Vettel was gracious in defeat, knowing that he was able to extend his championship advantage over both Lewis Hamilton and Kimi Räikkönen in the process.

“I obviously tried everything to catch Valtteri,” he said. “But I think this is the man of the race today. A big congrats to Valtteri, it’s his day.”

Vettel lamented the fact Ferrari’s unusual strategy didn’t win him any advantages, but said it was worth trying in what was otherwise a straightforward grand prix to navigate.

“We didn’t come out ahead, but I had fresher tyres in the end,” he said. “Obviously there was a gap to Kimi behind, so I think we just decided to try and extend as much as possible. That was the plan, so I think we tried everything.

But obviously we lost the race at the start, which is a bit of the shame.

“I think our start was probably a match with Valtteri … but then obviously he had a massive tow. By the time we approached braking he was already in front and shut the door on me, so well done.

“He did a superb first stint, I couldn’t stay with him. No mistakes. As I said, man of the race.”

Kimi Räikkönen finished third on the podium and 10 seconds behind the lead in a much-needed solid performance by the sport’s elder statesman, even if he was never in victory contention alongside his teammate.

“I think I have had a little bit of a rough start to the season, far from ideal,” Räikkönen said. “This weekend for sure has been a step forward.

“We’ve been more happy with how things have been running, but we still only finished third. We lost out after the start, and then not a lot happened after that.

“We’ll keep trying, keep improving, and I’m sure we’ll get there. It’s all about all the small details being exactly there, then you’ll get first place — it’s the small differences that make a big difference in the end.”

Lewis Hamilton put in an anomalous performance that saw him finish more than 25 seconds behind his victorious teammate.

The Briton had been off the pace all weekend on both preferred tyre compounds, but in the race complained of overheating while he struggled to keep up with the leaders.

The drivers title table has Vettel 13 points ahead of Hamilton with Bottas a further 10 points behind, while Raikkonen sits 37 points off the lead.

Max Verstappen finished fifth, jumping to that position off the grid by passing Felipe Massa and his teammate, the later of whom soon after retired with a right-rear brake failure.

Massa would have finished close behind the Dutchman, but a late-race slow-puncture forced the Williams driver to make an unscheduled stop, dropping him to ninth behind both Force India drivers, led by Sergio Perez, and Renault’s Nico Hülkenberg.

Carlos Sainz took home the final point of the race in tenth, up from P14 after a three-place grid penalty for a Bahrain Grand Prix collision was judged to be his doing.